Pain for the Akashas as drugs case delays in US 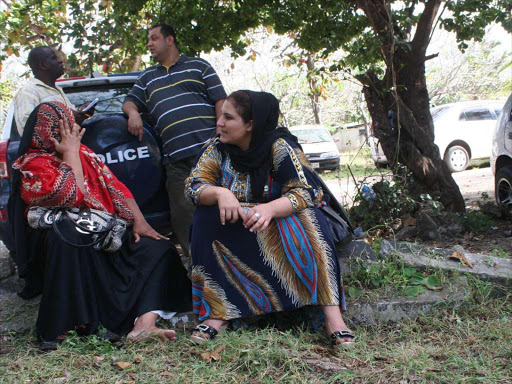 His two sons Baktash Akasha 40, and Ibrahim Akasha 28, were extradited to the US in January 2017. They face charges of conspiracy to export heroin and methamphetamine to America. Two foreigners, Gulam Hussein (Pakistani) and Vijaygiri Goswami (Indian), were also extradited.

Widow of the slain drug baron, Fatma Akasha, 62, said relatives and friends have deserted the family since her sons were extradited. Weeping, Fatma narrated how her family had fallen on hard times.

She said the family is suffering since the two were “abducted” and taken to the US. The family is struggling to make ends meet, they were the breadwinners, she said.

“We are appealing to the government to intervene. Allow my sons to be tried in Kenya. I am struggling to raise my grandchildren,” Fatma said.

Family lawyer Cliff Ombeta told the Star yesterday Baktash and Ibrahim’s case has not yet started in a New York Court as the family fights the “illegal extradition”.

Ombeta is furious about the extradition of his clients and an attempt by security agents to reposess Akashas’ property. The state claims the wealth was acquired through drugs proceeds.

“Some of the property was acquired by the deceased and can only be confiscated after due process is followed. There needs to be confirmation the family indeed engaged in the drugs trade,” Ombeta said.

The state is in the process of confiscating vehicles, land and other property it claims was acquired through the illegal business.

Ombeta said the Akasha brothers’ trial might collapse since the two were “kidnapped” and “expelled” from Kenya. He said the US court has no jurisdiction to hear the case. Ombeta said his clients should have been extradited formally as required by law. Two attorneys, Christopher Cassar and Dawn Marcella Cardi are representing the Akashas.

“It is one year and three months and the case has not began. They are still doing preliminaries. We would have concluded the case here. They raised fake bribery allegations to deport them,” Ombeta said.

“We will demand that the US prosecutor reveals the names of lawyers and magistrates allegedly involved in bribery in the Kenyan court,” he said.

According to the United Nations, the global drug trade generates an estimated $321.6 billion (Sh32 trillion). In a recent report, the US Drug Enforcement Agency and the UN cited corruption as a key factor hindering the war on drugs in Kenya.

Ombeta said if the Kenyan government cared about the following law, Director of Public Prosecutions and the police should not have allowed the extradition.

“We were in the middle of a process of extradition, and the court was about to make a ruling on January 30. But we were violently attacked on January 28 and my clients deported. The US broke the law,” Ombeta said. His clients don’t believe they will get fair trial in the US, Ombeta said.

US authorities say Baktash is the leader of an organised crime in the family in Kenya. They say he is responsible for the production and distribution of narcotics in Kenya and across Africa.

Hussein, a long time associate of Goswami, heads a transportation network that allegely distributes narcotics throughout the Middle East and Africa, and has acknowledged responsibility for transporting tonnes of heroin by sea.

Baktash, Ibrahim and Goswami are accused of negotiating on behalf of the Akasha Organisation to procure and distribute heroin from suppliers in Afghanistan and Pakistan.

Fatma said it would take almost three months to process with lawyers for family members to be allowed to visit the brothers.