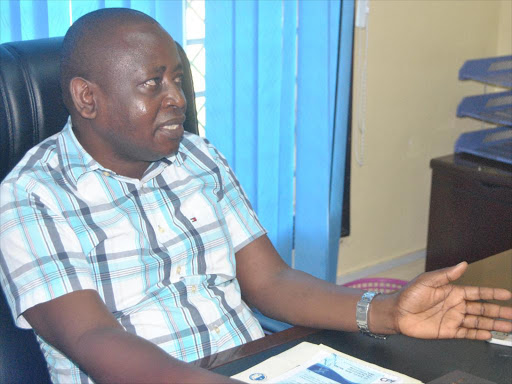 Malindi Water And Sewerege Company Ag. Managing Director Gerald Mwambire addressing journalists in his office on the plan to increase water tarrifs in Malindi on May 18./ALPHONCE GARI

Malindi, Magarini and Kilifi North residents will soon pay more for water after the Malindi Water and Sewerage Company announced it would raise rates.

It said it must stabilise water supply to sustain services.

Officials said the tariffs were last reviewed in 2012.

Currently domestic and residential customers using zero to six cubic metres pay Sh55 per month. They will have to pay an extra Sh20.

However, state agencies, institutions and commercial and industrial organisations will pay more.

However, with the new tariffs, they will pay Sh140 and Sh180 per cubic metre.

Public boarding schools will dig deeper into their pockets as those using between zero and 600 cubic metres will have to pay Sh120 per cubic metre.

Gerald Mwambire, the acting Mawasco MD, on Friday appealed to residents to support the company to improve services.

He said in Magarini, the production costs per month was Sh2 million, while the revenue collected from rates was Sh400,000.

“The supply of water has to be stable. We intend to improve more on infrastructure. Magarini is highly affected,’’ Mwambire said.

He added that they have been losing money forthree years.

“Insofar as water is a right to everyone, it’s costly to produce.”