I went to Israel to seek peace, Ngao tells his critics 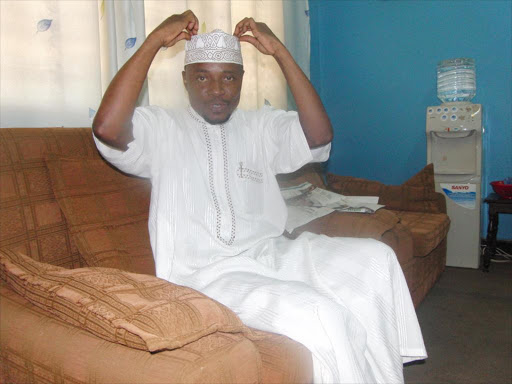 Sheikh Juma Ngao during the interview on Thursday at his office in Shanzu.

Sheikh Juma Ngao has opened up about his trip to Israel last month for which he was criticised for “going to a nation that kills Palestinians”. Speaking to the Star on Thursday evening in his office in Mombasa, he said he was among African Muslim clerics invited to find a lasting solution to the Arab-Israeli conflict.

“Prophet Mohammed, in the Koran, teaches that Muslims should go where there is conflict to try and solve matters,” Ngao said. The Kenya Muslim National Advisory Council chairman said most Kenyan Muslim clerics are hypocrites and ignorant about Islam. “They need to learn more about Islam. Their jealousy is blinding them and preventing them from learning about true Islam,” said Sheikh Ngao.

In a statement on March 14 on its Facebook page, the Kenya Muslims News described Israel as a “criminal and apartheid state that continues to kill thousands of Palestinians, including children and women”. But Ngao said: “Saudi Arabia is responsible for deaths of Muslims in Yemen. Does it mean we should not go to Mecca for the pilgrimage?”