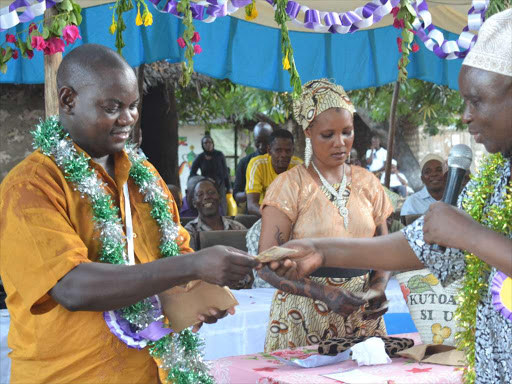 Coast parties will give you a run for your money in the Malindi parliamentary by-election, Kadu Asili has warned Cord and Jubilee.

“The voice of the people is redirecting them to a Coast-based political party. So, if one thinks that it will be the big coalitions, let them think again. The third force might shock them,” the Kaloleni MP said.

“I had a lengthy and fruitful discussion with the elders. Since they have openly stated they will support a Coast-based political party in the by-election, as Kadu Asili we will also have our candidate in the ballot,” he said.

Gunga said the party will announce its flag-bearer this week or early next week.

“Currently our election board is interviewing the six aspirants who applied for the party ticket,” he said.

Gunga said the current wave in Malindi is not about big political parties but leadership with clear ideologies.

“We are prepared as a party to show the region that regional parties have a mark in the region they belong. In 2017, the party will have aspirants in every political post ranging from ward representative to the presidency,” he said.

“We have been doing that for leaders of Coast-based parties. We held three meetings with Ganze MP Peter Shehe and we welcome other regional parties’ officials for more talks,” he said.

“Even after the by-election, the consultations will continue because we want to bring party leaders into one basket.”