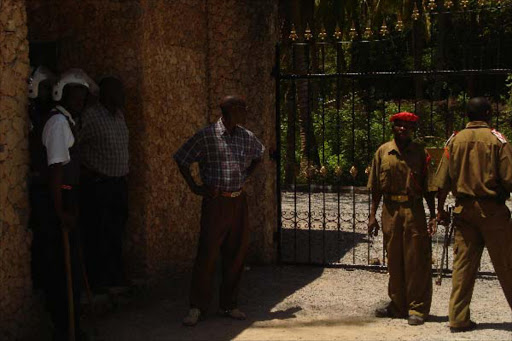 The Sh1 billion Temple Point Resort in Watamu is still mired in ownership wrangles after a Malindi court ordered a German couple to surrender it to two other directors.

Both parties claim legal ownership of the hotel, despite the ruling delivered last Thursday.

Hans Langer and his wife Zahra have been running the hotel since 2010 under Accredo Ltd.

The court ordered Stefano Uccelli and Isaac Rodrot to take over.

Langer told journalists on Monday that only Uccelli would be allowed in the hotel as per the orders.

He said he would not accept Rodrot on the premises, as there were 14-day stay orders issued by the court.

Langer said he would appeal against the ruling, which he said favoured “thieves”.

A group of residents led by Watamu MCA Ibrahim Matumbo have been camping at the hotel since the ruling was made.

On Friday, they blocked attempts by Rodrot and his team to access the hotel.

“The judge has been in Malindi for less than three months. He does not have the history of the hotel dispute,” Matumbo said.