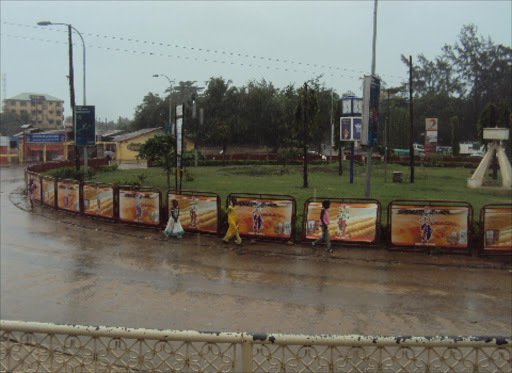 REDEEM: A view of Malindi town after the rains yesterday. Photo/Alphonce Gari

Malindi investors are forming an association to champion for their rights to restore the good image of the tourist resort town which has deteriorated in the past few years.

The association shall incorporate both local and foreign investors doing tourism-related business. Rob Marini, a prominent investor in Malindi, told the Star that they are fed up with the poor infrastructure.

Speaking at the Malindi Cultural Museum, he said they came up with the idea with other three foreign investors among them Italian Consulate Roberto Macri to push the government to maintain the standards required for a resort city.

They have hired a Nairobi-based lawyer to help them set up the association. “The Association will act as an umbrella for the investors in the tourism industry at Malindi. It will involve all interested people including hoteliers, curio dealers, fishermen among other stakeholders in the tourism sector," Marini said.

He said ourists have shunned the town because of potholes, congestion caused by heavy commercial trucks, lack of parking bays and stench caused by litter dumped carelessly.

Marini is the director of Ocean Beach Resort, an exclusive hotel together with other multi-million shilling family properties including the Sabaki Centre, Bar among other investments.

The association, he said, will demand the completion of the bypass for trucks to reduce congestion, expansion of the airport and cleanliness.

This comes barely a week after the residents held a demonstration in Malindi protesting the poor state of roads. Malindi was once rated as the cleanest town in the country and the preferred tourist destination.

The Kenya Hotel Keepers and Caterers Association said recently that the industry had declined as no guests have booked the hotels till Christmas and new year.

Post a comment
WATCH: The latest videos from the Star
by ALPHONCE GARI
Coast
17 December 2012 - 00:00
Read The E-Paper