A resident said thieves have been stealing vehicle headlights and other items at night. 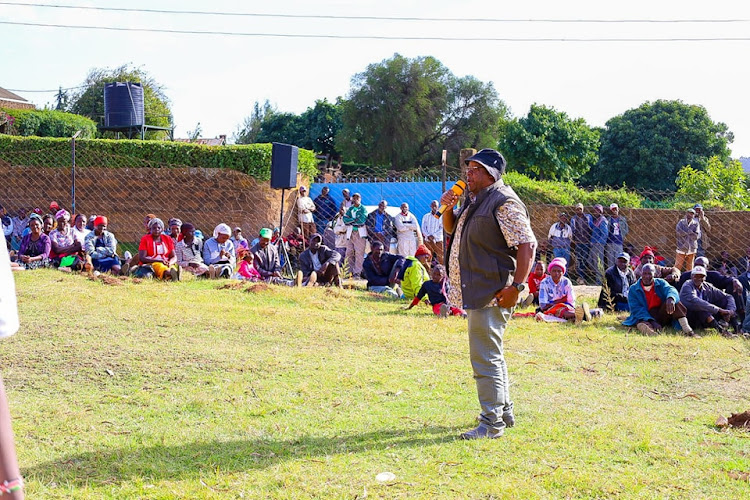 Lari Member of Parliament Mburu Kahangara has asked the government to employ more police officers so as to address cases of insecurity in the country.

Kahangara said that there were some posts that used to have police officers but they were withdrawn and redeployed elsewhere.

He was speaking at Gituamba location on Saturday during a public participation where locals raised concern over cases of insecurity.

He said thugs have started realising that villages are not being patrolled by police officers like they used to.

A resident Stephen Kuria raised concern over thieves who have been stealing vehicle headlights, backlights, radio systems, side mirrors, and other items at night.

He noted that these cases are being witnessed after thugs realised that police officers who used to operate at area chief's offices were withdrawn.

"The unit houses they were using were left empty with their doors opened. Thugs have realised that situation and that is why they keep hitting us" Kuria explained.

"The post is situated in the middle of the location and police officers who were attached there used to patrol the location day and night," he said.

Another resident Stephen Karanja said illicit brew and bhang were also being sold openly at the location since there were no police officers nearby.

"We rely on officers from Lari police station which is about 10 km from here, but the officers do not patrol in this area," he said.

"The thieves and bhang peddlers seem to know that there were are no law enforcers nearby and they wreak havoc to the residents."

"They sell bhang to our students in nearby schools and youths. Our property is also stolen during the day and even at night. We cannot allow that" Karanja added.

Kahangara said he was following up with the issues to see at least all police posts are assigned with police officers so as to respond to local's distress calls with ease.

However, the lawmaker who is also a member of the security committee at the national assembly says that according to the United Nations, the ratio of how many people a single police officer is supposed to protect has not been attained.

He urged the government to come up with strategies for hiring more police officers and gazetting police posts and patrol bases, as legislators assist them with building houses with CDF kitty.

Lisa Marie has been buried at Graceland next to her son Benjamin Keough, who died in 2020.
News
2 weeks ago

What Ruto said ahead of Raila's Kamukunji protest