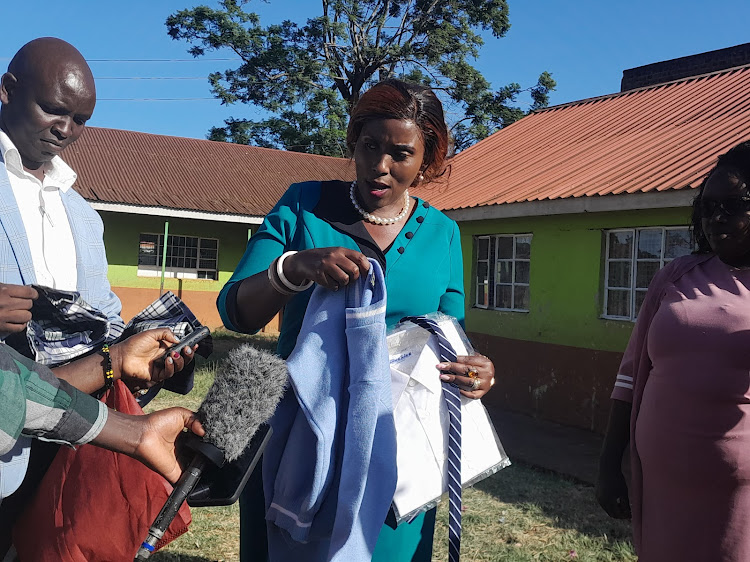 A primary school in Thika town has been converted into a secondary school and is set to admit new students once schools reopen on January 23.

Jamhuri Primary School in Hospital ward in Thika town is set to decongest Broadways, Kimuchu, Kenyatta and Queen of Rosary secondary schools, which have reached capacity.

Thika Town MP Alice Ng’ang’a said the decision to convert the school to a secondary school has been arrived at after extensive consultations with all stakeholders.

“We have held public participation forums with residents and other stakeholders and they have all agreed there is a need to have a day secondary school in Hospital ward. There is high congestion in other schools and yet the number of students set to join form one is very high,” Ng’ang’a said, as she inspected the school facilities on Monday.

She was accompanied by subcounty Education director Maurice Sifuna and other officials.

The MP said the conversion will be gradual, noting that the school will only enroll Form 1 students starting next week, with plans underway to fully convert the school to a secondary school.

Ng'ang'a said her office has written to the Teachers Service Commission, requesting deployment of nine teachers to the school, and that the response from TSC is positive.

“We have made adequate arrangements to have the school start its operations.  Uniforms are already out and we are advising parents to reach out to the school management and enroll their children,” she said.

She added that through the National Government Constituency Development Fund kitty, more facilities, including a modern ablution block, a library and a laboratory, will be put up.

“We want to develop the school and transform it to academy level. We will add more classrooms and other facilities as we prepare to make the school a fully-fledged secondary school,” Ng’ang’a said.

The move to convert the school has been welcomed by parents, who were worried of where to take their children joining  Form 1

Mary Kisangi, a parent, said the school will end the suffering of their children trekking for long distances to other schools in the region.

“This was a well-thought idea. Most parents were at a crossroads on where to take their children. The school is a relief to parents and learners,” Kisangi said.

Meanwhile, MP Ng’ang’a said all students joining the school in Form 1 will be issued with bursary funds from the area NG-CDF kitty once they join school.

Post a comment
WATCH: The latest videos from the Star
by JOHN KAMAU Correspondent
Central
17 January 2023 - 21:00
Read The E-Paper