Drying up of water sources raise concerns in Kiambu

Experts feel this is a result of climatic change. 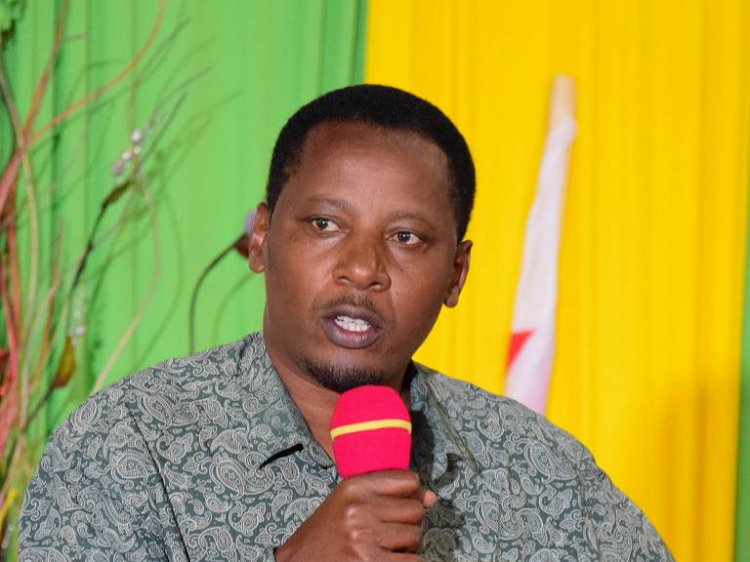 As the country continues to experience drought and hunger, water levels in many water sources have gone down.

Experts feel this is a result of climatic change, adding that the country is faced with a shortage of water.

He noted that some boreholes have dried up, forcing some water companies to ration consumers with the commodity so that they can each have the commodity.

Kuria urged customers of different water companies to be patient and tolerant of the issue, saying the strategy is to ensure people have enough water for domestic use.

"We have seen our dams which have big volumes of water reducing, some water in some of our boreholes have done down, forcing some of our companies to share water with others so that each and every person can have some water for domestic use," he said.

He spoke at Kimende town in Lari sub-county on Monday, when he was addressing residents who were asking questions regarding water.

A Lari resident George Mburu said the learnt that a borehole they relied on at their neighbouring Kibagare primary school dried up.

"We normally get water in our taps on Tuesdays and Fridays only since we were connected to a borehole at the Roromo area which supplies water to villages such as Ngarariga, Ndeiya and Ndiuni," Mburu says.

Kuria urged people to use the water they are getting wisely so as to ensure they have met their daily needs.

He also noted that people planted the wrong trees along the river lines, riparian areas as well as near the dams and wells.

He urged people, organisations as well as stakeholders to continue supporting President William Ruto's tree-planting exercise which is set to see Sh50 billion trees planted by 2030.

However, Kuria urged people who have planted trees that consume a lot of water such as blue gum to cut them down and replace them with others which are environmentally friendly.

The executive revealed that the Kiambu government led by governor Kimani Wamatangi was planning to start distributing indigenous trees which are water sources friendly.

Post a comment
WATCH: The latest videos from the Star
by GEORGE MUGO Correspondent
Central
17 January 2023 - 21:46
Read The E-Paper