University admitted the first batch of 60 students at its Thika Campus on November 1 this year.

• Nursing job opportunities are increasingly opening in Germany, and Africa has been deemed a hub for much-needed human resources in the coming years.

• The first group is expected to start apprenticing in September 2023. 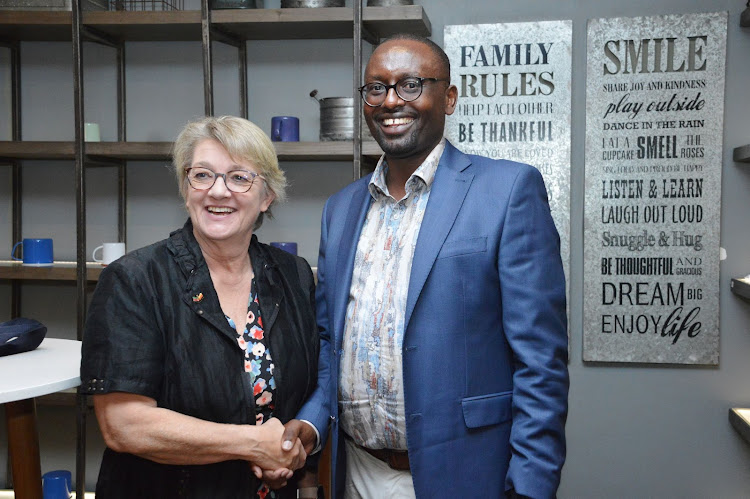 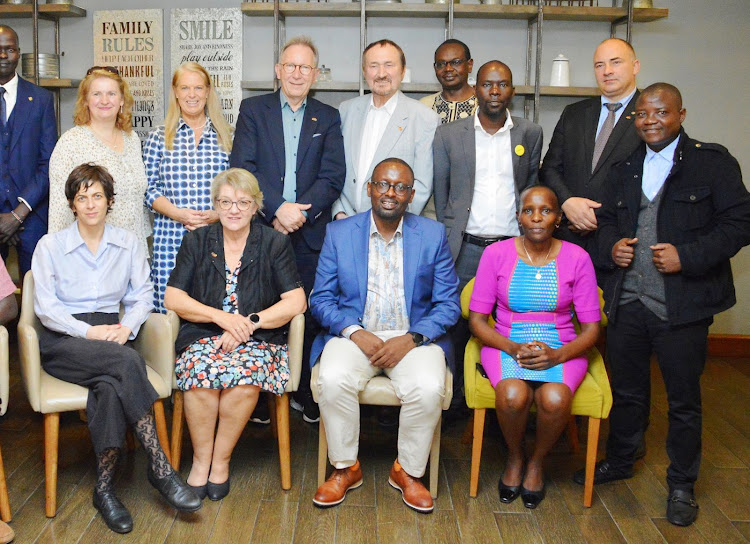 DR Eliza Panagiotatou, Kordula Schulz Asche, a member of the German Bunderstages, Mount Kenya University project lead Board of Director Equip Africa college of medical and health sciences Dr Chris Mutembei and Dr Kellen Kiambati, during the meeting in Nairobi on preparation course for healthcare professionals apprenticeship in Germany Hospital that The first batch of Kenyan nursing and other healthcare professionals trained by MKU are set to start apprenticing at different healthcare facilities in Germany in September next year
Image: COURTESY

Mount Kenya University has admitted the first batch of students ahead of their apprenticeship in German hospitals next year after training in healthcare and the German language.

Upon successful completion of the apprenticeships, the students are expected to get employment opportunities in the European country.

MKU said it admitted the first batch of 60 students at its Thika Campus on November 1 this year.

The first group is expected to start apprenticing in September 2023.

“We expect the first group to travel to Germany on August 2023. Apprenticeship start September 2023,” Dr Christopher Mutembei, the project lead for MKU, said.

“There are good nursing opportunities in Germany and young Kenyans are well-placed to grab these opportunities. They only need to be equipped with basic nursing skills to qualify for training and working in Germany as nurses. We encourage students who have the passion of becoming nurses to use this opportunity.”

Students interested in these opportunities will have to go through a course in basic healthcare skills such as nursing.

They will also need to undergo training of between six and 20 months in the German language, with the time taken depending on their proficiency in the language.

They will then go to Germany where they will receive further training and guidance on integrating to their new environment. Thereafter they will then be posted in their new jobs at different hospitals in the country.

A section of MPs from Germany have promised to support the project.

The project is also receiving support from the DAAD (the German Academic Exchange Service) office in Nairobi, which said it would bring language facilitators who are native German language speakers to support learners.

Nursing job opportunities are increasingly opening in Germany, and Africa has been deemed a hub for much-needed human resources in the coming years.

This is according to research undertaken by a research consortium that includes Kenyans who live and work in Germany, the Hochschule Koblenz university, AG-Career Hub (an information and consulting hub offering career and business opportunities in Germany and Africa) and a network of African Nurses in Germany.

According to the consortium and other independent researchers, Germany is facing a significant shortfall of nurses in the coming years, due to its ageing population.

Various studies estimate a deficit of between 400,000 and 600,000 vacancies by 2030. The consortium is working on a mechanism to prepare Kenyan high school graduates for an apprenticeship in nursing in Germany.

According to details of the arrangements, upon qualifying for the apprenticeship in Germany, students will enjoy the benefit of getting a student visa, a salary, and a guarantee of full-time employment after completing their training.

When undergoing training in Germany, students will not be charged any tuition fees but are entitled to a working contract for the training with a monthly salary to cater to the basic needs and accommodation.

“Upon successful completion of the apprenticeship, students are guaranteed full-time employment in German hospitals, exposing them to excellent career opportunities, among other benefits,” Dr Mutembei said.

Nursing students to be trained, offered jobs in Germany

Candidates will be selected after taking an aptitude test, their secondary school performance will be considered
News
3 weeks ago

The first cohort is expected to fly out to Germany this November.
Counties
1 month ago
Post a comment
WATCH: The latest videos from the Star
by STAR CORRESPONDENT
Central
24 November 2022 - 21:00
Read The E-Paper