Githuka says through the Pelis programme, residents have been taking care of tree seedlings in the forest

• Environmentalists say there is high survival of trees planted in forests where Pelis is practiced.

• Community members say, if they get more land to cultivate, they can produce enough food for consumption, sell some and store the rest for the drought season. 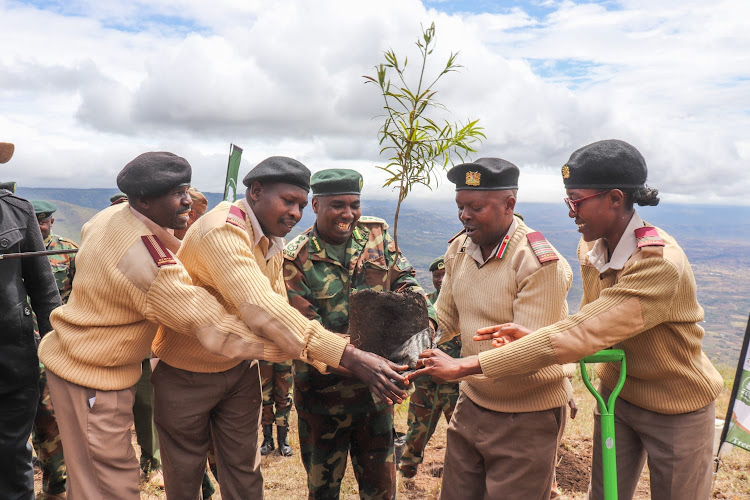 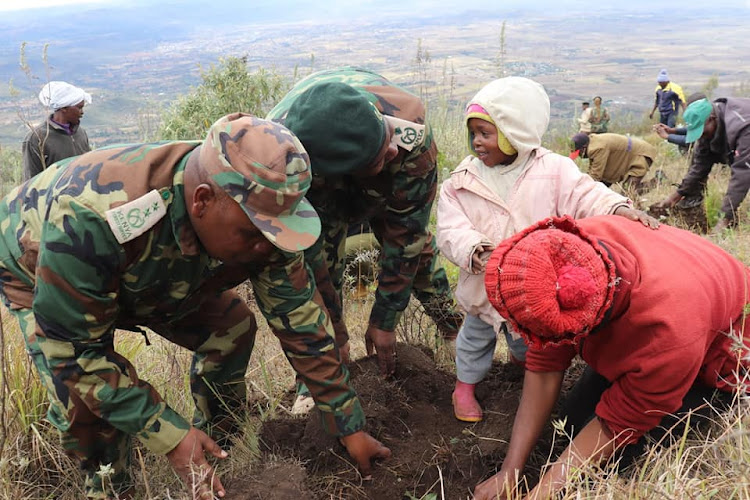 Communities living near forests in Kiambu have asked the Kenya Forest Service to give them more land in the forest to grow food crops while taking care of trees.

Kinale Community Forest Association chairman Samuel Githuka said that through the Plantation Establishment Livelihood Systems (Pelis) programme, residents have been taking care of over 99 per cent of tree seedlings planted in the forest.

He said people are allocated land in the forest where they grow food crops together with trees.

"No tree seedling dries up. People take care of the trees just like they do for their food crops," he said.

"People are allocated land for a period of about three years, in which time the trees will be tall enough."

Githuka said the CFA and Kenya Forest Service then relocate people to another block after trees grow tall.

Kijabe Environment Volunteers Organisation praised Kinale CFA, saying it had given stakeholders morale to partner with KFS to plant trees.

Kenvo director Nelson Muiru said stakeholders planting trees in an area where Pelis is practiced are assured of almost 100 per cent survival of the seedlings.

"We have noticed that where Pelis is, survival of trees is guaranteed," he said.

Muiru asked the government to allow CFA to cultivate more land in the forest, to improve food production in the country.

Community members say, if they get more land to cultivate, they can produce enough food for consumption, sell some and store the rest for the drought season.

Beneficiary Richard Mburu said they follow KFS instructions and do not plant tall food crops such as maize, so they do not cover the tree seedlings from sunlight.

Residents spoke during the launch of AFR100 project, an initiative running in more than 50 African countries with the aim of rehabilitating 100 million hectares of degraded forest land on the continent.

The launch was held at Kenton forest block in Kinale forest, Lari, in Kiambu county.

Deputy chief conservator of forest Peter Waweru said the country surpassed the 10 per cent set target by 2022 about five years ago. He said  it attained 12 per cent tree cover earlier this year.

He urged stakeholders to partner with them and continue planting trees, while enlightening people on which trees grow well in their regions.

"Our field officers, environmentalists and partners will enlighten people on which trees will do well in which region. Which fruit can do well and even trees that can give us timber?" he added. 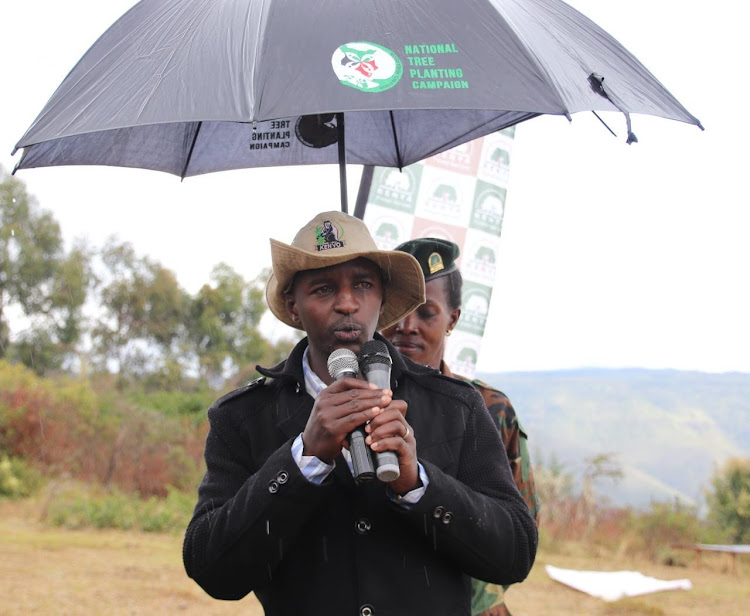 KFS sets aside Sh500bn for the expansion of tree cover

Through Community Forest Associations locals help in planting of trees to increase forest cover
News
3 weeks ago
Post a comment
WATCH: The latest videos from the Star
by GEORGE MUGO Correspondent
Central
22 November 2022 - 21:00
Read The E-Paper