Kevin Kingori was arrested on Monday over swindling claims. 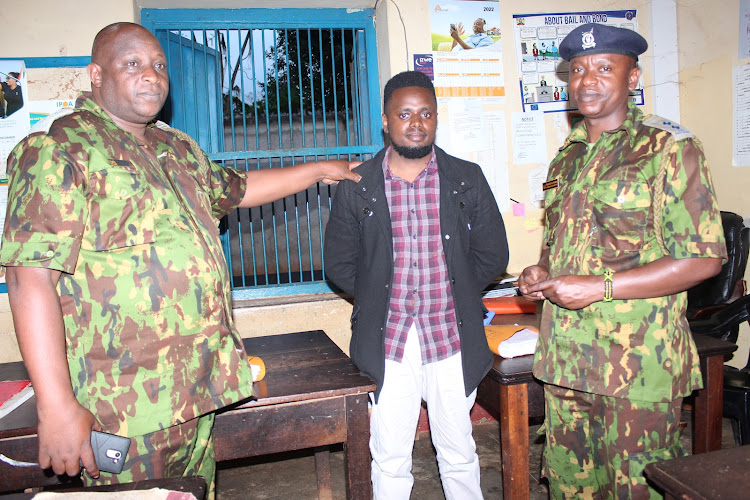 Police in Murang’a have arrested a 28-year-old suspected conman following complaints by residents.

Kevin Kingori was arrested on Monday over swindling claims.

The victims said King’ori who is employed in an agency that helps to repair electronics would delay with their items while asking for extra money to have them swapped with new ones.

Teresiah Wamuyu a victim said she bought a mobile phone in Murang’a in August but she took it back to the seller after it started overheating and losing power fast.

But the seller advised her to take it to the agency which would send it back to the manufacturing company or its agents in Nairobi for servicing.

This, she was told, was the most efficient way of having the mobile phone fixed as it would only be handled by experts as opposed to private practitioners.

Wamuyu visited the agency and left the mobile phone with the promise that it would be sent to Nairobi and back in a few days.

Since then, Wamuyu would visit the agency’s office after every few days to check whether her gadget had been returned and would be told that the phone was still with the manufacturing company. 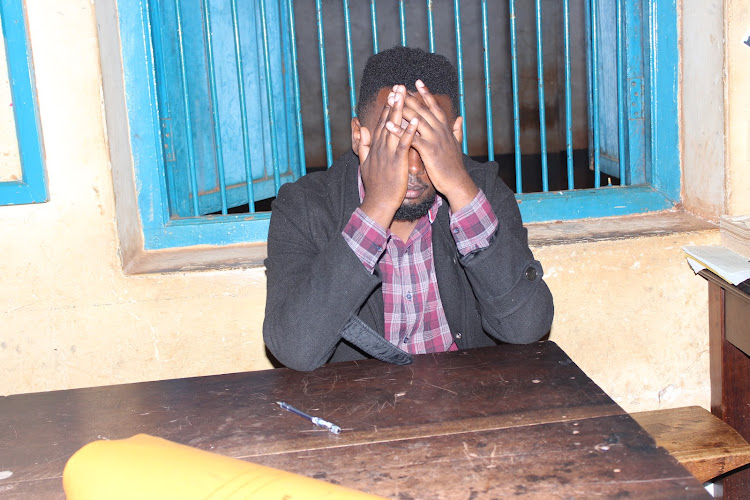 “At some point, I told him that I would take my phone if it had not been sent to Nairobi but he said the company had agreed to swap it with a new one if I was willing to add some money. I told him I could not,” she said.

Wamuyu suspected she was being conned after she realised the promises were not coming to fruition.

On Monday, Wamuyu went to the agency but the suspect was not there but had left his co-workers and when she called him, he promised to call her back in the evening.

While waiting, police officers walked in with other complainants.

The suspect said he had sent the phone to the manufacturing company for servicing and that it was never sent back.

“I feel my phone was sold and he was just taking me in circles,” she said.

Another victim, a university student who sought anonymity said he took his 43-inch television set for servicing to the agency early last month.

The TV set had an issue with its on/off button and he could only operate it using a remote.

But the suspect told him that it had issues with its motherboard and asked him to pay Sh9,000 for his old TV set to be swapped with a new one.

Weeks later, the victim demanded to have his TV set back and was given one that was blurry which he refused to take.

The student said he wanted the victim to provide him with a functional TV set.

“I used to hire the TV set out to play stations outlets and I would earn money to sustain me in school,” he said.

Another victim, Beatrice Kamau, took her phone to the agency and was to have it back after three days.

She was however later told to add Sh5,200 to get another phone as hers had developed issues with its motherboard.

“I did not have the money so he gave me another phone whose keyboard was dysfunctional and I gave it back to him. Since then, he has been taking me round until today,” she said.

About 15 complainants were at the station by Monday evening with police officers concerned that there could be many more.

More than 25,000 farmers from 1,023 common interest groups have benefitted and are engaging in profitable farming.
Counties
1 month ago

Karega secondary sets pace for other day schools in Murang'a

It has for the last 10 years sent many students to university, students and teachers motivated with awards
Counties
1 month ago
Post a comment
WATCH: The latest videos from the Star
by ALICE WANGECHI
Central
15 November 2022 - 14:35
Read The E-Paper