It boasts of high-end businesses not found in Murang’a town that was established by colonialists in the early 1900s.

• The town suffers from inadequate water supply and poor planning that has resulted in congestion and a high burden of waterborne diseases.

• Some businesses have given Murang’a town a wide berth and opened outlets in Kenol town. The town has also attracted highly patronised nyama choma outlets. 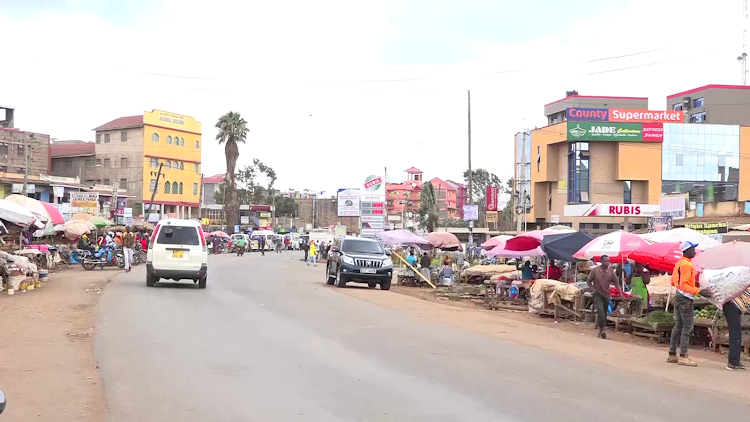 Kenol town that is the gateway to Murang'a County and the Mt. Kenya region from Nairobi and Kiambu counties.
Image: Alice Waithera

Kenol town, the gateway of the Mt Kenya region from Kiambu and Nairobi counties, has for a long time been a small, dusty centre with no facilities.

This is despite the fact that it has one of the fastest growing populations in Murang’a county as it is along Thika-Nyeri highway.

The town suffers from inadequate water supply and poor planning that has resulted in congestion and a high burden of waterborne diseases.

Kenol has however recently risen to overtake the county headquarters in terms of growth with high cash flow, evidenced by the mushrooming of businesses in the town.

The town boasts of high-end businesses not found in Murang’a town that was established by colonialists in the early 1900s.

The first colonial governor of Murang’a, Francis Hall, set up camp at Murang’a town, then known as Mbiri, in 1900. The town, located on a hill, has however lagged in growth and is still dotted with colonial buildings. 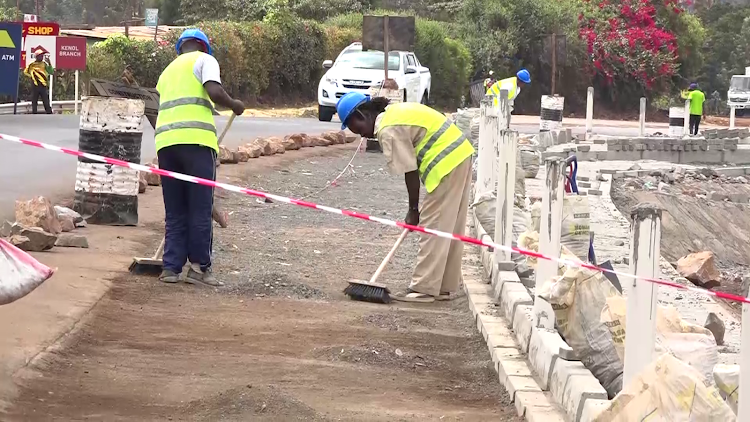 Businesses such as Pizza Inn have given Murang’a town a wide berth and opened outlets in Kenol town instead. The town has also attracted highly patronised nyama choma outlets.

These new outlets have seen residents of the sleepy Murang’a town abandoning their town and travelling to Kenol for its vibrant night life.

Most recently, an investor opened a high-end business centre that includes Kilele mall, the only mall in the county, in Kenol town. The mall has attracted popular nightclubs and businesses that are set to push the economy of the town even higher.

The proprietor of the mall, Simon Wachira, is also the owner of Magunas supermarkets and Nokras hotels.

He has received praise for investing in the county, while many other prominent investors from the county have chosen to invest in other areas.

The centre is expected to provide employment to thousands of local youths, which will go a long way in reducing joblessness. 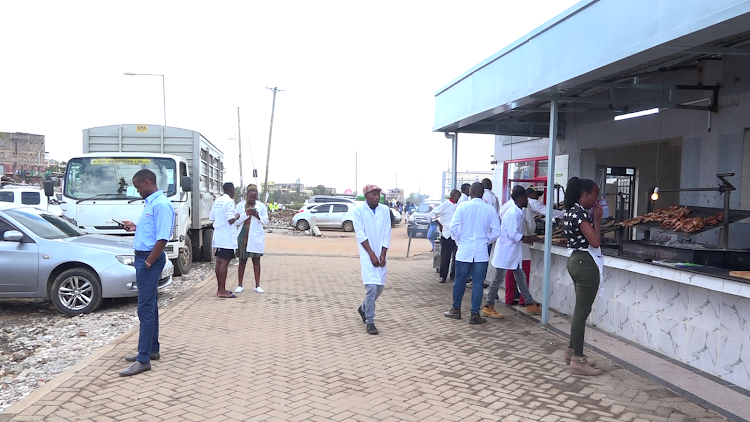 But residents have appealed to the county government to ensure the town has a clean and consistent supply of water to cater to its surging population. Locals receive water once a week and have to rely on vendors the rest of the time.

Resident Peter Kamau said a few years back, Kenol was a small centre with a few shops and security was a nightmare at night.

“Opening up of major businesses such as the mall will boost property value and increase the amount of money circulating in the town. More and more people should establish such investments,” he said.

Kamau urged both the county and national governments to incentivise such investors due to the stake they have in supporting the economy.

He said farmers in surrounding areas will get an outlet for their produce in clubs and eateries that have been established at the centre, boosting their earnings.

“An increase of such outlets strengthens the economy. It creates opportunities for youths and farmers,” Kamau said. 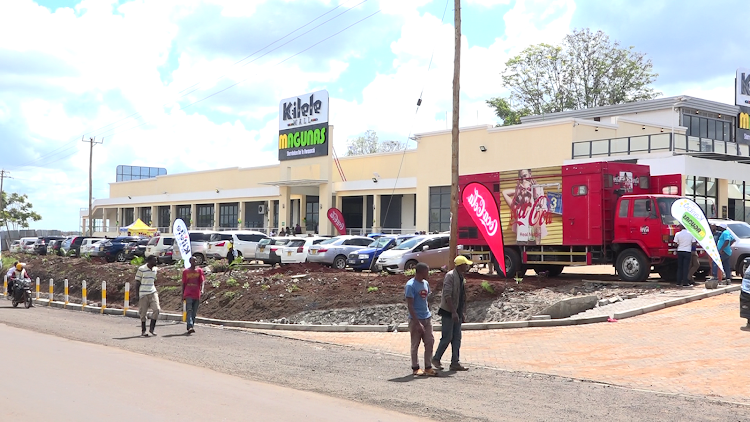 The newly opened Kilele mall, the only mall in Murang'a county that is set to create job opportunities for thousands of locals.
Image: Alice Waithera

Area MP Mary Waithera said the business centre has given a facelift to the town and urged other traders with businesses in the town to repaint their buildings to match the pace set.

The MP lauded the mall owner, saying it takes such investors to grow an area.

“If we all go to Nairobi, who will invest here? Kenol was just a dusty small centre and within no time it has grown immensely,” the MP said.

She challenged the county government to plan the town to reduce congestion and restore order.

Due to lack of planning, hawkers sell their wares in random areas and motorists park their cars on roadsides haphazardly, causing congestion.

According to the MP, areas that were set aside for markets and other public amenities were grabbed.

The town also suffers from heaps of garbage, she added, and urged Governor Irungu Kang’ata to take immediate action.

“If he has no workers to sweep the town, we have many looking for jobs. We will keep him on his toes. Residents have been complaining over sanitation for a long time,” she said.

Senator Joe Nyutu said the business centre has changed the image people have of Murang’a as they travel from Nairobi to other parts of Mt Kenya and Northeastern regions as it is at the entrance of the county.

Deputy Governor Stephen Munania said the county will in January start construction of a level 5 hospital in Makenji along Thika-Kenol highway to serve Kenol town and its environs. The project is awaiting the passing of a supplementary budget by the assembly.

The county has also donated 50 acres in the same area for affordable housing units being constructed by the national government.

“We will continue partnering with the national government and we will tarmac 10km of roads in Kenol town to ensure there is a conducive business environment to attract more investors,” Munania said.

He assured residents that the county is working to collect garbage and that it collected 80 trucks of waste in the town just last week.

“Now that Kenol has been gazetted as a municipality, we will dispatch an extra truck to ease garbage collection. With the municipality, there will be major infrastructural development in the town and sewerage and drainage will be improved”.

He said the county is ready to establish economic zones for investors to lure investors and create jobs.

The programme will reduce food insecurity as it will save agricultural land from settlements and subdivisions.
Counties
1 month ago

Under the project, footpaths, streetlights and drainageways have been constructed.
Counties
5 months ago
Post a comment
WATCH: The latest videos from the Star
by ALICE WAITHERA
Central
15 November 2022 - 22:00
Read The E-Paper