The facility was set for completion by September 2020. 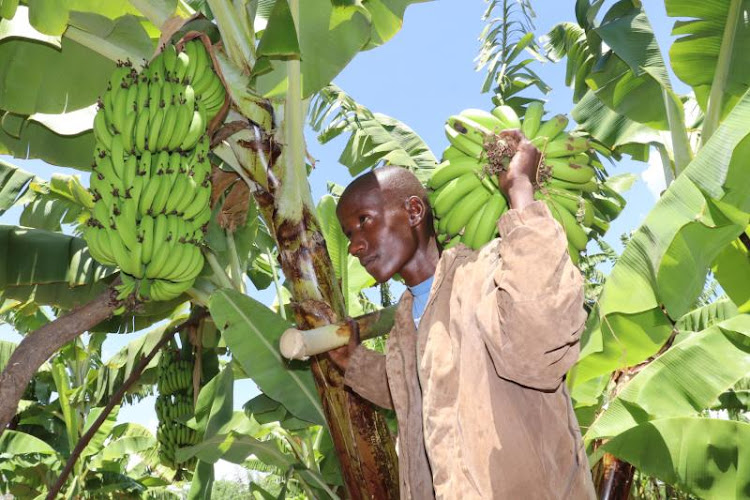 DIMMED HOPES: Banana farmer Issac Mutua carries a bunch of bananas from his farm at Kitobo, Taveta. Many farmers are counting loses for lack of a steady market.
Image: SOLOMON MUINGI

The completion of an Sh116 million banana value addition and processing plant in Taveta, Taita Taveta county, remains in limbo after construction stalled.

The European Union-funded project was set to create a ready market for hundreds of banana farmers in the region but has not been completed, five years later.

The construction of collection centres in the area has also stalled. The plant was set for completion by September 2020.

Inflation and under-budgeting have been attributed to the stalled project that now requires an additional Sh126 million to start operations.

Stalling of the factory now leaves the more than 6,000 banana farmers in the region who had increased banana production ahead of the construction with no ready market.

The farmers are counting losses with middlemen and brokers having a field day to exploit farmers in the agricultural-rich area.

Banana farmers in Taveta had in 2017 increased the acreage under bananas from 2,080 hectares to the current coverage of more than 4,604 hectares, leading to an estimated production of more than 265,280 tonnes annually.

The county is now the second leading banana producer countrywide, recording an increment in productivity of 10 per cent, according to the Kenya Agricultural and Livestock Research Organisation.

If completed, the industry will process eight tonnes of bananas in a day and it is expected to grow the economy by Sh7 billion. It was further supposed to create more than 38,000 direct and indirect employment opportunities.

The county assembly’s Committee on Agriculture, Livestock and Fisheries last week established that the project had been abandoned midway for lack of funds.

“The project was to be funded by European Union at a tune of Sh110 million while the county government was to top Sh6 million for completion and full operation,” Stephen Nzai, the committee chairman, said during the Friday visit.

The multi-million plant was designed to boost the value-addition chain of banana production and food security in the arid and semi-arid areas of the county.

Nzai however said the project grant period ended on February 19, 2020, and its closure was in progress without being in operation.

“The factory is 70 per cent complete and currently stalled due to lack of funds. A total of Sh53 million has already been spent for structural construction of the factory and nine collection centres,” the Marungu MCA said.

The committee further said that the project as it is cannot be made operational for lack of processing machines, solar driers and frequent water supply. 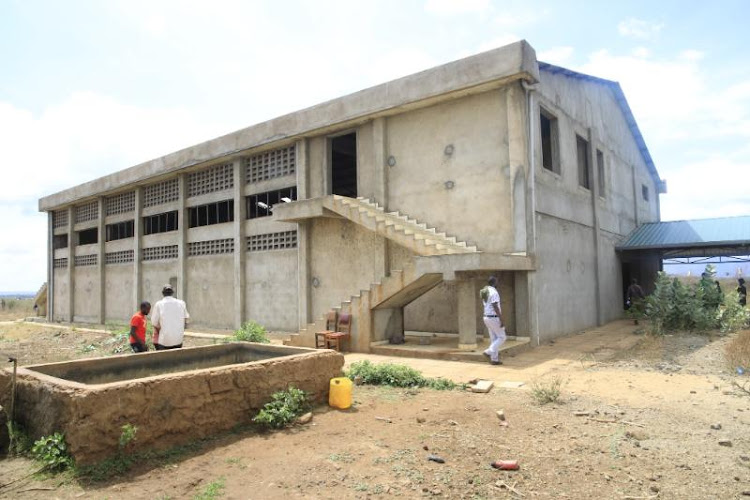 Joel Mnene, a farmer at Mboghoni, said most of the bananas produced either go to waste or do not benefit the farmers due to poor prices.

He said many farmers had high hopes of benefiting from their increased production, lamenting that the delay had caused massive losses.

“It is disheartening that the project has failed to kick off even as farmers continue to count losses. Lack of standard prices for our produce has opened a leeway for middlemen to exploit farmers,” the Taita Taveta Banana Cooperative Society (Tataba) member told the Star in an interview.

The farmers said they were banking on value addition to increase their earnings from the crop.

“We expected the plant to be ready by 2020 as earlier announced. Two years later, farmers are still selling their bananas to brokers at a throw-away price,” Jack Mutua, a banana farmer in Kitobo, said.

They also have established a rapid multiplication technology for tissue culture seedlings at Kitobo.

The tissue culture varieties are high-yielding and take a maximum of 12 months to mature, unlike traditional suckers which may take up to two years to produce.

Some of the tissue culture banana varieties planted in the region include Fhia 17, Grand 9, William High breed and Giant Kavendish, among others.

Following increased production, the region has been the food basket for the Coast region, producing tonnes of bananas and vegetables for the market.

More than 25,000 farmers from 1,023 common interest groups have benefitted and are engaging in profitable farming.
Counties
1 month ago