Hunger pushing learners out of schools as drought persists 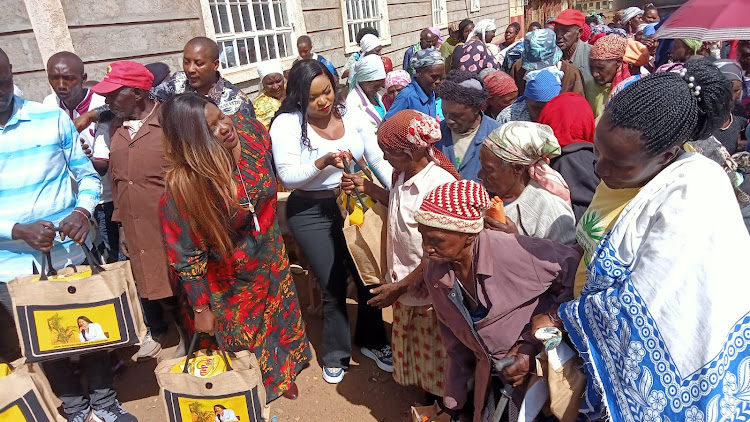 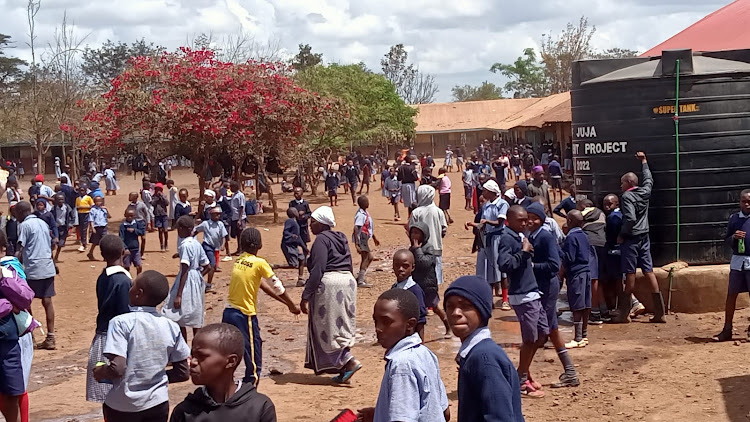 The persistent drought is taking its toll on education with many learners now skipping school due to hunger.

This is even as the government ramps up food distribution across the country to provide relief to starving Kenyans.

The problem is countrywide with most of the arid and semi-arid counties being worst affected.

In Kiambu, more than 200 pupils at Nyacaba Primary School in Juja have dropped out as a result of hunger, the administration says.

And in Machakos, Kenya National Union of Teachers officials say 30 per cent of children are no longer attending school because of hunger.

In Juja, Nyacaba Primary School head teacher George Mimi said most of the learners are under the care of their grandparents or guardians as their parents either passed on or neglected their duties due to alcoholism. The school has a population of 1,900 students.

The teacher said most students hardly get one meal a day which has forced most of them out of class.

He also cited uncontrolled brewing and consumption of illicit liquor, especially chang’aa that has exacerbated the situation in the villages.

Mimi said only a sustainable feeding programme will help save the situation and ensure all learners in the remote village attend classes.

“We have about 250 learners whose situation is dire and we need urgent support from well-wishers including corporates. The school is in dire need of a feeding programme to help keep the pupils in classrooms. We are worried that even the academic performance will be significantly affected,” Mimi said.

In Machakos, Knut secretary for Yatta subcounty Michael Ngui said at least 30 per cent of children in the region have not been going to school due to hunger.

“There is high rate of absenteeism in Machakos county, 30 per cent of children aren’t attending school because of hunger,” Ngui told the Presidential Working Committee on CBC, during a public participation meeting at Machakos Girls on Friday.

Ngui who doubles as Knut’s National Executive Council member representing the Eastern region called for affirmative action from the government to provide relief food to schools.

“We are requesting both county and national governments to have affirmative action to provide food in our schools. Education standards will be lowered if we don’t take that one as affirmative action,” Ngui said.

In Juja, the situation has attracted attention from local leaders among them nominated MP Trizah Waniru and Kiambu Woman Representative Anne Muratha who have initiated a feeding programme to save the situation.

Wanjiru on Friday distributed relief food to hungry residents and said plans are under way to construct a kitchen at the school to ensure pupils get meals to enable them attend classes.

The legislator who was born and raised in the village pledged to mobilise resources to ensure learners are well fed to continue with their studies uninterrupted.

“We are putting proper plans to have a sustainable feeding programme. I will be reaching out to friends and corporate entities to actualise the project. I was so touched on learning about the situation in this school,” she said.

She noted that most parents in the village hail from humble backgrounds and most of them work as miners in the quarries within the village and can hardly afford meals for their families.

Kiambu Woman Rep Wamuratha noted that the current hunger situation has affected all regions including Kiambu, adding that thousands of residents are in dire need of relief food.

“Even as we seek relief food to cushion our people from the biting hunger, we must look for permanent solutions to keep famine at bay whenever rains fail. We don’t want again to get into a situation where school-going children fail to attend classes because they are hungry,” she said.

Absenteeism in Machakos schools due to hunger – KNUT official says

Number of people in need of aid has risen owing to failed rains.
Counties
4 weeks ago
Post a comment
WATCH: The latest videos from the Star
by JOHN KAMAU AND GEORGE OWITI
Central
13 November 2022 - 22:00
Read The E-Paper