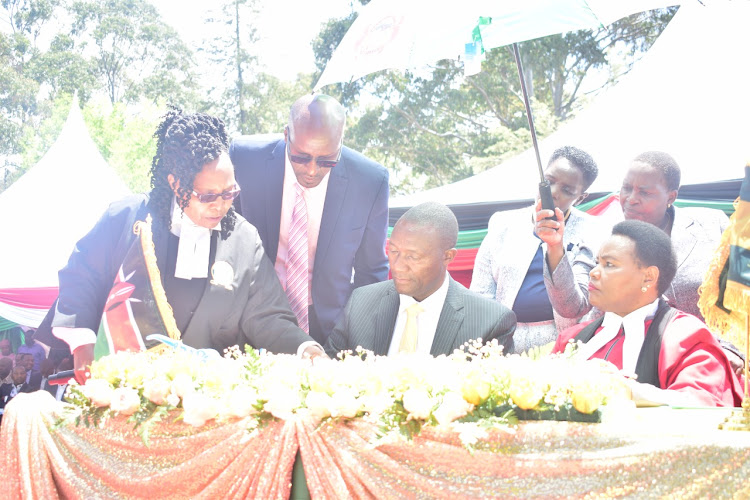 Nyandarua Governor Moses Badilisha has called for an immediate physical audit and headcount of all county employees to weed out ghost workers.

Speaking to the press outside his Ol Kalou town office, Badilisha noted that the county lacked a dependable, harmonised and definite record on the number of its employee.

He noted that the payroll unit was providing two conflicting figures with the human resource unit providing another figure which showed a difference of 360 employees.

The county boss who was reacting to a report by a taskforce formed to look into various issues in the county noted that the move will see service delivery streamlined and seal loopholes for squandering of public funds.

On pending bills, the governor said there was a discrepancy in figures provided by the assumption committees and those submitted by the department with other bills indicating that they had been cleared.

He noted that physical verification of documents and projects undertaken will be conducted to establish a payment framework for the genuine projects.

He further noted that the taskforce had identified an acute shortage of drugs and health personnel across all health facilities in the county with his administration seeking to address the same.

He promised to fight corruption to enhance the smooth delivery of the County.
News
3 months ago

They promise to do development and clear pending bills
News
3 months ago
Post a comment
WATCH: The latest videos from the Star
by KNA
Central
29 September 2022 - 22:00
Read The E-Paper