Say they should prioritise hunger and the high cost of living

• "This is a wrong footing. They should stop their greed persuasions and instead work together to address the challenges the electorate are facing,” Thagana said. 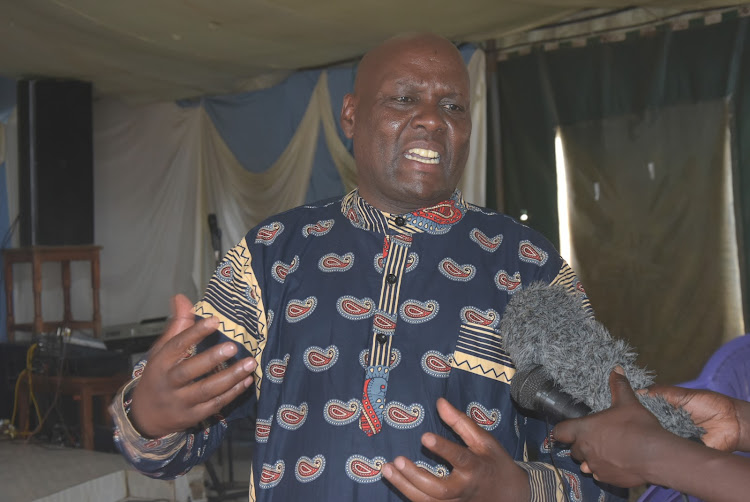 Clerics have cautioned MPs against reintroducing their sitting, car and mileage allowances.

They say this will further burden the already suffering Kenyans.

He spoke during the MPs' induction workshop.

Wetang'ula said he is leading talks with Salaries and Remuneration Commission chairperson Lyn Mengich geared towards restoring the lucrative allowances.

The clerics, led by Glory Outreach Assembly bishop David Thagana, said MPs should instead focus on addressing the myriad challenges Kenyans are facing, including hunger and the high cost of living.

He said reintroducing the hefty perks abolished by the SRC on August 9 will increase the wage bill, which stands at Sh930.5 billion annually.

The bishop spoke on Wednesday while marking the International Day of Peace at the church in Kahawa Wendani.

“We are shocked that barely a month after the MPs were elected, the first thing they are advocating is the return of hefty allowances. We wonder why they should be paid to sit in Parliament and it's the job they asked for," he said.

"This is a wrong footing by the 13th Parliament. They should stop their greed persuasions and instead work together to address the challenges the electorate are facing.”

Thagana said it is ill-timed for the lawmakers to be pushing for the return of their allowances at a time millions of Kenyans are facing acute hunger, especially in the arid and semi-arid regions.

“The cost of living is very high, most Kenyans cannot afford to buy many commodities. Our brothers and sisters are at the jaws of hunger due to prolonged drought," he said.

"These are the issues that the lawmakers should prioritise and find a solution that will help our people.”

The bishop's sentiments were echoed by Pastor Humphrey Muilu, who said the SRC should not be coerced into giving in to the MPs' demands.

He said the commission should cushion Kenyans from a bloated wage bill.

“Let the SRC recommendations be followed. We urge the MPs to shelve their appetite for hefty perks and focus on working to improve the livelihoods of the electorate," Muilu said.

"It paints a bad picture for them, that they are too focused on enriching themselves at the expense of suffering Kenyans.”

“We’ve witnessed many leaders seeking elective positions to advance their personal and selfish interests instead of serving the electorate," she said.

"It’s high time leaders in this country uphold servant leadership by addressing the plight of the electorate first and always prioritising their people.”

The clerics further called for structured dialogue on the new education curriculum, to ensure all contentious issues are streamlined for the sake of learners.

“Let all stakeholders come up with recommendations and a solution to the concerns raised about CBC. This will ensure both the learners and parents are satisfied and comfortable with the syllabus," Thagana said.

"Again, let’s ensure uniformity of the new curriculum such that whatever is being taught in Nairobi is the same as other regions like Wajir or Garissa.”

Should SRC reinstate MPs’ scrapped allowances?
Poll of the day
2 weeks ago

Deadlock as MPs, SRC fail to agree on additional perks

Nobody will touch MPs' allowances – Wetang'ula

Wetangula said PSC has initiated talks with SRC to get back the allowances
News
2 weeks ago
Post a comment
WATCH: The latest videos from the Star
by JOHN KAMAU Correspondent
Central
22 September 2022 - 22:00
Read The E-Paper