The MCAs will be sworn in on Wednesday

• With only two days until the swearing-in of the 86 Kiambu MCAs, lobbying has intensified.

• Lobbying for the deputy speaker position has also intensified. 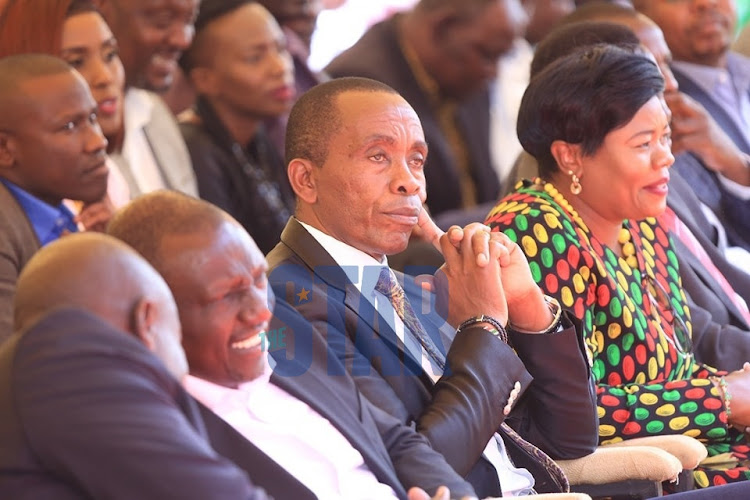 Two advocates of the High Court and a businessman are among seven people eyeing the Kiambu assembly speaker’s seat.

With only a day to the swearing-in of the 86 Kiambu MCAs, lobbying has intensified. Three of the contenders are the frontrunners.

Lawyers Daniel Gachau and Charles Thiong'o, and Kabete businessman Charles Chege 'Fresh', have each been meeting the MCAs to share their vision.

It's not yet clear whether former speaker Stephen Ndicho will defend the seat. During the campaign ahead of the general election, he stepped down from the Senate race in favour of Karungo wa Thang'wa, who eventually won the seat.

Gachau and Thiong'o are members of UDA while Chege vied for Kabete MP as an independent candidate but lost.

“I'm ready to serve the MCAs if elected speaker. I will ensure that procedure is adhered to and proper laws that are effective to development are legislated upon for the betterment of the county,” Gachau told the Star on Monday.

Gachau is the Kiambu branch Law Society of Kenya chairman.

Lobbying for the deputy speaker position has also intensified.

The MCAs will be sworn in on Wednesday after the governor gazettes the first sitting of the assembly.

Meanwhile, the MCAs-elect will attend an orientation drive at the assembly on Tuesday.

MCAs to work with Wamatangi to fulfill campaign promises

Say the assembly will ensure that there is peace and unity between, them and the executive
Counties
3 weeks ago
Post a comment
WATCH: The latest videos from the Star
by JOSEPH KAGUORA
Central
19 September 2022 - 22:00
Read The E-Paper