He said that the process has been very shoddy and the process was marred with irregularities.

• His deputy Ann Nyokabi said that they won't leave anything at chance. 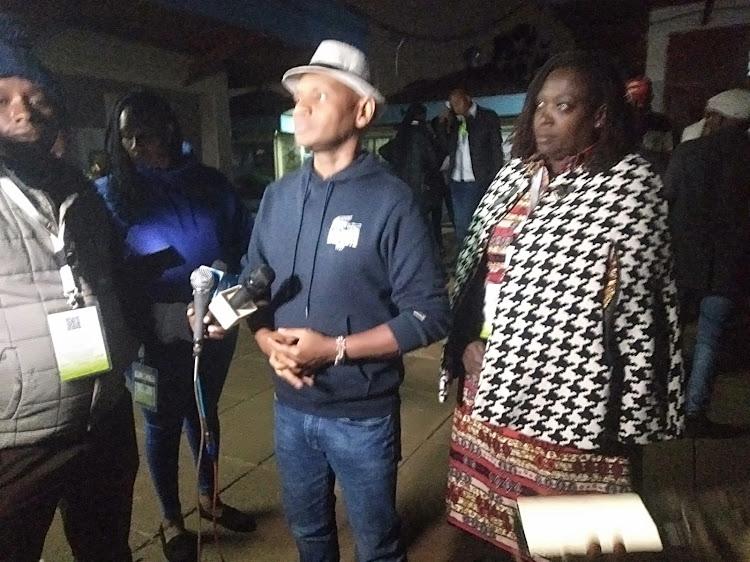 Addressing the media, Wa Jungle said the voting process was shoddy and marred with -irregularities.

"We demand the recounting of votes since the process hasn't been free and fair," Wa Jungle said.

He accused the presiding officers in Kiambu of aiding irregularities.

"We will not allow such irregularities to happen and the people of Kiambu must be allowed to elect their leaders wisely," he said.

Wajungle said he will head to court if IEBC won't order recounting.

His deputy Ann Nyokabi said that they won't leave anything at chance.

Mwaura said about 1,394 votes allied to the deputy president were missing.

"After we raised the issue, the votes for Ruto that were missing have been added and we are very grateful," Mwaura said.

Kiambu County returning officer Beatrice Muli confirmed the difference and termed it as a printing error.

She said that all the agents agreed and the problem was solved.

"It's true,1394 votes from four streams were missing and we have rectified it," she said.

Re-tallying was called after Wangui Ngirici claimed the vote had been rigged.
News
1 month ago

IEBC allows for re-tally of Waiguru, Ngirici votes in Gichugu

Waiguru also made her way into the centre as she took on the outgoing woman rep for crying foul.
News
1 month ago