A patient who had undergone chemotherapy could also not be identified.

• These are the areas with quarry workers in the constituency where their fingerprints have had some changes. 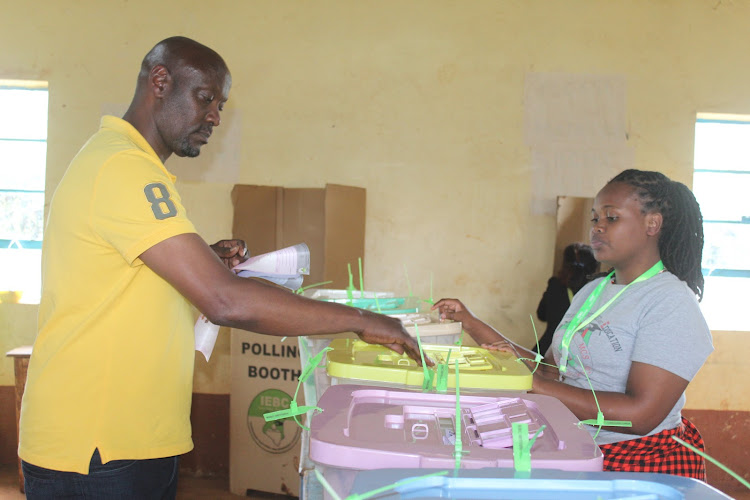 Most of the people who had identification challenges by the KIEMS kit in Nyeri town are those working in the quarries.

These are the areas with quarry workers in the constituency where their fingerprints have had some changes.

A patient who had undergone chemotherapy could also not be identified by the Kiems kit.

"The gadget could as a result not pick the thumbprints. But we are happy with the progress so far,” he said, adding where fingerprints had challenges, the process was taking up to 55 minutes for one person.

However, he said, there was not even a single incident where the gadget failed completely.

"There could be network challenges that caused downtimes but largely in Nyeri town there is no single case where the KIEMS kit has failed," he added.

There was also a challenge in the KIEMS kit identifying old people but he said he spoke to returning officers.

They will use all methods of validating including getting the presiding officers to authorize the use of special code given to ensure that none of the elderly people is disenfranchised as long as they are identified through the four different methods.

Polling officials, he said, resorted to using other identification methods like the fingerprints, face, ID and ID and the face superimposed on each other.

Haji urged the IEBC officials to use other means of identifying the voters.
Counties
3 months ago

Damage is not permanent for some labourers as the skin rejuvenates in time, but not voting day.
News
3 months ago
Post a comment
WATCH: The latest videos from the Star
by EUTYCAS MUCHIRI Correspondent, Nyeri
Central
10 August 2022 - 03:29
Read The E-Paper