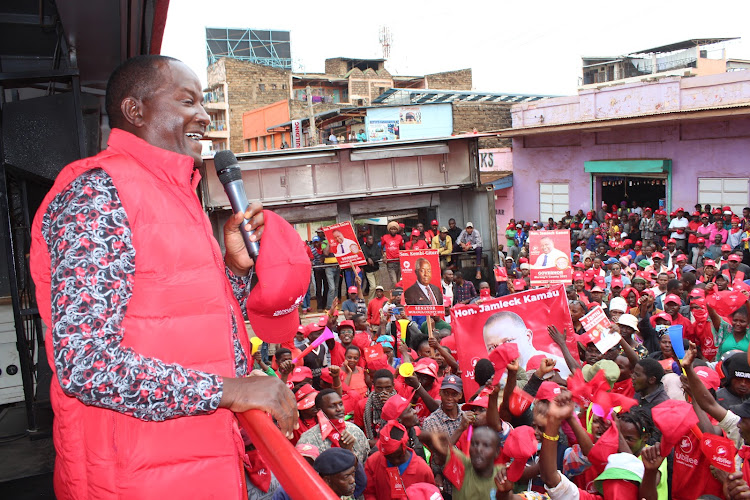 Kamau said the suspension will allow his administration to consult traders on the levies and establish a revenue collection system that will ensure all funds are well accounted for.

Kamau who spoke while making his final appeal to residents to vote for him in Murang’a town on Saturday, said most of the revenue collected currently ends up in individuals’ pockets.

This, in turn, hinders the provision of services and causes immense suffering for residents.

He cited hospitals that have been operating without crucial drugs for sometime and markets that lack proper sanitation.

“Graft is the main challenge facing Murang’a county but we will no longer allow that to continue happening,” he said. 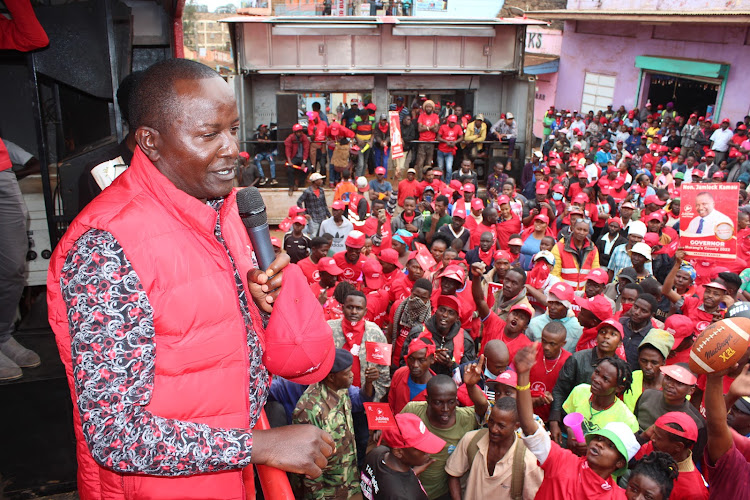 Each of the eight subcounties will have its own revenue account and funds collected from residents will be used to develop the individual areas, he added.

After sealing loopholes used for graft, he said his administration will be able to support farmers by giving subsidies for farm inputs.

The county is agriculturally endowed yet wastages occasion farmers huge losses especially with fruits such as oranges and mangoes.

Kamau who is vying through the Jubilee Party pledged to establish value adding factories that will create jobs for youths while boosting farmers’ earnings.

“This county must forge forward and will not be looted again. Services must be offered as they should.”

Kamau pledged to conduct public participation before implementing projects to ensure he implements projects that are a priority to residents. 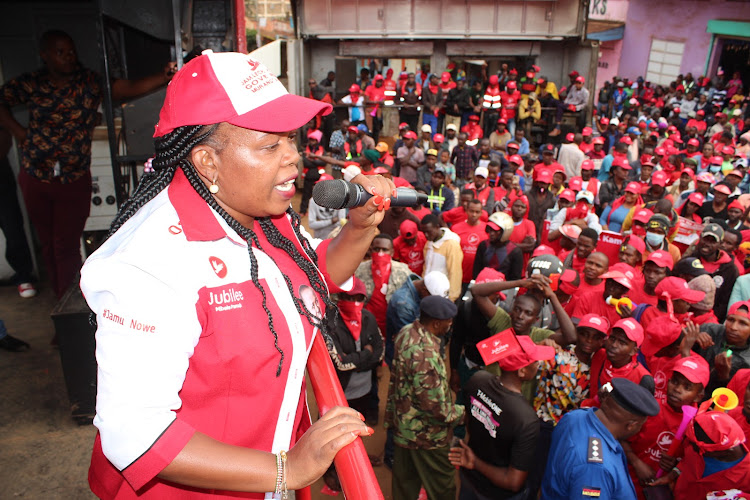 Kamau who is vying for the position for the second time after losing to governor Mwangi wa Iria in 2017, also promised to establish a kitty that will fund youths to start businesses at low interest.

Murang’a Endowment Fund will also be established to offer scholarships to children from poor families.

This, he said, is because many poor students end up in day schools due to the lack of fees and their chances of joining good schools are taken by rich students.

Under his leadership, all 35 wards in the county will get equal revenue that will ensure they are developed equally even when MCAs fall out with the governor, he said.

Kamau cautioned residents against voting for leaders based on their parties and instead vote for a leader who will be able to streamline services and better their lives.

“Some people have been coming to you hanging onto suits but I am not a coward. I don’t hang onto other people’s suits. If I do, and you vote for me, will you be voting for me or the suit?” he posed.

His running mate Naomi Kagone vowed to ensure the interests of women are protected while hailing Kamau as a leader of integrity.

She said under his leadership, the county will be well managed and residents will not regret casting their votes for him.

She appealed to residents to scrutinise candidates’ track records before making up their mind on who to vote for.

“If somebody has been in public service and has not done anything for you, they should not lie to you that they will perform once elected. If someone has a record of not keeping promises, please know that they will not change afterwards,” she said.

Up your campaign game, parties won't save you — Jamleck