• They spoke at Whispers Park in Nyeri town after three days of prayers where they crisscrossed all subcounties.

• The men of the cloth said elections are ordained by God and every citizen has a democratic right to vote. 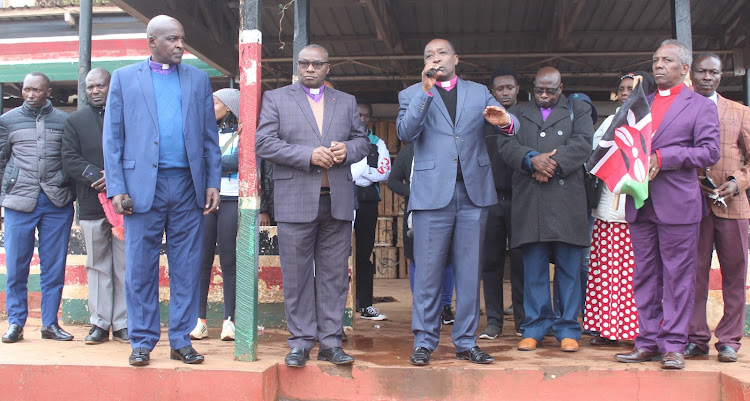 Church leaders in Nyeri county have urged politicians who will lose fairly in the election to embrace the results or seek legal redress instead of violence.

“Don't marshal your supporters to engage in hooliganism. This will only lead to the destruction of our image and economy,” they said.

The statement was released on Wednesday by bishops Erastus Njoroge of Foursquare Gospel, Paul Wanjohi(New Life) and Njoroge Ndirangu of Pefa churches.

They spoke at Whispers Park in Nyeri town after three days of prayers where they crisscrossed all subcounties, making stopovers in various town centres to pray for peace.

“We urge political candidates to respect each other and be good examples. Kenyans are watching you," they said in a statement.

"We pray for peace, free, fair and credible elections and remember we all have a duty to protect Kenya, our only home.”

The men of the cloth said elections are ordained by God and every citizen has a democratic right to vote.

“God has given us a chance to go to the polls every five years. Let it not be a five-year cycle of violence, pain and uncertainty. Do not give the devil a foothold to destroy our country,” they said.

Kenyans, they said, cannot afford to burn the country or kill each other because of elections, saying God created different tribes in Kenya and the electorate should view that as a blessing and not the reason for division.

The bishops launched the prayer peace caravan at the Kamukunji grounds in Nyeri town on Monday.

During the launch, they also cautioned politicians to carefully select their words when campaigning and avoid sentiments that may cause division or violence.

Ndirangu said they had also incorporated the police in the caravan and they spoke during their stopovers.

Bishop Wanjohi called on their followers to promote peace to protect their investments.

“We should know that 80 per cent of Kenyans are Christians and it is one thing to say you are a Christian and another to live a Christian life. We want our members to profess their faith openly by preaching peace,” he said. 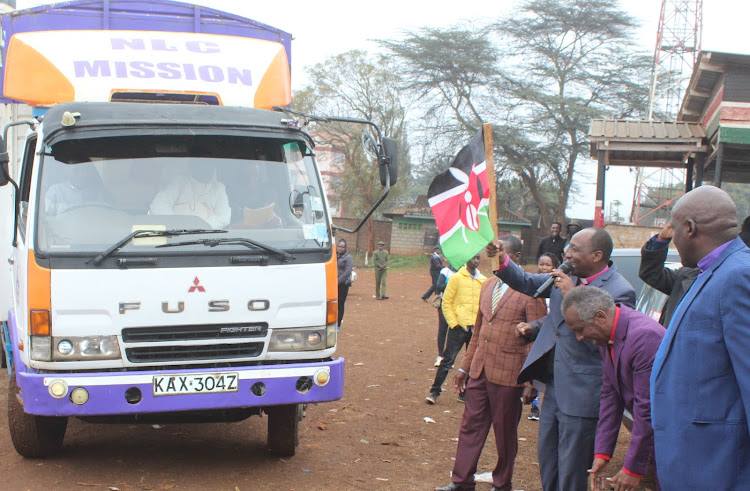 Last month, Chebukati's wife called on Kenyans to pray for him.
News
1 week ago

Kimengich says rhetoric increasingly ugly among citizens and leaders and a cause for alarm.
Counties
1 week ago
“WATCH: The latest videos from the Star”
by EUTYCAS MUCHIRI Correspondent, Nyeri
Central
04 August 2022 - 22:00