• Wachira rallied community leaders from various sectors to pledge to foster peaceful co-existence during the electioneering period in a bid to curb a possible outbreak of violence among members of various communities.

•UDA legal secretary general and Gatanga MP Aspirant Edward Muriu said that they are optimistic that IEBC will conduct a free and credible election. 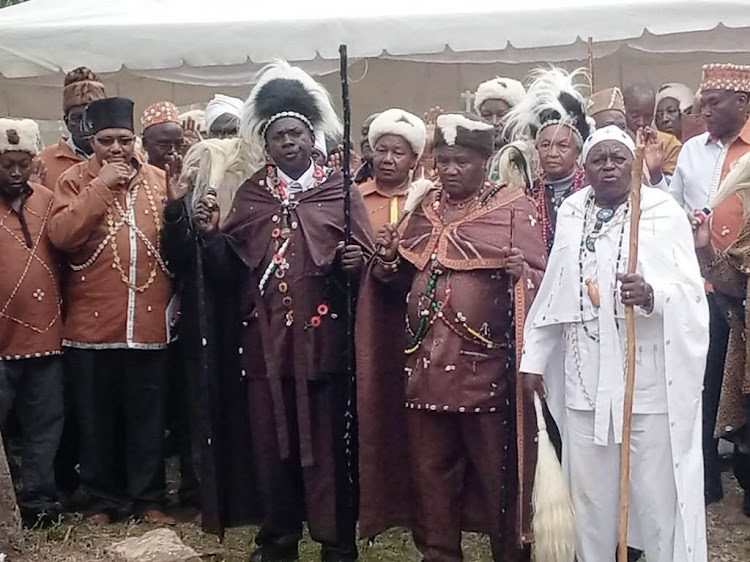 Kikuyu council of elders has asked leaders to be on the front line in advocating for peace and unity ahead of next week's general election.

Kenyan elections have been for a long time characterized by chaotic scenes especially when there are allegations of possible rigging of presidential votes.

Speaking to Star, Council chairman Wachira Kiago urged Kenyans to be keen and elect genuine leaders who will build on the country’s progress instead of those who will run it down.

He emphasized that Kenya will only continue on the development trajectory if honest leaders unite and lead Kenyans in promoting peace and harmony.

He rallied people from Mount Kenya to support President Uhuru Kenyatta and heed his directive on a political stand.

Wachira rallied community leaders from various sectors to pledge to foster peaceful co-existence during the electioneering period in a bid to curb a possible outbreak of violence among members of various communities.

“As the Country heads to an election next week, we wish to request all Kenyans to promote peace and vote for a leader who will promote economic development," he said.

He warned leaders who are distributing leaflets in the Rift valley region to stop.

He said that every Kenyan has a democratic right to stay and work in every part of the Country without being subjected to fear or violence.

UDA legal secretary general and Gatanga MP Aspirant Edward Muriu said that they are optimistic that IEBC will conduct a free and credible election.

He said that the UDA party is much determined to form the next government and liberate Kenyans from bad leadership.

“We at UDA are optimistic that the election will be free and fair and we request our supporters to come out in large numbers and vote for a change that they deserve," he said.

He also added that leaders vying for various political seats should watch their utterances and ensure that they don't plunge the country into violence like the one witnessed during the 2007 General Election where more than 1,100 people died as a result of post-poll chaos.

The US Embassy in Nairobi has issued a travel advisory urging American citizens to avoid travelling to Kisumu ahead of next Tuesday’s General Election.

In a security alert issued on Tuesday, the Embassy also noted it had imposed movement restrictions on its staff in the lakeside city.

“Out of an abundance of caution, the Embassy has imposed movement restrictions on personnel in Kisumu. The State Department reminds U.S. citizens of the continued need for sustained vigilance,” the advisory read.

The ministry of interior has assured Kenyans of security ahead of next week's election.

The Nairobi Governors race has narrowed down to Kenya Kwanza's Sakaja and Azimio's Igathe.
News
4 months ago

Raila has no support in Mt Kenya, says Uhuru's cousin