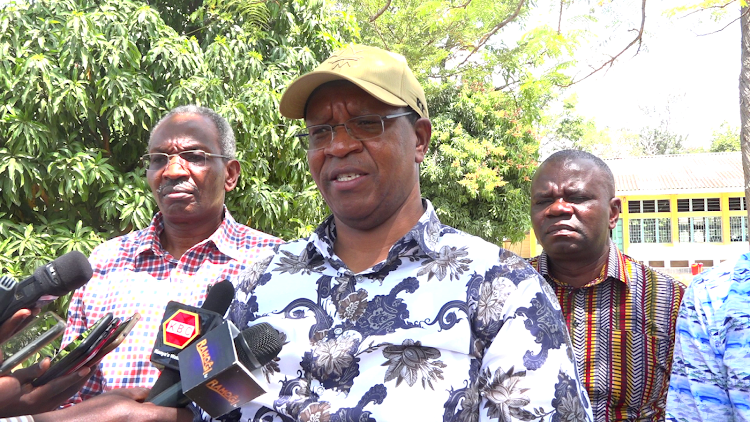 Kirinyaga county security team has flagged off 15 vehicles to various stations to enhance national security and service delivery to members of the public.

Interior Principal Secretary Karanja Kibicho said the vehicles, which are under a lease programme, will be used by the National Police Service.

He spoke at Mutitu police station in Kirinyaga Central while handing over four vehicles to the station.

“These vehicles will enable the movement of police officers,” Kibicho said.

According to the PS, the leasing programme will ensure fuelling and service is done by the state until the four-year term ends.

Kibicho said all citizens have a duty of taking care of the vehicles for their own safety.

“These are our vehicles and we should take collective responsibility in protecting them. They are being used by the officers to take care of us, don’t throw stones when you see them around,” he said.

He asked the residents of Kirinyaga to be friends with the police officers and help them when necessary.

Kirinyaga county police commander Mathew Mang’ira said the security sector has seen major improvements and confirmed that they will deliver as security personnel.

“We have no reason why we should not provide maximum security to the people. We have received a major boost today,” Mang’ira said.

“We want to thank the [Interior] ministry through the PS and the Office of the Inspector General for the vehicles.”

The commander also said the cases of theft reported along Makutano-Sagana-Karatina route have been dealt with and the situation is under control.

He urged the public to join hands with security officers by volunteering vital information to assist them in preventing crimes.

“We want a good working relationship with you people. Give us any information, especially to officers who may not understand the local language. My office is open to all — the OCS, OCPD and all other offices,” he said.

Among those who attended the flagging ceremony include Kirinyaga county commissioner Moses Ivuto and MP Munene Wambugu.

Kibicho said the government will not relent in dealing firmly with the perpetrators.
News
1 month ago