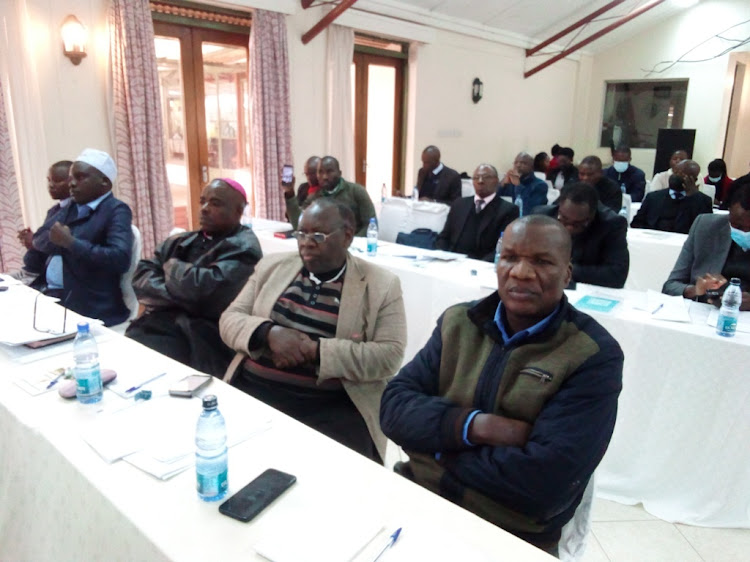 Members of the NCCK follow their meeting at Limuru.
Image: GEORGE MUGO 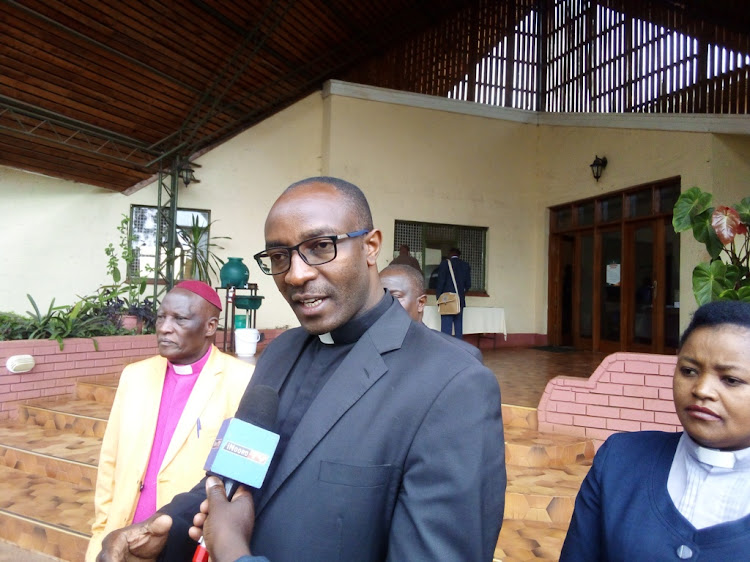 Church leaders have warned of possible chaos if politicians will not handle well the results of the much awaited August 9 general election.

The National Council of Churches of Kenya says this may result to mayhem as politicians incite their supporters to reject the results.

NCCK secretary general Canon Chris Kinyanjui has urged politicians to be ready to accept the winners and defeat if they lose the seats they are contesting for the sake of this country's peace.

Kinyanjui told politicians that Kenyans need each other days and years after the forthcoming polls.

He said no one would want to see chaos, bloodshed, losses of property, deaths and displacement of people, as a result of disagreement over the elections results.

He asked those who will have questions over the results to seek redress from the courts.

"Prepare to honourably accept defeat should you not win or go to court if you are not satisfied. Do not incite people to violence," he said.

He spoke when he met the NCCK executive at Jumuiya Conference and Country Home in Kabuku area in Limuru.

He was accompanied by the NCCK chairman archbishop Timothy Ndambuki while delivering the message dubbed Peaceful Elections for a Better Tomorrow.

He also asked the churches to schedule August 7, 2022, as a day of prayer for peaceful elections.

"In the meantime, we recommend that we use the pulpits and other forums to pass messages of peace and national cohesion, educate people on how and why they should participate in an election and encourage people to adhere to the law before, during and after the elections" he said.

Kinyanjui also urged the church to remain impartial while handling politicians during the campaigns, since it is only one person who will win.

"Taking sides at this time will compromise our ability to minister in the coming days since we shall need both the winner and the loser. All are members of the society who need attention and care," he said.

Kinyanjui further asked the government and the Independent Electoral and Boundaries Commission to prepare well to avoid issues that may arise after the elections.

NCCK secretary general says the clergy handle congregants who are skilful in different fields, and they need to follow suit.
Counties
2 months ago