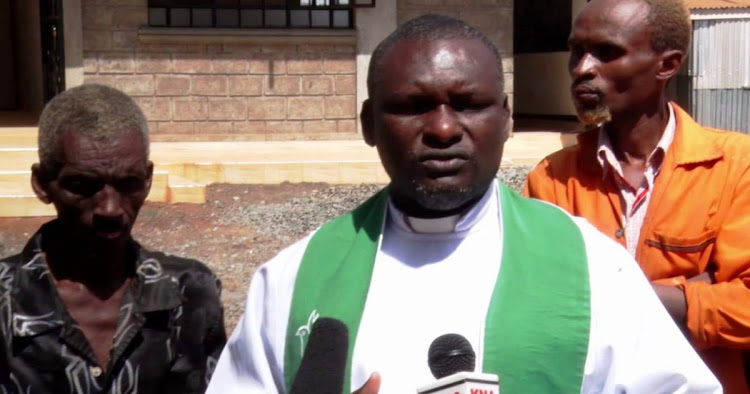 ACK St Stephen Church at Ngoingwa estate in Thika is rehabilitating alcoholics and drug addicts by offering them spiritual support to beat the vices.

Bishop Julius Kamau has dedicated his Sundays to preaching to the group.

Some even come to the place of worship drunk as they seek to quit the behaviour and become responsible members of society.

The programme started two years ago during the burial of one of the alcoholics.

“After the burial, I held a lengthy conversation with the group and realised they needed mentorship to overcome the vice," Kamau said.

"That made me set my Sundays to offer them spiritual support to better their lives."

The bishop has more than 50 congregants on many Sundays, some have been rehabilitated and are helping the rest to get out of alcohol.

Kamau said though it has not been a smooth journey, the initiative has been impactful to the group and improved their perception of life.

“They are now neat and tidy while others are slowly getting out of the alcohol and drugs, being respectful. Such initiatives have also helped in reducing crime rates and having stable families,” he said.

Kamau urged churches to come up with empowerment and rehabilitation programmes to help those affected by alcoholism and crime.

He said this would save those perceived to be immoral in society from the social stigma that may lead to depression.

“Though some attend church while completely drunk, the group most of the time keeps each other in check to ensure they attend sermons every Sunday," he said.

The recovering alcoholics led by Jacob Macharia said they are happy for being embraced by the church and they are keen to get their lives back on track.

He said in most cases, they are victimised for their physical appearance or regarded as criminals.

Macharia said saying alcoholism is a disease that leads to depression and frustrations.

They appealed to churches and other institutions to consider giving them casual jobs without discrimination to feed their families.