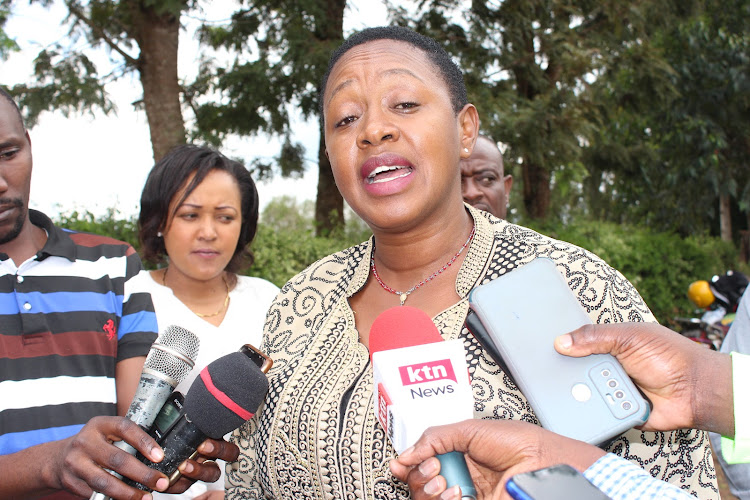 She said that in the remaining days before the general election, the vehicles will traverse all corners of the county to drum up support for Azimio's presidential candidate Raila Odinga.

Chege expressed hope that the alliance will get a majority of votes in the county saying Raila and his running mate Martha Karua have what it takes to lead the country and revive the economy.

The woman representative cautioned against unfounded propaganda that Raila cannot be elected in the region, saying this time round he will get more support than he used to get in previous elections.

“Our team will peacefully campaign for Raila Odinga. We will explain to Murang’a people our development agenda and I am sure they will support our presidential candidate come August 9,” she added.

On Azimio's manifesto which was launched recently, Chege said that it was realistic and every promise in it will be implemented under the leadership of Raila and Karua.

“The proposed Baba Care and the social support of Sh6,000 are some of the agendas the Azimio  presidential candidate has promised to implement once he ascends to power,” she said after meeting women groups in Murang’a South on Saturday.

“We are sure Azimio will garner more than 15 million votes and we want part of these votes to be from the Central region. This will give us a base to advocate for more resources to be channelled in the region.”

Meanwhile, Chege has called for calm among aspirants vying on political parties affiliated with the alliance, saying that the proposed zoning will ensure Azimio gets a majority of seats in both houses.

She said all the aspirants will be involved in the negotiations and those who will be requested to drop their bids will be assigned other responsibilities once the alliance forms the next government.

“ The exercise will be done openly and all those affected will be fully involved in the discussion,” Chege said.

She said constituency teams are being trained and will be hitting the ground next week.
Counties
2 months ago

Azimio committee to probe 2022 voter register ahead of polls