All bar operators will have to display a list of alcohol brands being sold in their outlets.

• Some men have abandoned their families due to alcohol.

• The law will prohibit distributors from working after 6pm. 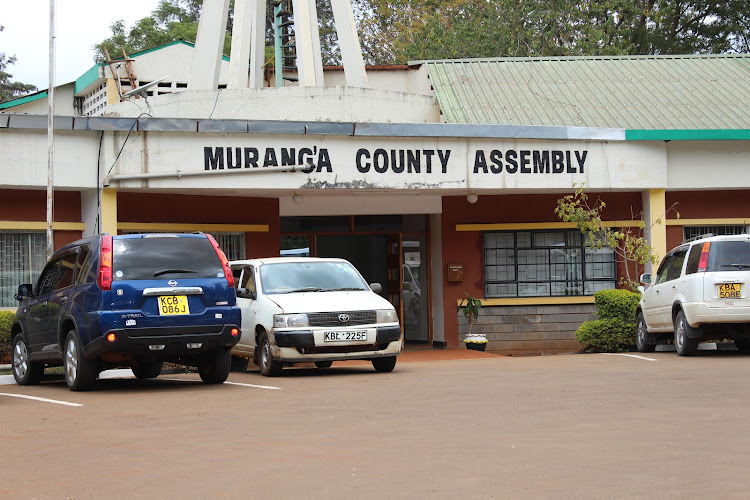 The Murang’a assembly has passed a law that will regulate consumption of alcohol and fight alcoholism that has been creeping back into the county over the years.

Murang’a County Alcoholic Bill will compel all bar operators to display a list of alcohol brands being sold in their outlets.

This will make it easier for enforcement officers to nab operators selling brands that have not been certified by the Kenya Bureau of Standards.

The law, which was passed on Tuesday, has also prohibited liquor distributors from working past 6pm as most counterfeit alcohol brands are supplied at night.

The county has been sinking into alcoholism with many youths in villages spending their days idling in shopping centres drinking themselves to a stupor.

In January this year, concerns were raised about men in Karung’e village in Mathioya subcounty who had abandoned their families or failed to marry.

Area senior chief Frasiah Njeri said men had become irresponsible, leaving their wives and children to fend for themselves as they idled in the shopping areas.

“Another crop of men has decided to keep off marriages and live with their parents, and demand for food without helping with any work,” she said, noting that this had reduced the number of pupils in local schools.

Ahadi Kenya CEO Stanley Kamau, who had organised the meeting with the men, pledged to organise a public wedding for men in the village who will get married this year as a way of encouraging them to settle down and be responsible. The men were given chickens for rearing.

In Mukangu, Kahuro subcounty, journalists who visited Gathundia and Ithirianga villages in March this year were shocked to find men scattered in individual homes drinking the brew in broad daylight.

The village had lost five men to the brews since December last year and residents were concerned that administrators were not doing enough.

Farms in the village lay bare as residents could not find workers and those who worked on their farms themselves had their produce and livestock stolen by the men.

Most affected were men around 40 years old who should be at the peak of their productivity.

Several of the brewers have since been prosecuted and administrators have conducted several barazas in the villages.

Speaker Nduati Kariuki expressed confidence that the new law will transform the lives of residents by nipping alcoholism in the bud.

“Our market has been flooded with second generation alcohol that affects the health of consumers. The law will ensure any kind of alcohol getting into the county is legal,” he said.

The Liquor Licensing Board will also be required to make public the brands of alcohol allowed in the county.

“It is the responsibility of the county government to enforce the law and ensure all outlets are licensed,” Nduati said.

He said it is absurd that youths claim they drink due to joblessness, yet they are unwilling to take up jobs that come up in the farms.

Nduati cited tea and coffee estates that have been forced to source for labourers from other parts of the country.

The youths, he said, have forced some farmers to stop going to church and spend sleepless nights as they guard their farms from theft of produce, especially avocados.

Some farmers are on the brink of abandoning farming as they are not getting meaningful returns despite the fact that avocado has become the county’s third cash crop after tea and coffee.

“These youths only steal to fund their drinking habits. Fighting alcoholism will have a positive effect on the economy of the county,” Nduati said.

Police arrest 6 in Kiharu villages ravaged by brews, locals say it is not enough

Many women have left their matrimonial homes as their men sell livestock to fuel their drinking.
Counties
2 months ago
“WATCH: The latest videos from the Star”
by ALICE WAITHERA Correspondent, Murang'a
Central
22 June 2022 - 22:00