Karua has visited and said she will return again and again until Azimio's message is clear.

• Murang'a in the last few years has turned its back on the Jubilee government and supported Deputy President William Ruto. 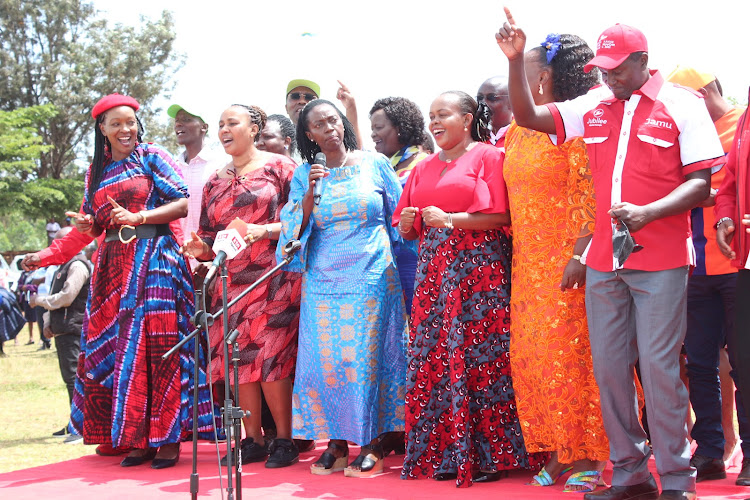 Murang’a, once the bedrock of the Jubilee government’s support, has in the last few years turned its back on the government and is favouring Ruto, the Kenya Kwanza presidential candidate.

Many residents have largely attributed the preference for Ruto to the high cost of living that has left them fighting to support themselves.

Others complain of President Uhuru Kenyatta's unavailability though the county loyally supported him and ruto in 2013 and 2017.

Ruto, however, has visited Murang'a and other Central counties many times, presenting himself as their saviour and winning many hearts and minds.

But as the campaigns officially started, the Azimio team has pledged to undo Ruto's gains in the region.

Last week, Karua told residents  she would repeatedly visit the county until they understood the Azimio gospel.

The three constituencies the duo will visit are rich in voters. 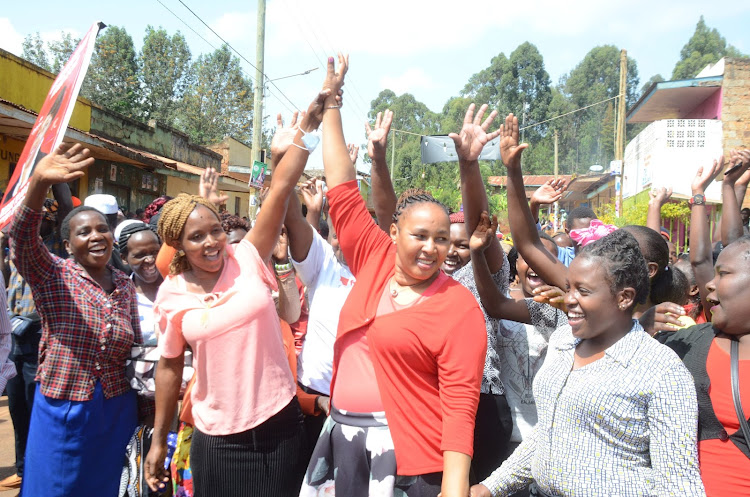 Kigumo MP Wangari Mwaniki said the campaign tour will provide a chance for Raila and Karua to sell their manifesto and interact with voters.

The MP praised the coalition's repeated campaigning in the region, saying their records as reformists and leaders who fight for Kenyans’ rights will ensure they win State House.

Wangari, who spoke while launching her manifesto at Turuturu area, described the two as leaders of integrity who will lead the country towards economic rejuvenation.

Their election will also ensure ongoing and pending projects by the Jubilee government are completed, she said.

“Kenyans can rest assured that if the two win, the much-needed economic revival will be achieved," Wangari said.

Raila's decision to pick Karua as his deputy has eased his campaigns as women feel more represented in the set-up.

Mwaniki is one of the four MPs who are supporting the Azimio-One Kenya Alliance, while three others are in Kenya Kwanza.

All except Muturi are defending their seats through the Jubilee party but Muturi was denied the ticket after emerging less popular and was trumped by first timer George Kibuku.

Ndindi Nyoro (Kiharu) and Alice Wahome have stuck with Ruto despite being elected through the Jubilee party, while Mary Waithera (Maragua) joined the alliance only last year.

Mwaniki appealed to her constituents to re-elect her, saying under her leadership, numerous roads were tarmacked through her lobbying. She said they will empower the area economically by enhancing agriculture and business activities at the grassroots.

She also cited the Sh342 million Kangari market construction that is going. Also, she cited the Sh400 million upgrade of Kigumo subdistrict hospital, giving it a 60-bed capacity and equipping it with a full maternity wing, surgical and renal units.

Kang'ata cleared by IEBC to vie for Murang'a governor seat

The commission declined to clear him on Monday over allegations his running mate had not resigned on time.
Counties
2 weeks ago