Nyokabi's pick has complicated the matrix for other contestants, who are now left to gamble on where President's support lies 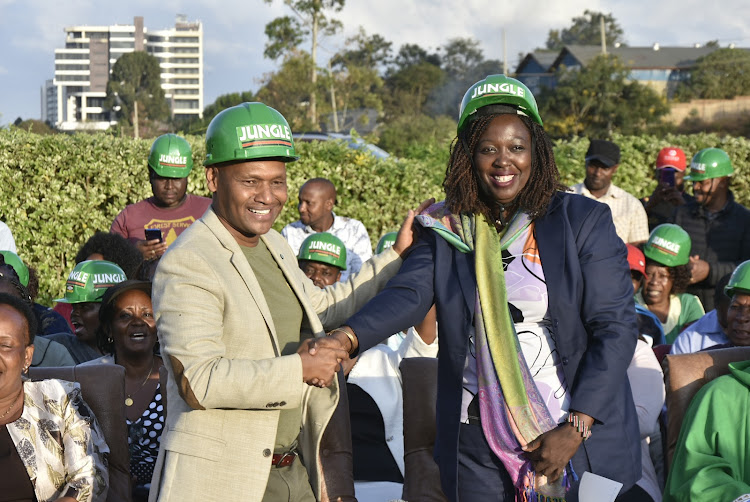 The two will vie on an independent ticket.

While unveiling Nyokabi, Wainaina said she will bring in leadership prowess, having served as the county’s first woman rep.

“She is a political scientist currently undertaking her Masters in Public Policy and Management at Strathmore University. She has vast experience in leadership and management," Wainaina said.

"She is equal to task to take Kiambu to greater heights once we assume office."

The MP said his quest to ascend to the county leadership has been turbo-charged by Nyokabi’s agreement to join him because they share a similar vision for the county.

Wainaina said they are focused on empowering residents through groups.

“She shares my mantra, she has already brought together more than 5,000 youth and women groups by empowering them with training and financial support to create income generating ventures," he said.

"This is exactly what I have been doing for close to 10 years through the Jungle Foundation."

He said once elected, they will prioritise health, agriculture, infrastructure, water, waste management and put up requisite amenities to attract investors to create job opportunities for the youths.

“We will also focus on economic empowerment of our people and farmers through value addition of products and fetching better markets for our produce because we are a farming county,” he said.

Nyokabi termed Wainaina a development-oriented and God-fearing leader, who is not tainted with mismanagement of public funds.

Wainaina's move to pick Nyokabi has complicated the matrix for other contestants, who are now left to gamble on where Uhuru's support lies.

Nyoro said his choice was informed by the gender, political balance,  professional prowess and Njambi's experience. 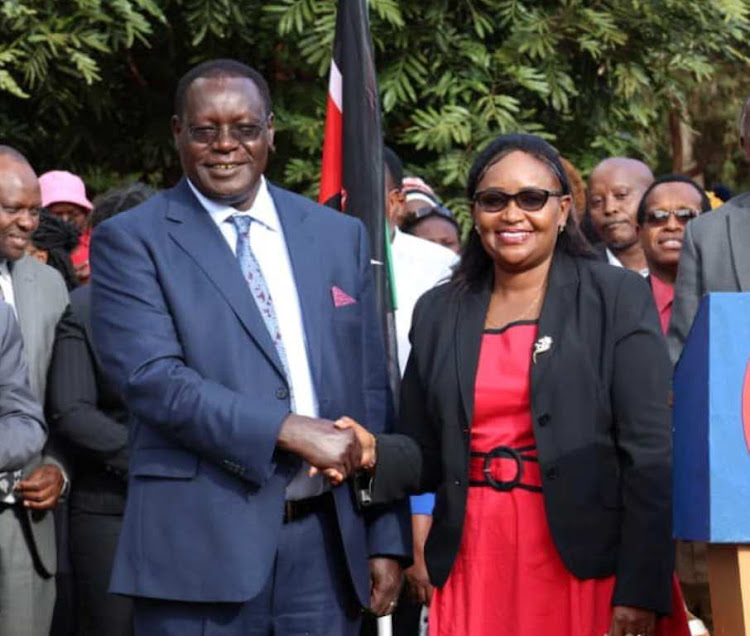 “June has extensive experience in the medical sector and has worked with the youth in community service. In this choice, inclusivity and regional balance has been achieved, Kiambu East and West are well represented,” Nyoro said.

“I have confidence she has the perfect attributes and together, we will steer Kiambu to the next level.”

The governor said for the two years he has been in office, the county has experienced massive development, especially in health, agriculture and infrastructure.

He said if he retains his seat, he will extend the projects to all corners of  the county and ensure all pending projects are completed on schedule.

Kabogo picked Esther Ndirangu, the Education executive during his tenure in 2013-17, as his running mate.

“She is an experienced international specialist with a demonstrated history of working in the education management industry," Kabogo said.

He said Ndirangu also has strong business development profession with a PhD focused in Educational Research and Evaluation from the Catholic University of Eastern Africa.

Heightened political drumbeats are set to awaken the county as the contestants gear up to stage high-octane politics as they hunt for votes. 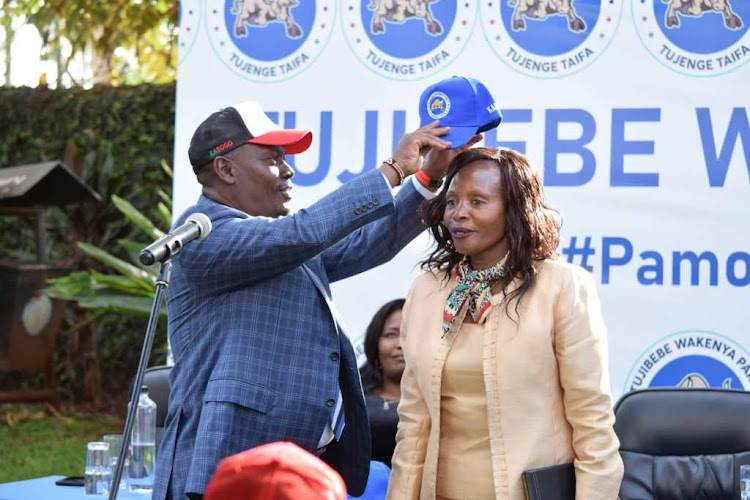