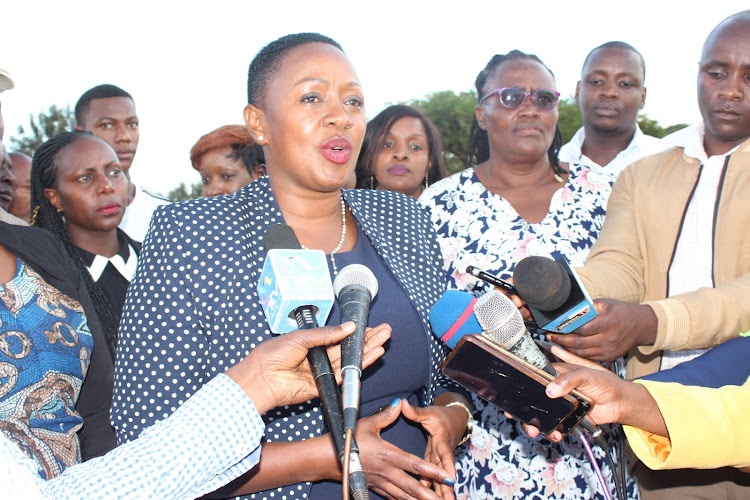 Chege has said both Kalonzo and the alliance stand to lose if he defects.

But Chege said it is wrong for a leader of Kalonzo's stature to keep flip flopping and he should make a decision to remain firm in the coalition.

"It is wrong for a leader to say one thing today and say another tomorrow. Kalonzo should know that we treasure him and want him back in Azimio," Sabina said on Monday.

Raila assigned Kalonzo as his chief minister if he wins elections, a position Chege said is prestigious.

"We all went before the panel but the position could only go to one person. I know he may be disappointed but I'd personally want him to come back," Chege, who was among the 10 candidates shortlisted for the position, said.

Though governors Charity Ngilu(Kitui) and Kivutha Kibwana (Makueni) represent the Eastern region, Chege insisted Kalonzo still enjoys considerable support from the area should work with them for Azimio to win.

She said the nomination of Karua will greatly boost the chances of women to be elected into leadership.

"Women vying for governor and senator seats now have a better chance of wining," she said.

"Raila has been heavily involved in the fight for women leadership and has shown us where his heart is. For the first time, we have a woman deputising a presidential candidate."

This, she said, is besides increasing the number of people supporting Raila in the country and in the Mt Kenya region as women constitute the highest number of voters.

Chege, who has been appointed as a member of Azimio council, shelved her aspirations to vie for Murang'a governor to focus on national politics. 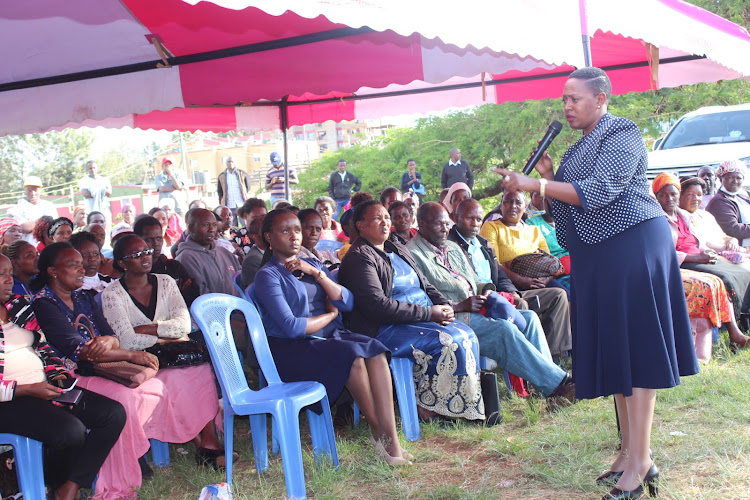 Raila and Gideon went to Kalonzo’s residence, tried to persuade him to accept the position
News
1 month ago

Raila is expected to name his running mate anytime from now.
News
1 month ago

Maendeleo Ya Wanawake those voted in should be committed to address poverty and retrogressive practices
Counties
1 month ago
“WATCH: The latest videos from the Star”
by ALICE WAITHERA Correspondent, Murang'a
Central
17 May 2022 - 22:00