Farmers have been encouraged to plant trees on their farms, especially fruit trees

• Nagwala said the Aberdare ecosystem is coming out of a very serious fire season.

•He said it took four weeks to put out the last fire despite a combined effort of various stakeholders, including the military. 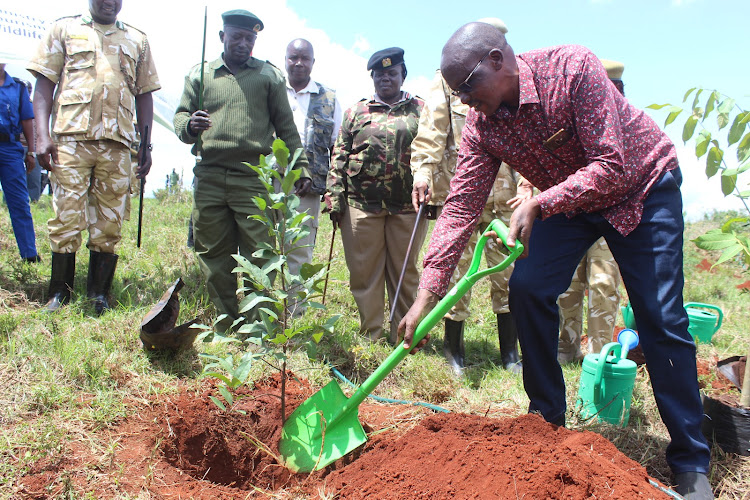 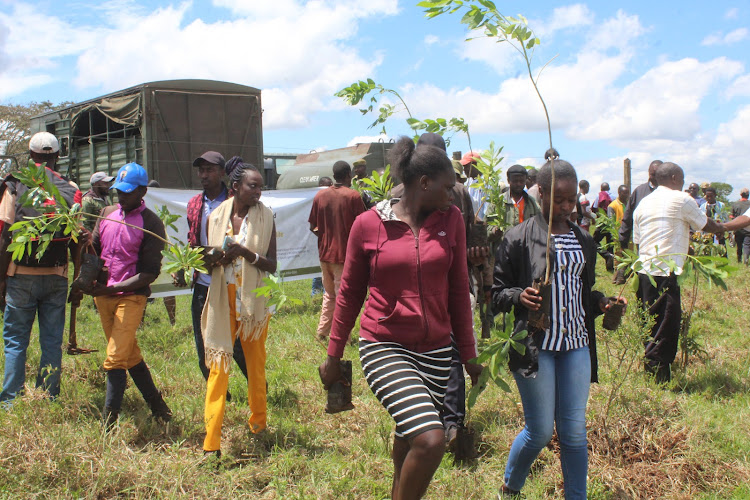 Forest fires, drought, logging and encroachment have been cited as some of the challenges that have hampered the achievement of 10 per cent tree cover in the country.

Kenya Wildlife Service senior assistant director in charge of the mountain conservation area George Nagwala on Friday said the Aberdare ecosystem is coming out of a very serious fire season.

He said it took four weeks to put out the last fire despite a combined effort by various stakeholders, including the military.

“So it tells you the complexity that is there when it comes to mitigating some of the fire issues we face in this ecosystem,” Nagwala said.

He said illegal logging and encroachment are serious threats to forests in the ecosystem. The official said many people rely on the water from Aberdare.

Nagwala urged all partners to work together to educate people on the importance of conserving the environment.

He spoke during the launch of a 10,000 tree-planting drive in Aberdare National Park in Kieni West, Nyeri county.

The planting of trees is expected to take place in the next one week.

He said they have been going to both high and low potential rainfall areas where the government has been engaging in tree planting and promoting tree planting to ensure the country attains the 10 per cent tree cover.

To fund the exercise, every ministry and government department is supposed to set aside some funds annually.

Before the end of the year, he said, the department targets to have planted 20,000 seedlings.

The trees will be planted and sustained to maturity to make the Aberdare water tower greener and habitable to wild animals.

Though some counties have surpassed the 10 per cent tree cover, there are others still lagging behind, Chelimo said, adding that it is upon all Kenyans to contribute in ensuring the parentage is raised.

He encouraged farmers to plant trees on their farms, especially fruit trees, to not only improve forest cover but also boost food security.

Chelimo advised residents to form groups and start tree nurseries so that the government can empower them economically by buying seedlings from them.

Aberdare is one of the biggest water towers in the country, contributing 80 per cent of the water supply in Nairobi.

Close to 60 per cent of the hydroelectric power is generated from dams that draw water from rivers emanating from Aberdare.

Kenya is targeting to plant at least two billion trees by the end of this year in a bid to increase the country’s forest cover to 10 per cent.

According to the Food and Agriculture Organization of the United Nations (FAO), Kenya faces high rates of deforestation which endanger both its fauna and flora.

When Kenya gained independence in 1963, 10 per cent of the country was covered in forest.

By 2009, this number had dropped to six per cent as a result of charcoal and timber production, agriculture expansion, unregulated logging and urbanisation.

The United Nations Environment Programme estimated that between 2000 and 2010 more than 28,000 hectares of forest were lost from these water towers, leading to reduced water availability of approximately 62 million cubic metres per year.

Nearly a decade ago, the government made a constitutional commitment to replenish the country’s forests back to 10 per cent of surface area by 2030, which is equivalent to more than 1.6 million hectares of reforestation.

There are new government-led initiatives. For example, the government has moved forward its deadline for the 10 per cent target to 2022 and has created an enabling and legal framework to achieve it. 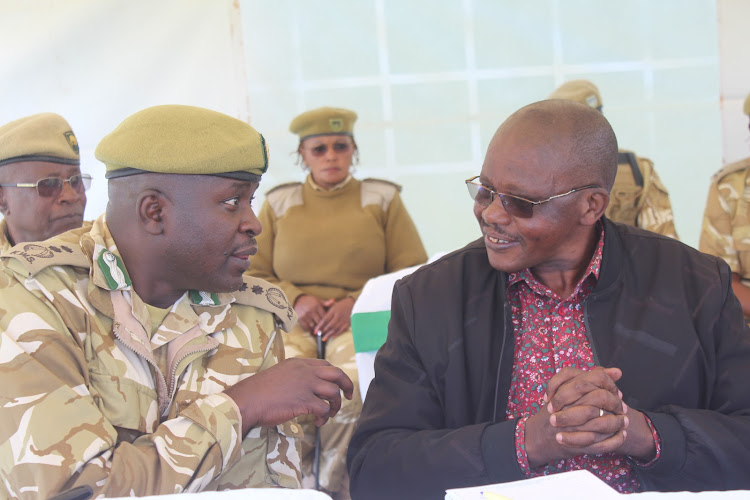 Like Maathai, the group of eight volunteers has chosen to plant trees to conserve environment.
News
1 month ago

Kenya targeted to plant at least two billion trees by the end of this year.
News
1 month ago
“WATCH: The latest videos from the Star”
by EUTYCAS MUCHIRI Correspondent, Nyeri
Central
08 May 2022 - 22:00