They were traveling from their rural home in Molo in Nakuru to Nairobi. 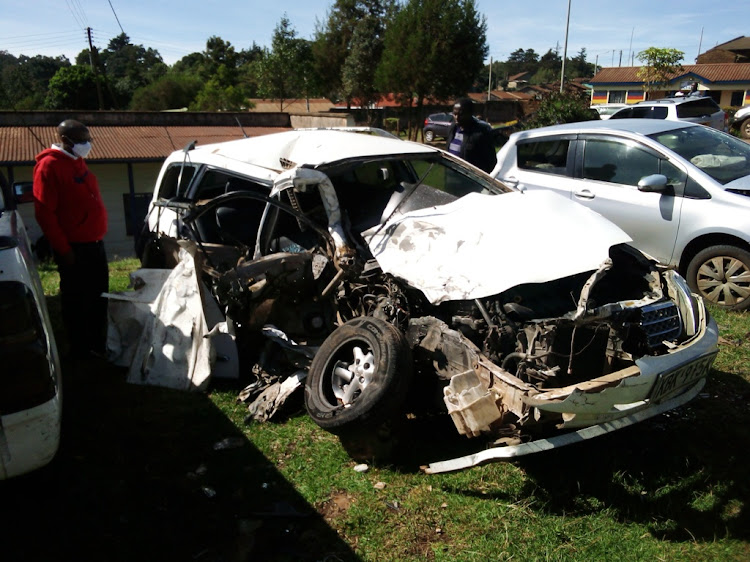 A person looks at a wreckage of car which a family of seven was travelling in that killed three members
Image: GEORGE MUGO 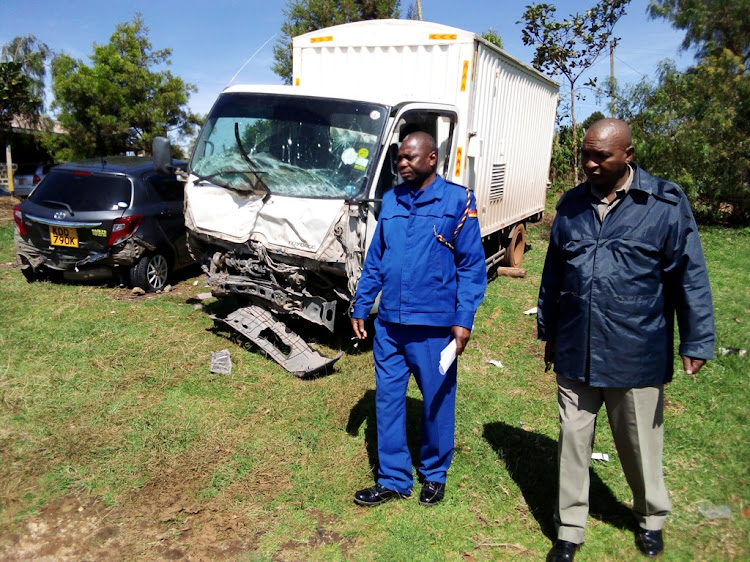 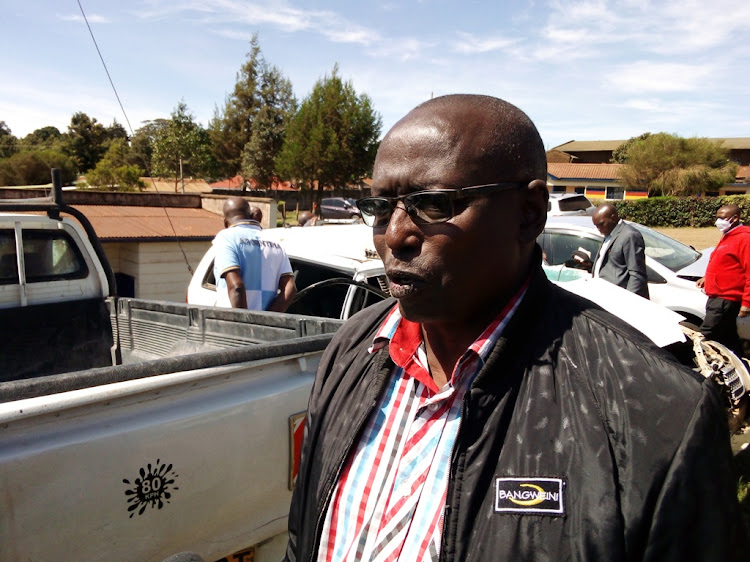 George Mungai, a member of the family whose three members perished in a road accident at Kimende, Lari, in Kiambu county
Image: GEORGE MUGO

A couple and their son died in a road accident at Kimende town in Lari subcounty in Kiambu county along the Nairobi-Nakuru highway on Sunday.

Their other son, his wife and two others are receiving treatment at AIC Kijabe Hospital.

The seven family members were traveling from their rural home in Molo in Nakuru county to Nairobi.

The tragic accident happened when their Toyota Fielder collided head-on with a lorry heading towards Nakuru.

There was a traffic jam along the busy highway as residents of Kimende volunteered to evacuate the victims before calling the traffic police.

A family member, George Mungai, said it was sad losing three members of the same family in the accident.

"The family was traveling together, the man, his wife, their two sons, the wife of one their sons and their two children" he said.

"One of the boys is two years old and the other is three months. Now we have been left with one couple who are in hospital."

Lari subcounty police commander Adamson Furaha yesterday confirmed the accident, saying the driver of the lorry escaped after the accident, and there is manhunt to arrest him.

"We are checking in all nearby hospitals, since we have not heard or seen him after the accident," Furaha said.

He further said they have launched investigations to establish the real cause of the accident.

The vehicles were towed to Lari police station.

Mungai asked the police to speed up their investigations so that they can transport the three bodies to a mortuary near Milo, since they were taken to Uphome funeral home in Lari.

Furaha has asked motorists to be extra careful while driving so as to reduce cases of accidents.

NTSA urge Kenyans to observe traffic rules ahead of Easter

Motorists urged to plan their journeys to avoid last minute rush, be patient and cognizant of other road users.
News
2 months ago

One dead, another injured in accident involving car rushing fuel to customers

The saloon car was rushing fuel to boda boda riders.
Counties
2 months ago