Lari residents living in fear after discovery of FGM tools 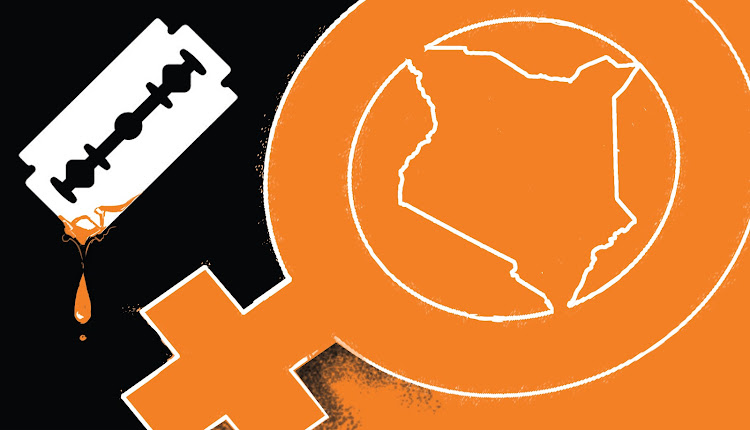 Police in Lari subcounty in Kiambu are investigating an incident in which residents found items suspected to be used to circumcise women.

The items were surrounded by a banner written in Kikuyu language and left at Bathi area in Kireita forest about 700 meters from Nairobi-Nakuru highway.

The writings on the banner said this was the time to start going back to the traditions that were dropped, among them female circumcision.

The banner was printed to purport it belonged to "Gwata Ndai".

Female circumcision, commonly known as female genital mutilation, is banned in the country.

"These are traditional activities that were dropped by our community many decades ago. The activities that have been overtaken by time. They do not add any value to our lives" a resident Solomon Njehia said.

However, since Monday, residents and especially women, have been living in fear because they do not know the motive of those who left the  items.

A resident Samuel Manji said residents are now afraid of passing through the area to access Takinya village.

Manji asked police to intensity day and night patrols so that they assure residents of security.

"Both men and women are afraid of walking alone in the area. We do not know who this people are and what they are up to. We need security," he said.

He said they have been patrolling and speaking with residents.

Furaha added that they are not taking lightly the recovery of those items.

"We want to get to the bottom of this incident. We are investigating. We have not heard anyone who has been cut," he said.

Residents asked the police to intensity day and night patrols in the area, especially near forests which are close to Nairobi-Nakuru highway such as Uplands, Kireita, Bathi and Kinale.

The culprits have been arrested.
Counties
2 months ago

Perpetrators take it as an advantage because, by then, all young girls are at home
Opinion
2 months ago

Seven girls were rescued and are currently receiving medical attention.
News
2 months ago
“WATCH: The latest videos from the Star”
by GEORGE MUGO Correspondent
Central
20 April 2022 - 22:00