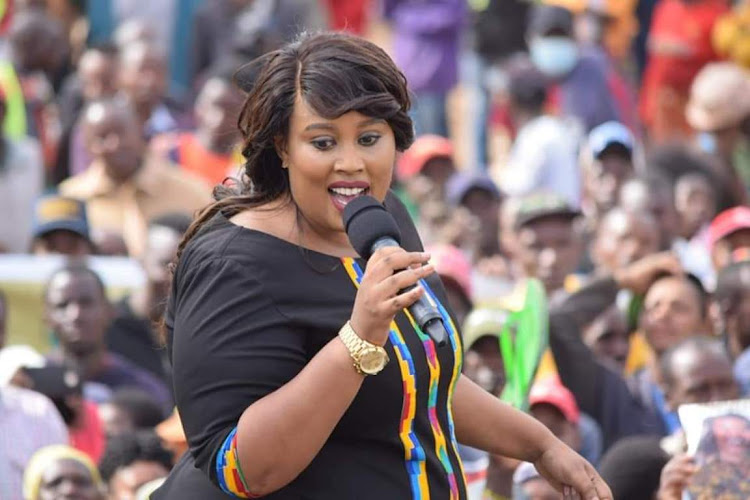 An MCA who is vying for a parliamentary seat in Kiambu county has asked the government to ensure a peaceful election in August.

Bibirioni MCA Jacque Nungari said the ongoing campaigns were getting murky by the day and could charge supporters to cause chaos.

The politician asked residents not to withhold intelligence reports on chaos being planned, but instead share it with the police or the administrators so that violence can be averted.

“We cannot imagine chaotic situations at this time and age,” said Nungari who is eyeing the Limuru parliamentary seat.

She also urged Interior CS Fred Matiang'i to provide security for female aspirants saying he had promised that the government would do that.

"We cannot disregard that the campaigns are getting heated every day. The government must be very alert. People might fight physically for their candidates and this would be very unfortunate," she said.

"We would not want to see such ugly scenes, we want peace. Let our supporters live as good neighbours, just like they have lived before."

Nungari who is vying under Tujibebe party, spoke in Limuru town  Tuesday, where she wished UDA aspirants well as they prepare to participate in the party nominations on Thursday.

"Our party which is part of Kenya Kwanza, will not hold ballot nominations, but instead will offer nominations in a harmonised way,  we wish all our brothers and sisters in UDA well," she said.

"We shall meet with their candidates in August at the ballot so that the constituents can elect their preferred candidate."

They will battle it out in the Thursday nominations. The winner will then face off with  Nungari and the incumbent Peter Mwathi who is vying on a  Jubilee Party ticket.

NCIC releases list of coded messages that can incite hatred

Many politicians buy liquor for youths, pay them to heckle, stone, cause mayhem.
Counties
8 months ago