They pledged to mobilise Nyeri residents to enlist as voters 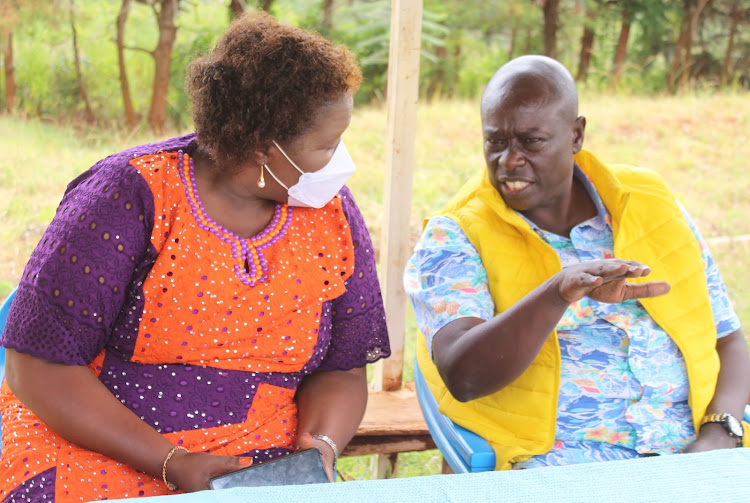 UDA and Azimio la Umoja politicians have pledged to mobilise Nyeri residents to register as voters in calls that have united even erstwhile enemies.

The Independent Electoral and Boundaries Commission officials said there was low turnout of voters in the area.

The officials said the youth were asking for incentives to register.

IEBC targets to register 75, 593 new voters in Nyeri county in the exercise running from January 17 to February 6.

On Friday, Mathira MP Rigathi Gachagua said as individuals and UDA party they have a strategy to mobilise more youths to register.

He attributed the low turnout to peoples’ disappointment with the president who, he said, abandoned his supporters to work with the opposition.

Gachagua said the state has no interest in mobilising residents to register since President Uhuru Kenyatta is not running for office.

According to Gachagua, during the previous mass voter registration, the government was vibrant in rallying residents to vote because Uhuru was seeking reelection.

He, however, called on the youth to take an active role in politics, saying they are the major stakeholders in the country.

“Youths are the biggest beneficiaries of good programmes, economic revitalisation and other programmes that will change their lives,” he said.

Gachagua also blamed the government for being slow in issuing identity cards to the residents.

Elswhere, Kieni MP Kanini Kega urged those who have not registered to do so as this is the last mass voter registration exercise.

He said the Azimio La Umoja movement has formed a lobby group that will mobilise young people to register.

He called on those who have attained the age of 18 but have no ID cards to apply for the document.

Kega said processing of IDs will be fast tracked and the cards delivered before the end of the registration period.

Only 158 residents in Mathira constituency had registered by Friday last week.

The Service Party leader Mwangi Kiunjuri called on the youth to register.

Kiunjuri said attending meetings and cheering leaders without a voters card will not help much.

“If you can’t register and cast your ballot on voting day, who do you think will address your problems?” he posed.

Each kit is handled by two IEBC staff. Nyeri has 30 wards and six constituencies.

By Sunday, only 1,031 had registered in the constituency out of the targeted 6,000
Counties
6 months ago

Kahiga says strong contenders have in the past lead others in voter mobilisation
Counties
6 months ago
by EUTYCAS MUCHIRI Correspondent, Nyeri
Central
24 January 2022 - 22:00