The facility is expected to serve more than 500,000 residents in the populous subcounty 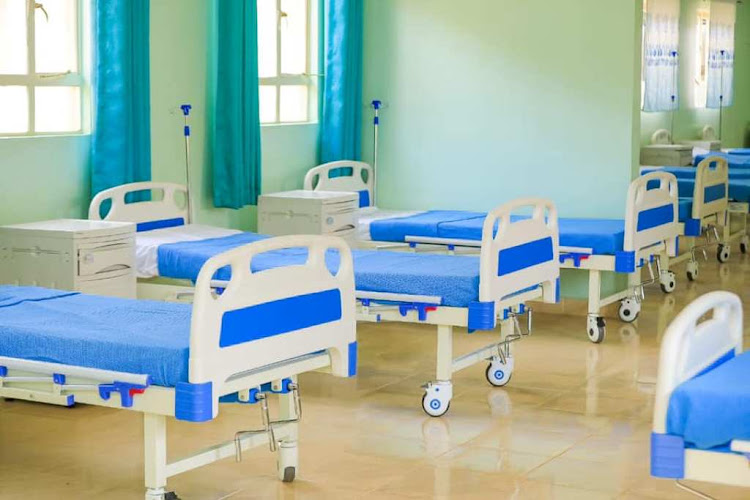 CENTRAL: A section of the Ruiru Level 4 Hospital in Ruiru town on Tuesday.
Image: John Kamau 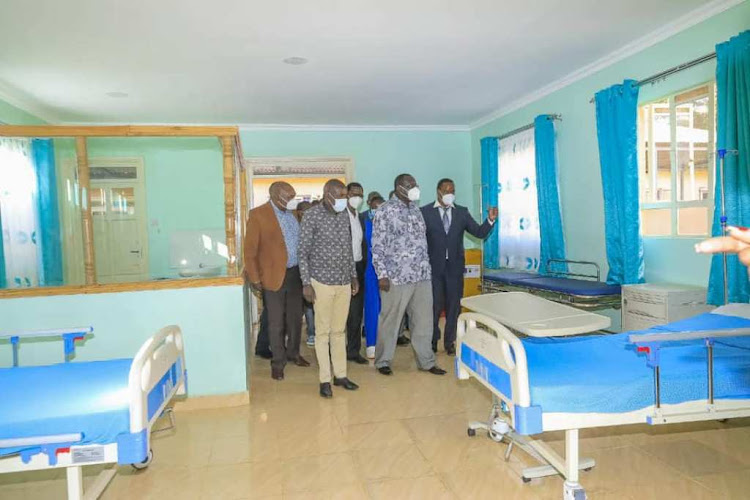 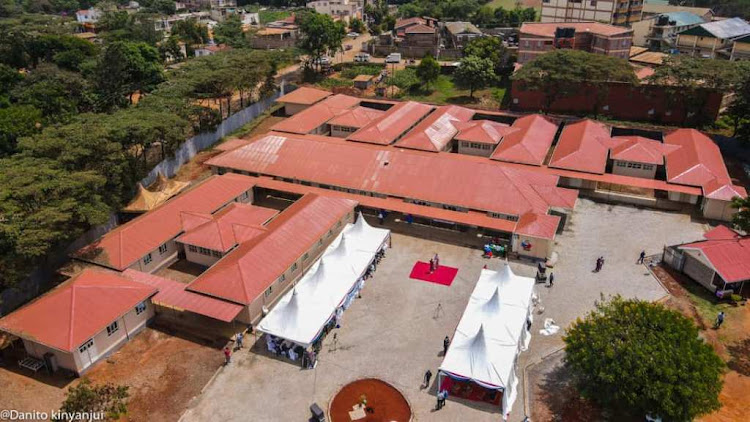 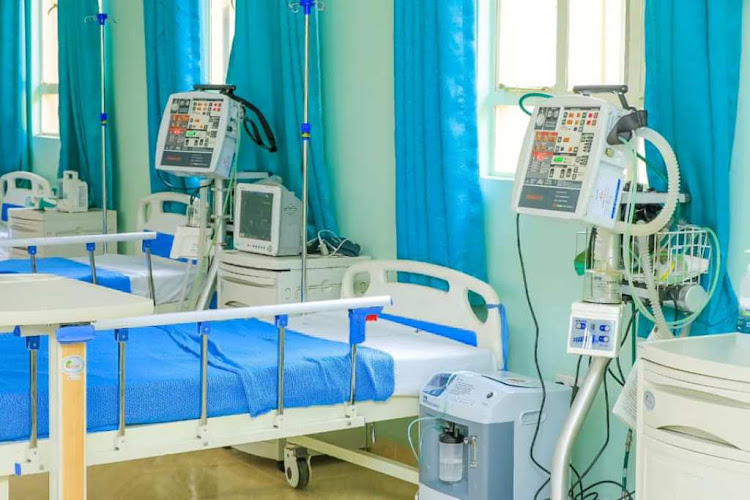 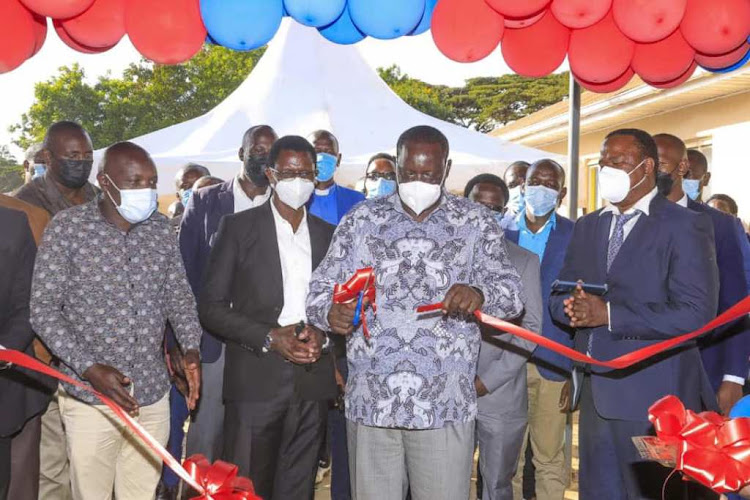 Kiambu county has completed the expansion of Ruiru Level 4 Hospital.

The facility named after President Uhuru Kenyatta, was upgraded at a cost of Sh65 million and  is expected to bring to an end the suffering of residents who have for years been forced to seek medical services in Thika, Gatundu and Kiambu.

The facility's bed capacity has been increased from the previous 46 to 200.

It is expected to serve more than 500,000 residents in the populous subcounty according to Governor James Nyoro who officially opened the hospital on Tuesday.

Nyoro, who was accompanied by various officials, said the facility will be fitted with modern equipment, including a well equipped Intensive Care Unit and a theatre to render efficient services to residents.

“The new wing incorporates a casualty unit, expanded pharmacy, laboratory as well as an imaging unit," he said.

"The old wing has for years been overstretched and couldn’t effectively serve the high population in Ruiru. However things are better now and residents can enjoy quality services from our new unit.”

Nyoro said the county has already deployed more health workers to the hospital, increasing the number of health caregivers from the previous 11 to 200.

“All the four cadres of doctors have been posted at the facility. We are also expecting over 20 intern doctors to give services here. We will also collaborate with learning institutions to make this facility a training centre,” Nyoro added.

The county Health chief officer Dr Patrick Nyaga said the new theatre will scale up operations to over 400 in a month.

He further said it will save residents the agony of taking their sick to far-flung hospitals.

“Before, this hospital was like a health centre or a dispensary but it has been upgraded," Nyaga said.

"It is now a level four hospital with a casualty wing and accident victims will now be attended to here unlike before where they had to be taken to Thika, Kiambu or Gatundu.”

Nyoro said there are plans to expand the facility further to a level five or six hospital.

The project will be undertaken through a public-private partnership with industrialists from Ruiru subcounty at a cost of Sh800 million.

Nyoro said other new health facilities are almost complete, adding that the 200-bed capacity Wangige Level 4 hospital will open its doors to the public in two weeks time, saying it was already being equipped.

"Also a level three facility is being put up in Juja subcounty and will be ready by June this year. The hospitals will be fitted with modern equipment to offer quality health services to residents.”

The MP said he has initiated the process of securing the hospital a title deed to prevent land grabbers from stealing it.

“The hospital land was once grabbed but we managed to get it back from the criminals," he said.

Residents also welcomed the project terming it a shot in the arm for most of them who were for long forced to travel for long distances to seek medical services.

“Our prayers have been answered and our suffering has come to an end. We have been seeking medical services in hospitals that are far or in private hospitals which are costly,” Cecilia Waithira, a resident, said.