• Karugu thanked the ODM leader for appointing the governor for Laikipia Nderitu Muriithi as the chairman of his national campaign board.

• She described Muriithi as knowledgeable, switched on and one who understands the struggles of Raila better and is able to interpret them in economic terms. 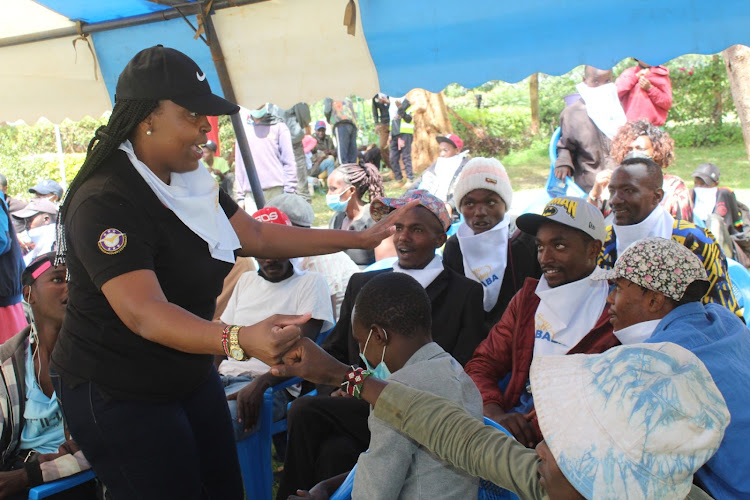 Karugu said Ruto has been campaigning since President Uhuru Kenyatta's reelection in 2017 without any clear opponent for the presidency.

Speaking in Nyeri town on Friday, Karugu said Raila has now firmed up his presidential bid with the formation of a campaign team and will give Ruto a run for his money in the battle for Mt Kenya votes.

She said Azimio la Umoja is a bigger ideology which is more encompassing and embraces unity among all Kenyans.

Karugu described the opposition leader as one of the greatest patriots, a defender of democracy and social justice, saying he is the next solution for the country’s economic liberation.

“Over the years we have seen him fight for our democratic freedoms. If there is anybody who is worth celebrating, it is Raila,” she said.

Raila, she added, owns a chapter in various stages of the country’s liberation history and Kenyans enjoy the freedoms they currently exercise today because of people like him.

She also described the ODM leader as a person who has moved from a very aggressive politician to a more gracious father and grandfather.

Karugu also told off people going round saying Nyeri is locked for the DP saying Nyeri people are known to be decisive, discerning, knowledgeable and informed.

The Deputy Governor said the people will not go through the euphoria that has been created by one side of the political space.

The DG said Nyeri people think about their future and that their safety and that of their businesses is best in the hands of Raila.

She termed the impression that Nyeri is locked for DP Ruto as false and that it is not owned by few individuals saying there are people in Nyeri who understand Raila’s struggle and are ready to see him capture power in August 2022.

She thanked the ODM leader for appointing the governor for Laikipia Nderitu Muriithi as the chairman of his national campaign board.

She described Muriithi as knowledgeable, switched on and one who understands the struggles of Raila better and is able to interpret them in economic terms.

“I want to thank Baba for picking one of us from Mt. Kenya to head his campaigns. This is one of the many strong indicator he has shown that he is embracing Mt Kenya and the region will be at the centre of his rule come August 2022,” she said.

Karuga took a swipe at her boss Governor Mutahi Kahiga for creating the impression that Nyeri people do not like history saying they not only love it but are also the custodian of history given they played a major role in the struggle for independence.

“We love history. We are custodians of history and therefore to the nation of Kenya. I wish to apologise for that notion that has been made that we do not like history,” she said.

Governor Kahiga had told the former premier on his face during his last visit to the county that the area people were not interested in history but wanted to know what his government would do for them.

Karugu spoke at the Baden Powell grounds in Nyeri town during celebrations to mark Raila’s 77 birthday.

Unlike in other counties, Nyeri chose to bring together the less fortunate in the societies who were treated for lunch.

Raila also led a host of his political allies at the Bomas of Kenya on Friday to celebrate his day.

The event also coincided with the launch of the Azimio Young Turks. 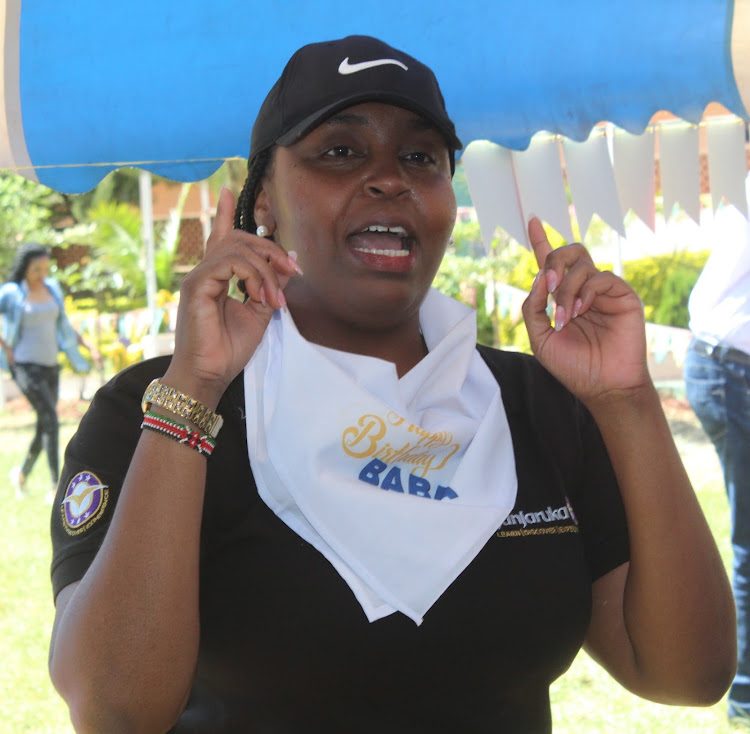 Ruto leads Kenyans in celebrating Raila as he turns 77

Raila is celebrating his 77th birthday at the Bomas of Kenya today.
News
2 weeks ago

Pomp and colour at Bomas as Raila celebrates his 77th birthday

The event also coincides with the launch of the Azimio la Young Turks.
News
2 weeks ago