• Njoroge said girls are being infected in large numbers because there is no one to mentor them. 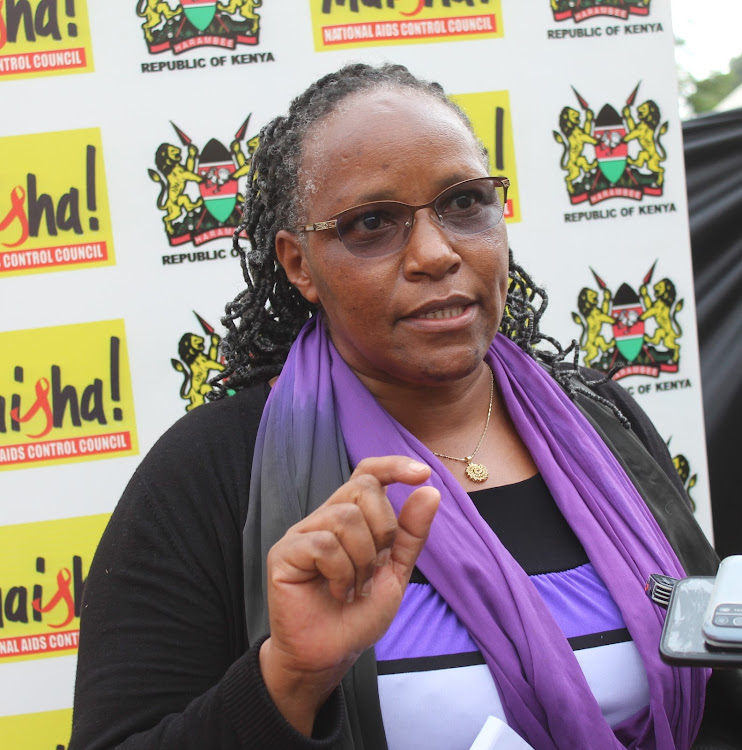 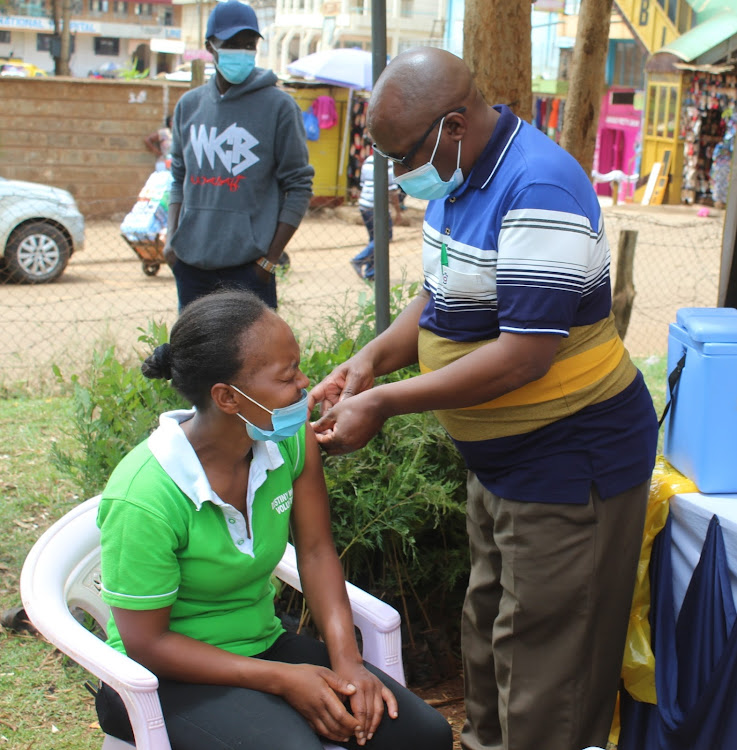 Nyeri county leads in HIV-Aids prevalence in the Central region at 4.3 per cent, Monicah Njoroge of the National Aids Control Council has said.

Njoroge spoke during the marking of World Aids Day at Whispers Park in Nyeri town on Wednesday. She said about 1.5 million people in the country are living with HIV-Aids.

Out of the 1.5 million, more than 942,000 are women and girls, which is more than half of all people living with HIV-Aids in the country.

“So this calls for us to wake up as a nation because this means we will not have a generation tomorrow if people in this age bracket are the ones getting HIV-Aids,” she said.

Njoroge said girls are being infected in large numbers because there is no one to mentor them.

Parents have abandoned their responsibilities and left it to teachers and house helps, she said.

Njoroge said unlike before when the community took part in mentoring children, today they have been left to be educated by peers.

They have no one to guide them save for the information they get from social media and the traditional media, she said.

Njoroge called on parents to take up their parental roles and instil family values in their children, saying it is the only way the lives of young people can be changed.

She also asked the community, the church and Nyumba Kumi members to have a dialogue with the children and allow them to air their views.

Njoroge appealed to Kenyans to stop stigmatising those living with HIV.

Nyeri county HIV-Aids coordinator Jennifer Kiruri said the high prevalence of teenage pregnancy is an indication people have been engaging in unprotected sex.

She said though there has been a shortage of condoms countrywide; some facilities still have them in their dispensers and residents should make good use of them.

Nyeri Health executive Kwai Wanjaria said the county government has been working hard to prevent mother-to-child transmission, adding that the county is now at nine per cent, which is still high. He said they are targeting to reduce it to two per cent.

Wanjaria urged pregnant women to go for testing early enough to protect their unborn children from contracting the virus. 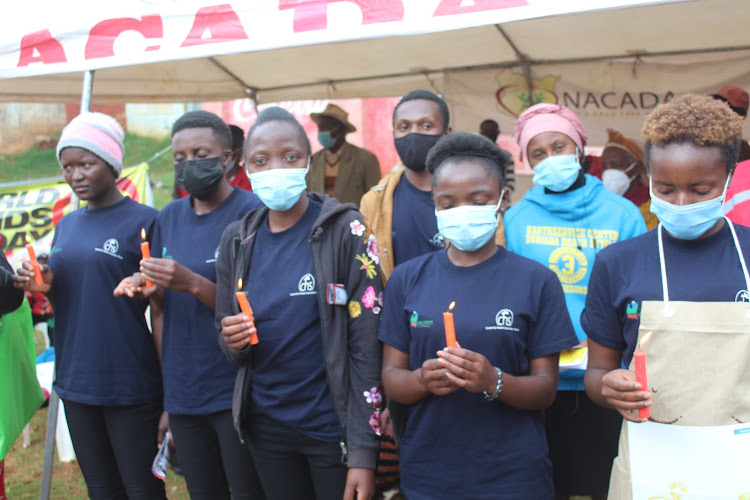 Participants light candles in remembrance of those who have died of HIV-Aids during World Aids Day at Whispers Park in Nyeri town on Wednesday
Image: EUTYCAS MUCHIRI
by EUTYCAS MUCHIRI Correspondent, Nyeri
Central
02 December 2021 - 22:00