Jamleck yet to announce which party he'll use to run for governor.

• Some leaders have criticised the government and accused it of failing to effect development in the region.

• This group has affiliated itself with the Deputy President William Ruto. 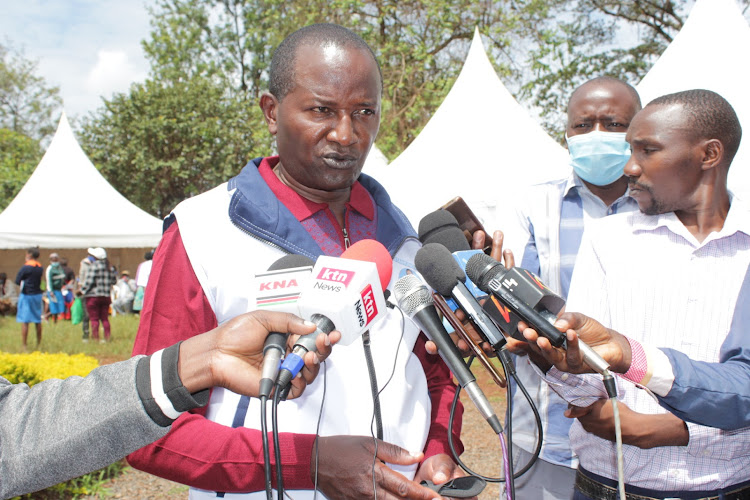 Former Kigumo MP Jamleck Kamau has said the confusion surrounding the succession politics in the Mt Kenya region has been caused by muddled Jubilee party nominations in 2017.

Kamau said the nominations were filled with irregularities, which led to many deserving leaders being locked out.

He said the nominations failed to produce the desired leaders, which resulted in confusion and lack of direction in the region.

Kamau said the party was the most dominant in the region, with numerous aspirants jostling to vie on the ticket as the party leadership, led by President Uhuru Kenyatta, called on locals to vote for its aspirants.

The result was 31 out of the 35 elected MCAs and all MPs were from the Jubilee party.

In many parts of the region, the nominations were characterised by chaos as police officers intervened to stop fights among aspirants and their supporters.

In Murang’a, the exercise held at Murang’a Teachers College, had to be postponed after police officers threw tear gas canisters to disperse members who later complained to the party headquarters.

Succession politics has in the past few years caused sharp divisions in the region as leaders disagree on the direction it should take.

Electing all leaders from one party should be discouraged — Karua

Some leaders have criticised the government and accused it of failing to effect development in the region, despite being backed by locals.

This group has affiliated itself with the Deputy President William Ruto. This has given the deputy president prominence in the President's backyard.

Another section of leaders has accused their counterparts of disrespecting the President.

As some leaders propose that the region should throw its support behind another community in next year’s General Election, others have maintained that the region has the capacity to produce yet another president.

Wa Iria, who announced his presidential ambitions, said the region is vote rich and should not be discouraged from fielding a candidate.

Other aspirants from the region who are vying for the presidency are Jimmy Wanjigi and speaker of the National Assembly Justin Muturi.

Kamau has said the poorly conducted nominations threw the region into limbo as it lacked leadership to steer it forward.

“As they say, garbage in garbage out but I believe we can be able to come together as a region ad decide the way forward,” he said.

He, however, noted that the region has never been divided, but reiterated the importance of locals making independent decisions.

“Let them understand that the decisions they make will have an impact on their future and future generations. The decision made must be clear that reflects the will of the people,” he added.

Kamau further noted that with so many parties, residents should vote in leaders based on their track record, regardless of the parties they use.

He said political suits have been overtaken by time and have no place in the current society.

Kamau, who announced his Murang’a governorship bid earlier this year, said he is yet to decide which party he will join but noted that he is consulting widely.

He however noted that he will present himself to the people of Murang’a as an individual and sell his vision unlike others who are depending on their parties.

Tell Kenyans the truth in your campaigns - Muturi

Muturi said he has openly kicked off his presidential campaign and will system it to the end.
News
1 month ago
by ALICE WAITHERA Correspondent, Murang'a
Central
01 December 2021 - 16:33