• Kahiga on Tuesday said his government will employ Muthoni as a driver in one of the county departments.
• When the students who were heading to Nairobi for their midterm break started misbehaving, Muthoni drove the students to Sagana police station and reported them. 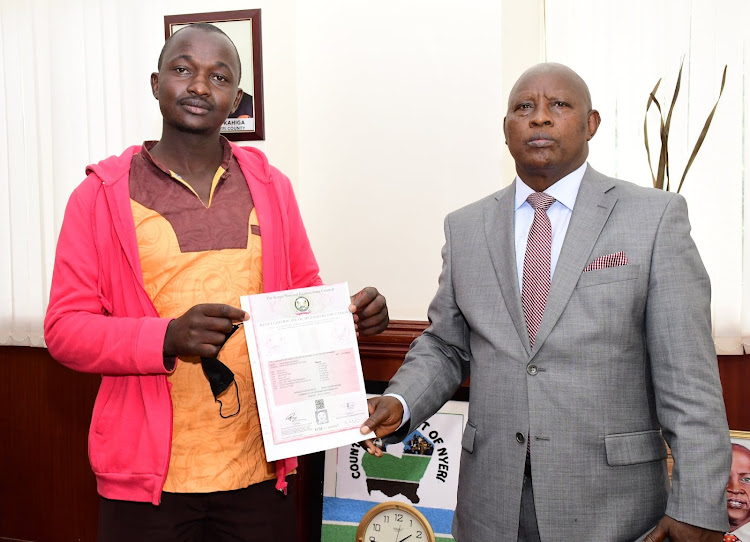 Nyeri Governor Mutahi Kahiga has been lauded by netizens for offering a job to the 2NK driver who reported misbehaving students to the police.

The students were allegedly smoking bhang and drinking alcohol in his matatu.

Kahiga on Tuesday said his government will employ him as a driver in one of the county departments.

“I wish to celebrate John Maina Muthoni, formerly of 2NK, a heroic driver who courageously reported students upon realising that they were smoking bhang and drinking alcohol,” the governor wrote on his official Facebook page.

A netizen, Peter Ngatia, wrote that the driver’s darkest hour had come before dawn and thanked the governor for the kind and wise gesture.

Another Facebook user named Vicar General said the governor won many hearts and that people recorded the good deed in their scorecards.

Joseph Nderitu called on the county to make him an anti-drugs and substance abuse ambassador.

“That’s very good of you, he really deserves a pat on his back for the heroic action. Many drivers have been carrying these boys doing all manner of evil in their vehicles without taking action. He deserves the job in your government. Kudos!” Irene Mwangi wrote.

However, there are others like Mutungah John and Daniel Ngatia who suggested that the governor should guarantee the driver a loan to enable him acquire a Passenger Service Vehicle so he can continue serving passengers.

Muthoni shot into fame on Wednesday, November 17, when he picked 14 passengers from the main matatu terminus, all who were students heading to Nairobi for their midterm break.

However along the way, they allegedly started smoking and drinking alcohol. The driver after consulting one of the board of directors drove the students to Sagana police station and reported the matter.

The Sacco is said to have fired him.

However, on Monday, November 22, the 2NK board of directors denied terminating his employment.

He said Muthoni failed to remit Sh2,100 to the Matatu owner and will resume work as soon as he clears the money.

Kahiro said on the day, the fare rate from Karatina to Nairobi was Sh400 per passenger but Muthoni only reemitted Sh250 per passenger.

He said Muthoni was booked to drive to Ruai but changed and travelled to Nairobi after getting the student passengers.

Kahiro said upon probing by the relevant 2NK Sacco accounting officers, why his last remittance was less, he became unruly.

“His case being one of gross misconduct, we then referred it to the board of directors’ disciplinary committee. The board determined and requested Muthoni to settle the matter of the unremitted money with the actual owner of the vehicle,” he said.

Muthoni has been trending after he took to his social media accounts where he claimed that he lost his job as a 2NK driver for reporting the students to the police.

He also alleged that the Sacco was harassing him for the action.

Kahiga termed drug abuse as a crime that has disheartened many parents and messed with the lives of the youth. 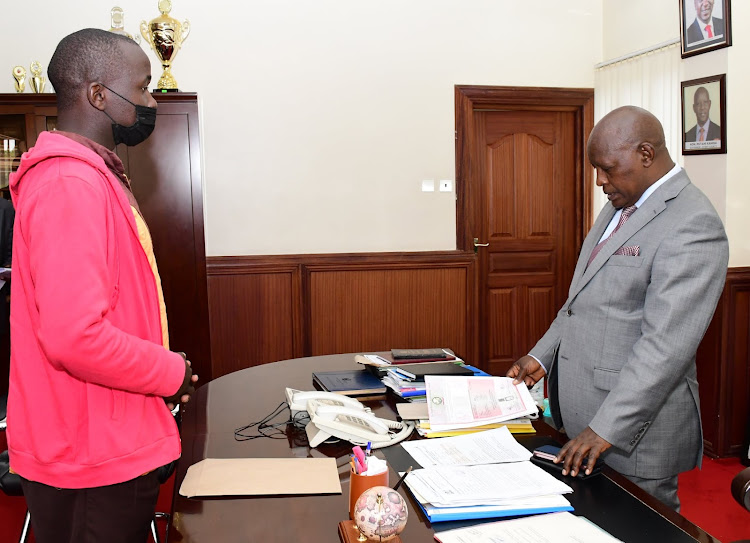