Chege urged victims to speak out about their plight, seek help 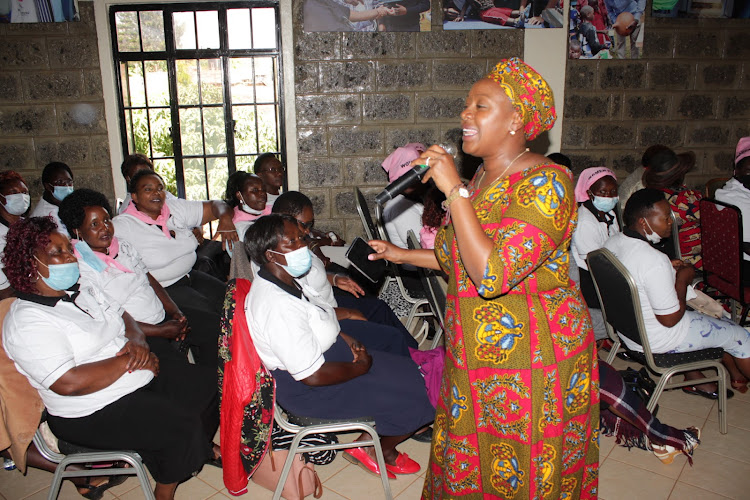 Women in Murang’a have joined the international campaign against sexual and gender-based violence.

The campaign, which started on November 25, the International Day for Elimination of Violence against Women, ends on December 10.

Led by Woman Representative Sabina Chege, the women said their objective is to ensure there is reduced violence in homes.

Chege said women are the main victims of gender-based violence and that they need to be made aware of the steps to take when they find themselves in violent situations.

The legislator was was addressing members of Murang’a Women Pillars for Peace on Thursday.

The county has been experiencing an upsurge of violence.

In July, a woman was forcefully circumcised by her husband in Kandara. The husband had joined Gwata Ndai traditional religion and vowed not to live with an uncircumcised woman.

Each of the 16 days will have a different theme and the women will go out into the villages talking to residents about it.

“If it is about female genital mutilation, we will be going to the villages to talk about it and visit the victim from Kandara and her family and encourage more to speak out,” she said.

The women will also visit teen mothers to check on their progress and ensure they resume school.

The Sabina Chege Foundation, she says, is willing to sponsor girls who drop out of school after giving birth.

She said they enter into an agreement with parents to help look after the infants as the teen mothers are taken back to school.

Chege said that there have been numerous instances of people wiping out their entire families due to domestic wrangles.

“Before it got to that point there must have been signs. Look for somebody to talk to. Either the pastor, chief, village elder or elder siblings to quell domestic wrangles. Should the differences persist, remove yourself from the situation,” she said.

Chege urged residents to be their brothers’ keepers saying lack of peace in their neighbours’ homes may adversely affect them.

She cited a case of a man from Maragua who suffered from HIV but defiled his neighbour’s daughter after he was allegedly told that he’d get cured if he had intercourse with a girl below the age of 10.

Chege said what was more shocking is that when they went to rescue the girl, her mother wailed and said he had done to her daughter the same thing he did to her.

The neighbour had raped her years back but she kept mum.

The MP urged victims of sexual and gender based violence to not stay silent and instead speak out about their plight.

“We have lost so many people through suicides and murder, the latest being an assistant chief who committed suicide in his office in Kahuro last week,” she said.

Chege further pointed out the need for political tolerance saying people need not fight over their digressing political views.

“That is why ODM, ANC and Jubilee parties were represented today because we want everybody to be given the space to sell their agenda without being discriminated against because we are in a democratic country,” she said.

Male aspirants who harass women should be stopped from vying and denied certificates, she said.

The legislator called on police stations to establish gender desks with hotlines that victims can call and access fast help.

Many people, she added, get desperate when they face violence and do not know how to access help.

Those who will be found in dire need of psychological services in the villages will be facilitated to access them.

The MP said she is working with the Indian Embassy to build a shelter for gender based violence victims.

She pleaded with women to support women leaders saying she will organise mentorship forums for those aspiring for political seats. 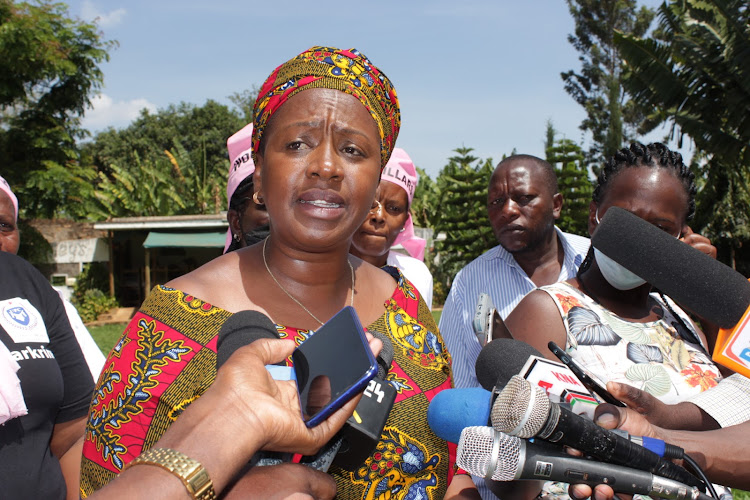 Cults taking cover behind culture to perpetrate FGM in Murang’a

The practice has become so rampant that it is taking root even in urban areas
Counties
4 months ago
by ALICE WAITHERA Correspondent, Murang'a
Central
29 November 2021 - 22:00