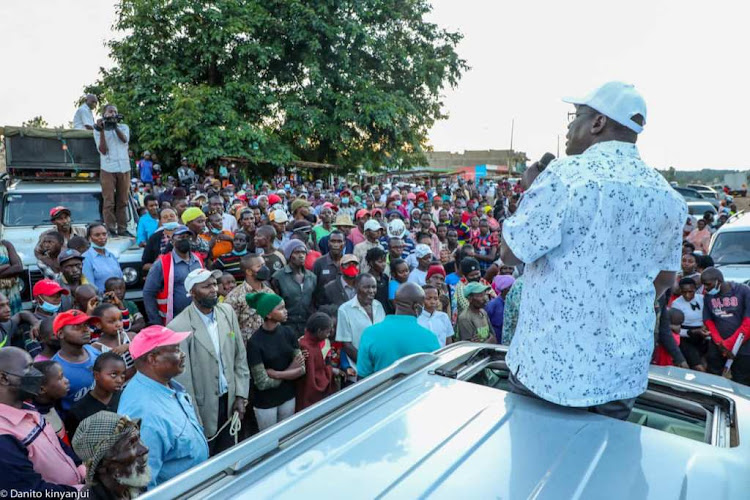 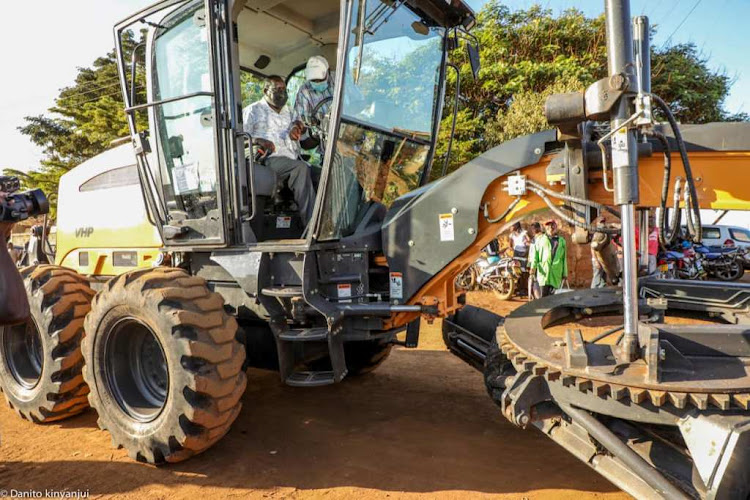 Governor James Nyoro operates a grader during the launch of gravelling of weather roads in Thika subcounty
Image: JOHN KAMAU

Kiambu county is keen to have Thika municipality elevated to a city, Governor James Nyoro has said.

The governor said infrastructural developments are being undertaken in Thika by the county in conjunction with the national government to elevate Thika to the country’s fifth city.

Nyoro made the remarks at Ngoingwa while launching grading and gravelling of some 60km of roads within Thika township ward.

The governor was accompanied by MCAs and other county leaders.

The county chief said Thika will be the fifth city in the country after Nairobi, Kisumu, Mombasa and Nakuru.

Early this year, the Senate voted to elevate Nakuru from a municipality to a city, and is now awaiting issuance of a city charter by President Uhuru Kenyatta to transform it to a city.

“Thika’s journey to achieve the city status is no longer a dream," Nyoro said.

"We are focused on actualising it by putting in place all the required developments and [necessary] amenities,” Nyoro said.

Nyoro said that other projects the county is undertaking in partnership with the national government include the proposed airport in Gatuanyaga, improvement of Thika’s road network and street lighting.

He said that the proposed airport will be constructed on the piece of land that was given by the multinational juice maker, Del Monte Kenya Limited, in 2018.

“The expansive land in Thika East will host the airport which will play a pivotal role in spurring the region’s growth," Nyoro said.

"It [airport] will [also] be key  in haulage of goods and products from firms in the region as well as from the light industries that will be put up on the land.”

The county boss said that crucial amenities that offer services to residents efficiently and effectively are already in place.

They include the Thika fire station, Thika Water and Sewerage Company, Thika Level 5 Hospital and Thika stadium, among others.

He said that multimillion projects aimed at increasing water supply in Thika through Thiwasco are also in the pipeline.

“We have already reached out to financial partners, including the World Bank and the Danish government...and they have agreed to fund projects that will inject more water in our existing system,” he said.

Nyoro added, “We want to have sufficient water to sustain the increasing population as well as the many industries within Thika.”

The county chief also said that waste management in the region has been addressed through partnerships, citing the collaboration with Japan's Fukuoka University.

The institution has been in collaboration with the Kiambu county on solid waste management.

A semi-aerobic waste management pilot project, known as the Fukuoka method landfill at Kang’oki dumpsite, has been successfully completed in Thika at a cost of Sh40 million.

Bishop David Ngari alias Gakuyo, who is also Nyoro’s political advisor, said that more investors are being engaged to put up essential amenities that will be vital  in making Thika a city.

“The county has provided a favourable climate for investments in Thika and already more investors are trooping into the region which is good for our people,” Gakuyo said.

Thika Township MCA Andrew Kimani said that gravelling of roads in the outskirts of Thika town will improve mobility and accessibility for residents and investors.

“We would love this municipality to become a city because we know we would reap more especially as traders," he said.

"Elevation of Thika to a city will see more developments and investments open up and this will turnaround the economy.”

Post a comment
WATCH: The latest videos from the Star
by JOHN KAMAU Correspondent
Central
24 November 2021 - 22:00
Read The E-Paper