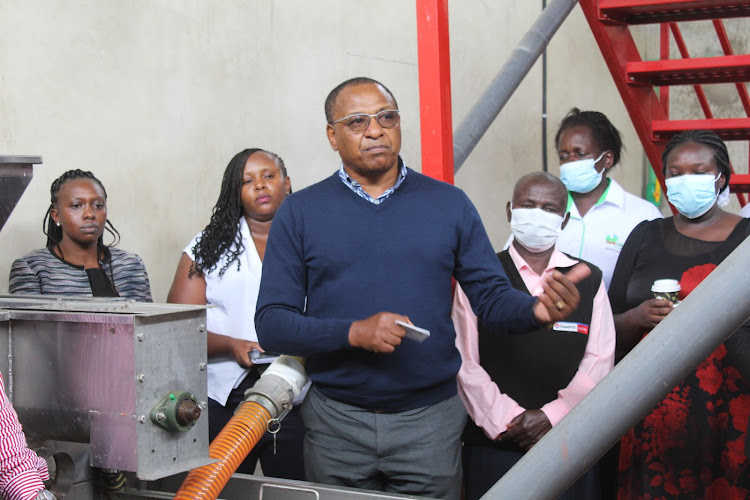 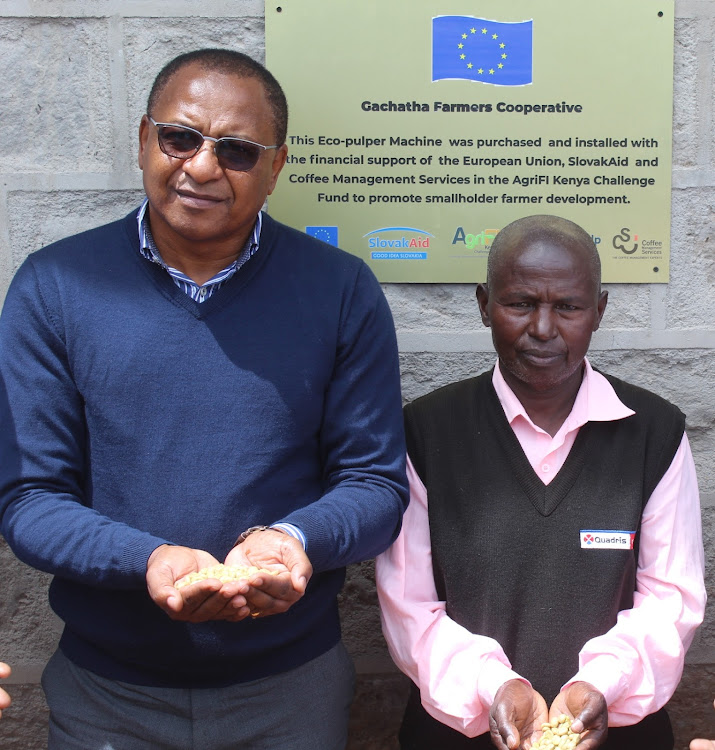 Gachatha Farmers Cooperative Society in Tetu subcounty is expected to cut its production cost by about 20 per cent.

This is after benefitting from a modern eco-pulper machine.

Coffee Management Services managing director Kamau Kuria said the machine, which is worth Sh6.5 million, does not break the coffee beans leading to better quality.

It grades coffee better than the old machine and will also reduce labour cost.

The eco-pulper needs only two people while the old disc-pulper required five.

“That is a huge saving to these farmers who will be benefitting from the new technology,” he said.

With the old technology, farmers needed 20 litres of water to process a kilo of coffee.

However, with the new technology, they need only two litres to process a kilo, which also translates to lower electricity cost.

It also minimises wastage, meaning the farmers will have more weight to sell and the net payout to the farmer will improve, he said.

The Colombian-made machine with a capacity to pulp five tonnes per hour was fully funded and installed by the European Union, SlovakAid, Self Help Africa, AgriFi Kenya Challenge Fund and Coffee Management Africa.

Kuria, who spoke during the commissioning of the machine on Tuesday, said previously, the farmers used the old Mckinnon disc-pulper of the 1960s.

He also said that Kenyan farmers will fetch more money from coffee following a world shortage.

Brazil experienced drought and frost leading to a shortage in total world production of coffee to 158 million bags while the demand is at 172 million bags.

“But again that is dependent on the farmers bringing into the market well processed good quality coffee which starts from the field and is maintained in the coffee wet mill,” he said.

Production is also still at a low of 400 kilos per hectare compared to some countries that produce up to two tonnes of coffee per hectare, he said.

“I am happy to report that this project also includes training the farmers on climate smart agriculture and training them on good agricultural practices,” he said.

The Cooperative chairman Peter Mathenge thanked the companies for the donation, saying it will go a long way in cutting down production cost.

Mathenge said they has been using a machine installed in 1963 and was lowering coffee grade following breakage of coffee beans.

He expressed hope that the machine will now help improve the grade, translating to more earnings.

The machine will cut coffee processing cost from Sh2 million. 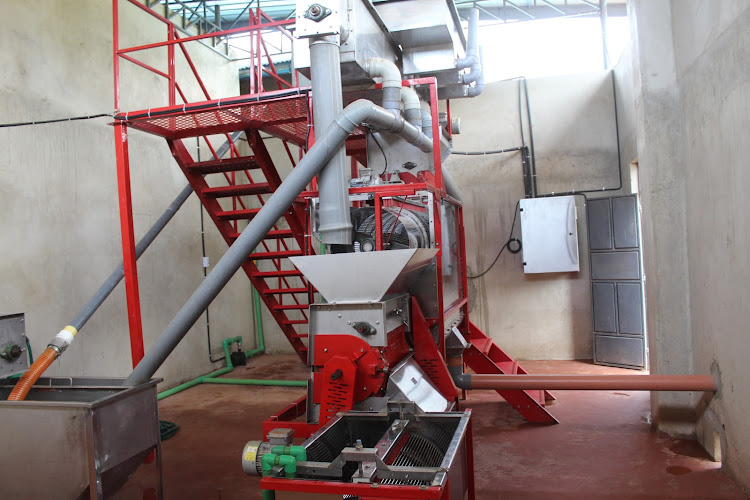