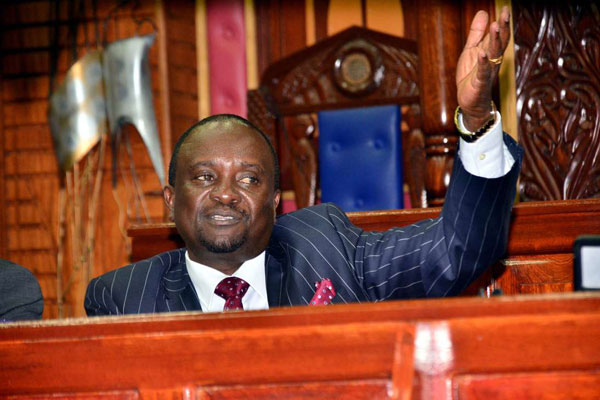 Kibiru, who beat the Jubilee wave to win the senator seat as an independent candidate in 2017, said he has made the decision after months of soul-searching and consultation with the electorate.

"For a long time and against persistent nudging by friends and contemporaries, I have been reluctant to make a stab at the Kirinyaga gubernatorial seat," Kibiru said on Tuesday.

The Senate Finance and Budget Committee chairman is now among the big guns seeking to unseat Waiguru who's seeking to defend her seat.

Narc Kenya leader Martha Karua, Kirinyaga Woman Representative Purity Ngirici and former governor Joseph Ndathi are among the bigwigs who have declared interest in the seat.

Ngirici will battle it out for the UDA ticket in the party primaries.

It was not immediately clear whether Kibiru will join a party or go to the polls as an independent candidate.

"Even as I prepare to do so, I take this opportunity to thank the people of Kirinyaga for giving me the chance to serve them as their senator since 2017," he said.

"I am totally persuaded...we can turn around the fortunes of our beautiful county and become a shining star in the league of Kenya’s 47 devolved units."

Kibiru announced his candidature days after he was endorsed for the county's top seat by a group of elders, business people and opinion leaders.

The lot had also endorsed him as the coordinator of National Government projects in the county after Waigurus defection.

“The people of Kirinyaga asked me to come out and talk about the legacy of President Uhuru," said Kibiru when he accepted the role of President's point man in Kirinyaga.

"The people are concerned that we may look as if we are thankless despite the great work the President has done for us," he added.

Kibiru said that he accepted the responsibility with great zeal, saying Kirinyaga people had not abandoned the President and that they would continue to stand with him to the end.