GIVE US A CHANCE

They say they will not remain silent as politicians mobilise the country along ethnic lines. 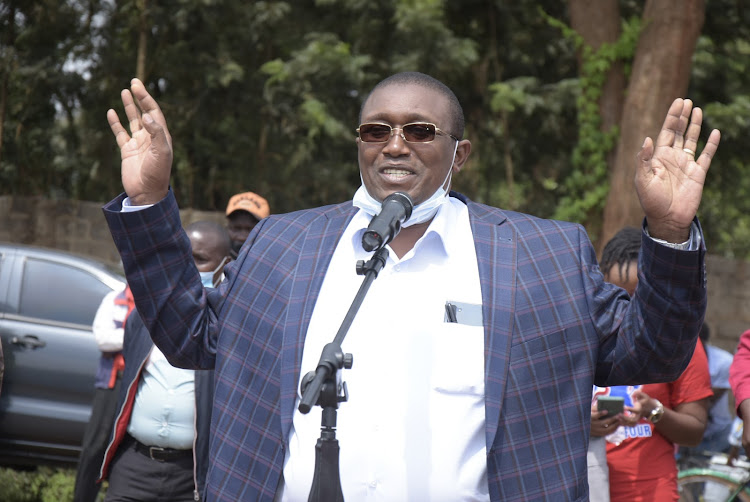 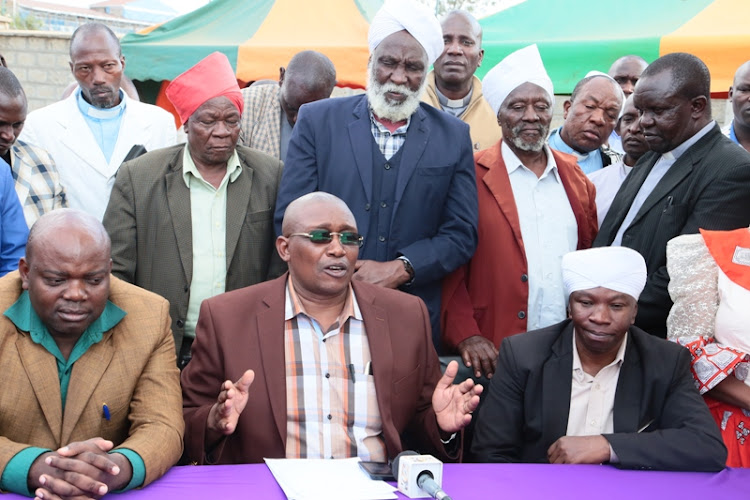 A section of the clergy plans to give politicians a run for their money in next year's general election.

Under the Covenant Clergy Alliance, the clerics say the time is ripe for religious leaders to rise to leadership positions to help in the fight against ills bedevilling the nation.

Led by Calvary Chosen Centre general overseer David Kariuki Ngari, they said they would be lining up as aspirants for the positions of MCA, MP, woman representative, senator, governor and even president.

Already, former Presbyterian Church of Eastern Africa moderator David Githii has declared that he is in the race to succeed President Uhuru Kenyatta in the 2022 general election.

Githii, who hails from the Gikambura area in the Kikuyu constituency, served as the highest-ranking official of the PCEA general assembly between 2003 and 2009.

Bishop Ngari, commonly known as Gakuyo, while addressing other clergymen during a prayer meeting in Thika on Monday, said the country will be in safe hands should Kenyans elect anointed men (and women) of God.

“We have been lamenting poor leadership after every five years, yet we have the power to change the country’s political narrative," he said.

"As church leaders, we won’t keep quiet and watch our country go astray because of politicians. We will face them at the ballot.”

Gakuyo has already declared his bid to vie for the Thika Town parliamentary seat in next year's general election.

He will be seeking to replace the incumbent Patrick Wainaina, alias Wajungle, who has already declared an interest in becoming Kiambu governor.

The bishop said that clerics are the best people to fight corruption that has crippled the country’s economy for years in terms of providing servant leadership and guiding the country towards social, political and economic stability.

“We are optimistic that we will have so many clergymen in leadership positions across the country after next year’s polls,” he said.

Gakuyo said that church leaders who will vie will be banking on the support of their congregants as well as the anointing by God.

His sentiments were echoed by Pastor Simon Mbatia of the Chrisco Church of Kenya who will be vying for MCA in Kamenu.

At the same time, the clerics called on politicians in the country to avoid engaging in divisive politics, saying that they are concerned over the recent trend of outbursts by politicians ahead of polls.

They said that they are worried by politicians who are out to destabilise the country’s peace and national cohesion through their derogatory remarks designed to ignite animosity among Kenyans.

The clerics said that the heightened political intolerance currently being witnessed in the country could trigger chaos if certain politicians are not tamed.

“The church will not remain silent on the issue and watch as the politicians continue to mobilise the country along ethnic lines so as to satisfy their political ends and alliances," Ngari said.

"It’s as if our brothers and sisters in politics have forgotten that we do not have another country to go to if they burn Kenya. They should put the interests of Kenyans first.”

“The constitutional bodies should now prove their merit and integrity to Kenyans by taking action against the hate mongers,” he said.

Archbishop Joseph Ng’ang’a of the Holy Spirit of God Church warned the church against taking sides in the ongoing political duel, saying that it would further polarise the country.