Wainaina says the President has implemented many development projects across the country. 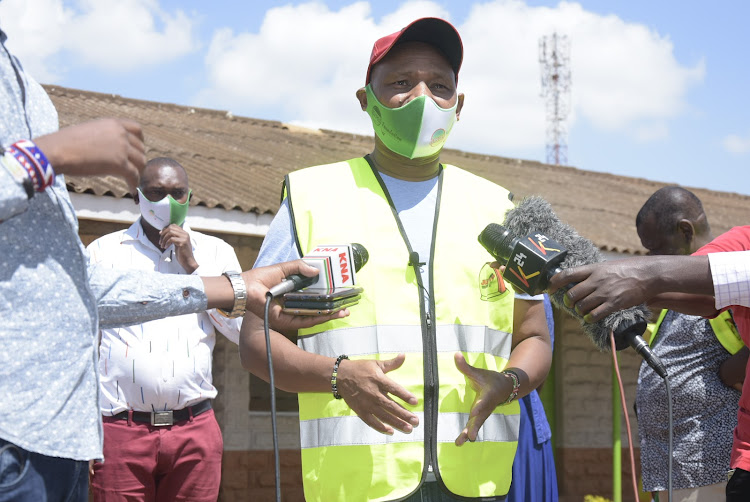 A Central Kenya lawmaker has urged President Uhuru Kenyatta to start development tours of the country to highlight his achievements.

Thika Town MP Patrick Wainaina, alias Wajungle, told the President it is high time he went to the grassroots to inform the people of the development projects his administration has started and accomplished.

Wainaina spoke in Thika while inspecting the Sh1.7 billion construction of the 15km Del Monte-BAT bypass and the Nampack-Umoja-Mid Oil link road.

But Wainaina said Uhuru’s administration has implemented many development projects, citing road infrastructure, industrialisation, electricity connection, and water for irrigation and domestic use.

He said the President should "move to the ground" to end the lies being peddled against his administration.

“I appeal to the President to move out of Nairobi and tour every part of the country and show Kenyans what his administration has delivered. We are aware that developments have sprung in every corner of the country and Kenyans need to be reminded of the projects,” Wainaina said.

He said that in Thika, for instance, more than 50km of roads have been tarmacked. He cited the 24km Gatuanyaga ring road from Muguga-Ngurai-Munyu-Githima-Kang’oki-Kisii and to the Thika-Garissa highway. The government will spend Sh1 billion on the road, which is to be the first tarmacked stretch in the subcounty since Independence.

The MP took issue with politicians, especially from Central Kenya, hell-bent on pitting Kenyans against the head of state.