Uhuru: I fear no one, will sack all corrupt state officers

Kenyatta's remarks came only hours after DP William Ruto lamented, on Sunday, that the President had dumped him even after he worked day and night in both 2013 and 2017 to ensure victory 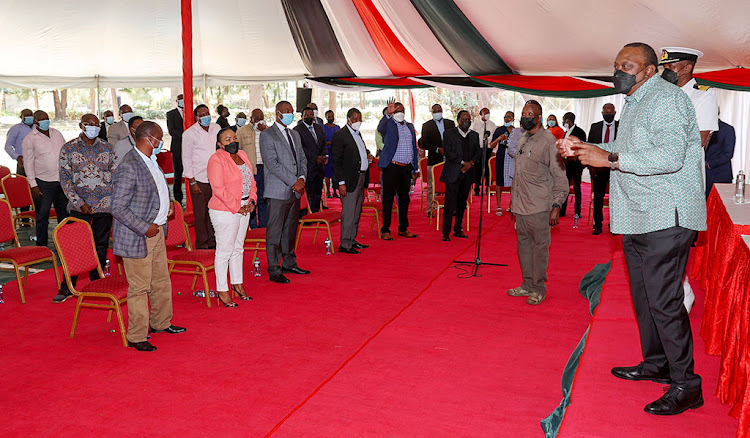 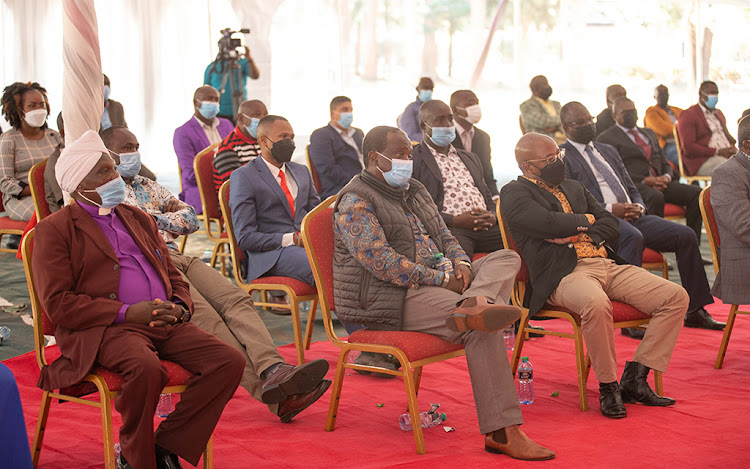 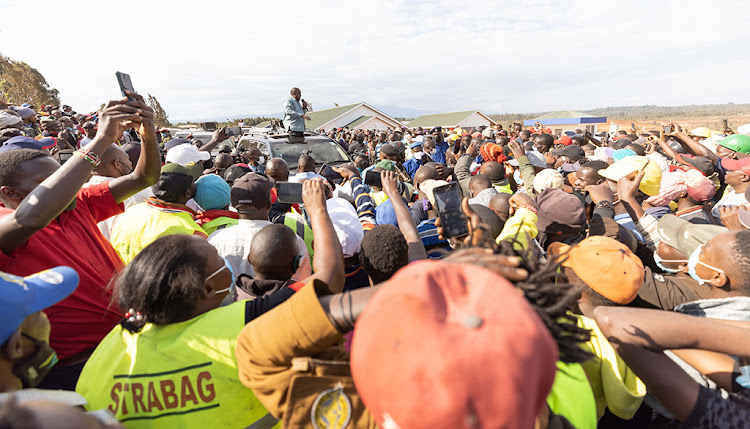 Without mentioning names, Kenyatta said he is keen on delivering on his pledges and would be stopped by corrupt bureaucrats.

"I'm not seeking votes again and I will ensure I have purged all fraudsters. I don't fear anybody and nobody should blame me for that," he said.

Speaking at one of a series of stops in his tour of Kirinyaga on Monday, only hours before tomorrow's Mashujaa Day fete, Kenyatta said he had no time for empty talk and empty promises.

His roadside remarks came only hours after Deputy President William Ruto lamented, on Sunday, that Kenyatta had dumped him even after he worked day and night in both 2013 and 2017 to ensure Kenyatta became President.

Ruto, while on a meet the people tour of Coast region, said it was hypocritical of Kenyatta and ODM leader Raila Odinga to brand him a thief.

"When I supported Uhuru and Raila, they said I was dependable. Today when I opt to make the jobless prosper, they label me a fraud. Are these not cons?" Ruto asked.

The two Jubilee chiefs presently do not see eye-to-eye, the same worsened by the fact Kenyatta appears to give tacit support to Raila as his successor.

With less than a year to the 2022 general elections, he advised Mt Kenya region residents to keenly assess the suitability of the politicians seeking the top seat.

Kenyatta, who used a Kikuyu proverb, advised the region to be wary of politicians interested in their vote via empty and sweet sounding promises, lest they regret falling for empty lies.

"Use your discretion to critically evaluate what they are telling you. Be on the watch out and judge them by their words. Some words are sweet, but do not always bear sweet fruits."

He told the people of Mt Kenya to listen to sound advice and avoid falling for the lies of propagandists because there are those intending to use and dump them.

He reminded them that there are also politicians willing and ready to tell the truth.

He added, as part of the warning: "Be careful not to be carried away by their words lest you regret why they advised you to dump your leaders."

Speaking in Gichugu, Kirinyaga County, Kenyatta said the region needs time to decide the path it shall take politically and not be pressed to pick a candidate.

"I know these people are not fools to be thought for on their behalf. Give them time to think and let them digest over the agendas you market to them, but should I say, if they (those courting you) are loaded with wealth and feel generous to give you something, take, but tell them that you will think through their proposals," he said.

He also said his administration should be allowed to complete its work without distraction as his focus is to continue implementing development projects across the country.

"Allow us to work with peace and give us respect. To arrive doesn’t necessarily mean you have reached your destination. We are not in a hurry because we have work to do. This is not a political season, it's time to work!" he said.

He was speaking at Kabare ward after inspecting the ongoing construction of the Thiba dam.

The Sh8.5 billion project is one of the mega projects undertaken by his administration and is 60 per cent complete. It is set to be complete before Kenyatta leaves office next year.

The completion of the dam will be a game-changer in food security and will boost rice production.

He promised the relocation of Kiathi Primary School near the dam to ensure the safety of pupils.

He assured residents his administration will build a health facility in the area so the sick will not have to travel long distances to medical service.

Earlier, Kenyatta met Kirinyaga county leaders at Sagana State Lodge where he encouraged them to work together and shun cheap divisive politics.

He will tomorrow lead the nation in celebrating Mashujaa Day in Wang'uru Stadium, Kirinyaga county. 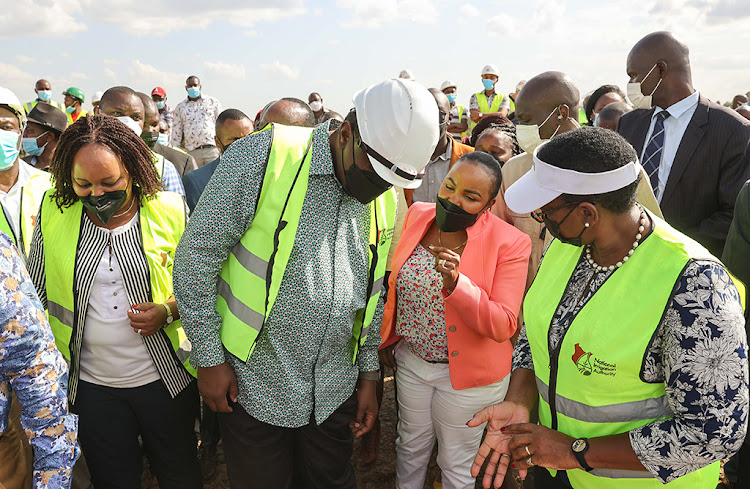