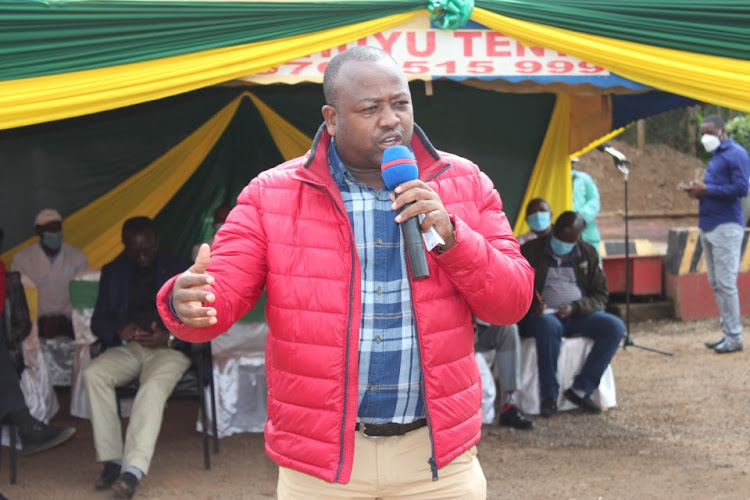 Kenya Tea Development Agency will reduce the interest rate charged on loans issued to farmers from 21 to eight per cent.

Board chairman David Ichoho on Monday said the charges are exorbitant and make it extremely hard for farmers to repay loans borrowed from Green Fedha, KTDA’s affiliate company.

The chairman spoke at Githambo tea factory in Murang’a.

Families have been complaining about the company for years, wondering why KTDA issues annual bonuses and meagre monthly payments.

They say their meagre earnings force them to take loans as they await the annual October bonuses.

Ichoho noted that Green Fedha was formed to serve farmers but has instead been worsening their situations. He said the new charges will come into effect in December.

The chairman said farmers have been buried in debts that could deny them access to their annual bonuses for up to three years.

He, however, noted that only 20 per cent of over 650,000 smallholder tea farmers took loans from the company and the majority are served by local banks and micro-finance entities.

“Most of these financial institutions offer loans that have extra charges, exploiting farmers,” he said.

The lowered interest will provide an opportunity for farmers to access cheap loans as the reforms aimed at boosting their returns continue to take shape.

The board has also passed a resolution to have the company’s name changed from Green Fedha as the chairman had fallen out of favour with farmers.

This is among a raft of changes being effected in the sector to boost farmers’ earnings and streamline structures.

The board is in the process of establishing Chai Logistics Centre to help consolidate all tea in Nairobi. The centre will have warehouses that will be used to store tea as auctioning goes on in Mombasa.

“We only need to send tea samples and catalogues to the auction, while the bulk of tea is stored in Nairobi. The tea will then be transported from Nairobi to the port through the standard gauge railway,” Ichoho said, adding that KTDA will negotiate fair tariffs with SGR.

This will help cut both transport and storage fees and serve to increase farmers’ earnings. The chairman further noted that farmers will receive their annual bonuses from October 24 and will receive subsidised fertilisers before month-end.

Ichoho and his new board were inducted in July this year, with lawyer Patrick Ngunjiri replacing John Omanga as company secretary. He appealed for farmers’ patience, saying the sector had been overtaken by cartels.

Ichoho, however, reiterated the commitment by state and stakeholders to ensuring the sector, which supports over seven million people, is cleaned up.

He also pointed out that the agency is creating awareness of the need for farmers to diversify their agricultural activities to boost their earnings.

“We are training farmers to venture into dairy and other activities to supplement their tea earnings and uplift their lives,” he said.