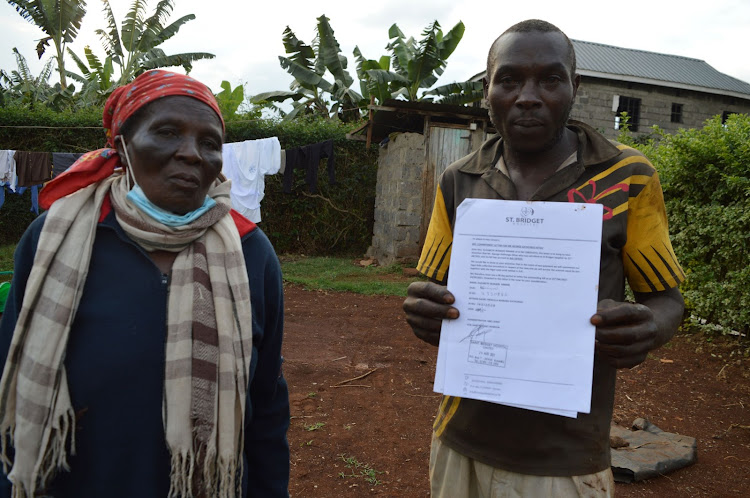 A family in Kiambu is in distress over Sh2 million hospital bills they have to clear before the body of their loved one can be released for burial.

Zachary Gitau of Nyagoti village in Ikunu, Githunguri, said the body of his father, George Gathungu, has been detained at Chiromo Mortuary. They have appealed for help.

Gathungu died of Covid-19 aged 79. He was admitted to Beleview South Hospital in South C, Nairobi, and incurred Sh1.67 million in treatment expenses. This is part of the bill to be cleared as they also owe another hospital.

The family has raised Sh500,000 and will have another fundraiser on October 31 at Nyagoti PCEA in Ikinu, Githunguri.

Gitau said they risk losing their land if they fail to pay up. Mortuary bill has also accumulated to Sh45,000 and continues to attract Sh1,000 daily.

"Since our father was admitted to Beleview Hospital and passed on after contracting Covid-19, the bill has risen to Sh1.7 million, though we had paid Sh100,000 for admission.

Gitau said they first took their father to St Bridget's Hospital in Kiambu. However, after first aid, the facility advised them to transfer him to a hospital with an intensive care unit as his lungs were failing.

"We looked for a vacancy at Tigoni Covid-19 Centre, Kijabe and Kiambu hospital but were told they were full and that is when St Bridget's Hospital got a vacant bed at Beleview Hospital where my father was admitted." 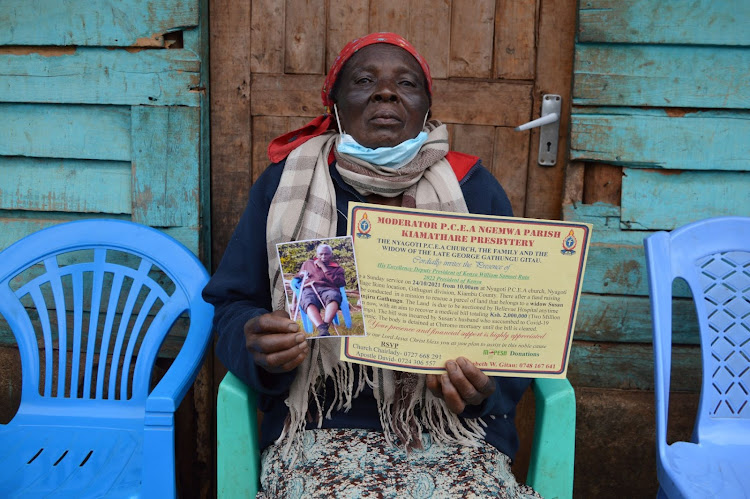 Beleview demanded Sh100,000 for admission on August 21, but the family was only able to raise the money two days later after selling cattle, Gitau said.

They also owe St Bridget Sh167,635 bill and the hospital, in a letter, has informed them to clear the debt.

"We would like to draw to your attention that in the event of non-payment, we will commence our legal debt collection procedure in respect of the case and we will pursue the amount owed by you together with the legal costs until settled in full.

Widow Susan Wanjiru said her husband's sickness and death have had a heavy toll on them. She, too, contracted Covid and was hospitalised. She last saw him alive when he was taken to hospital.

"My husband complained of being thirsty and I brought him water. In the morning he was worse; my sons took him to hospital. At the same time, I was also taken to hospital and told I had contracted Covid-19. Though I was advised to self-isolate, I did not see my husband again. After two weeks, I was told he had passed away," Wanjiru said.

She said they risk being dispossessed of her land if they fail to clear the debt.

"I cannot bury my husband and yet I am told if I am unable to pay hospital debt of Sh2 million, my land will be taken away. I do not know where I will go. I call upon well-wishers to come to my aid," she said. 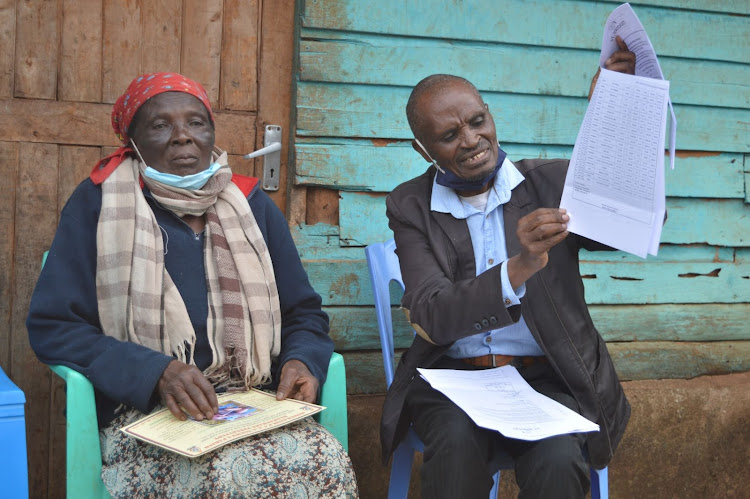 She said they have tried in vain to negotiate with the facility to reduce the bill. She appealed to President Uhuru Kenyatta and Health Cabinet Secretary Mutahi Kagwe to help.

"Our father had an NHIF card but could not be covered in both private hospitals he attended. Covid-19 has left families bankrupt, yet someone wants to reap from even the dead.

"We urge the relevant authorities to intervene and save Kenyans from the huge bills being incurred once their loved ones are taken to hospitals after contracting Covid-19," Elizabeth said.

Last Month, Kagwe, while on a mass rollout of mobile Covid-19 vaccination to the grassroots in Kiambu county, appealed to private hospitals to self-regulate and stop overcharging patients and help the government in achieving affordable healthcare.

"Human beings, especially dead ones, are not worth making profits on. The families are already traumatised and you tell them that they cannot take a body because they owe the hospital over Sh3 million. It is unreasonable, retrogressive, unpalatable and in bad faith," Kagwe said, urging Kenyans to take up NHIF to cover themselves.